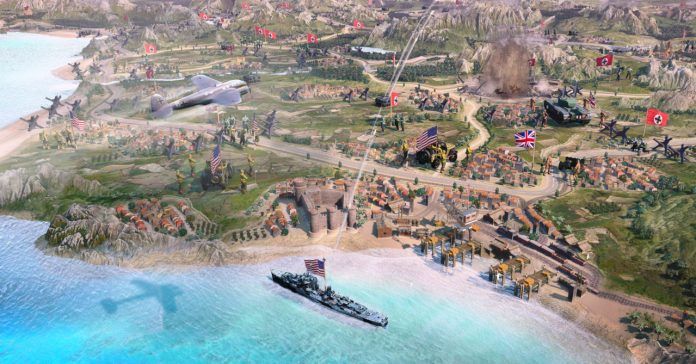 Following the first Developer Diary, SEGA and Relic Entertainment have released the latest installment in the Company of Heroes 3 Developer Diary series, and it gives us a deep dive into the game’s campaign.

This new Company of Heroes 3 Developer Diary is described as:

“Relic Entertainment have prepared a deep dive Developer Diary video, where players can learn more about the origins of the new Dynamic Campaign Map. The Relic devs discuss some of the exciting new systems, decisions players will have to make, and how the new Dynamic Campaign will affect the classic RTS gameplay that players know and love. Players can also find out more about new resources and mechanics on the Dynamic Campaign Map, such as Partisans, Air and Naval forces, and how these systems can be used to turn the tide of the conflict.”

In case you’re unfamiliar, Company of Heroes 3 is the latest entry in the Company of Heroes strategy game series. This upcoming installment is set in the Mediterranean during World War 2, and it will feature several enhancements from the previous titles, including the addition of more dynamic gameplay, and more.

- Advertisement -
Previous articleThe SEGA Winter Sale is now live on the PlayStation Store
Next articleKojima’s P.T. hallway can now be explored via VR