Demon Slayer: The Hinokami Chronicles Enmu and Yushiro & Tamayo to the roster 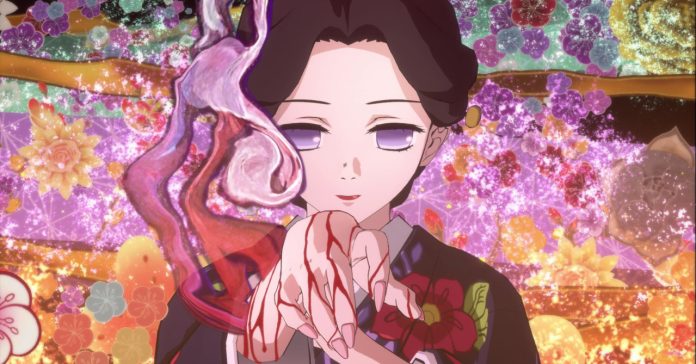 Following the launch of the second update which brought Rui and Akaza, the third free post-launch update for Demon Slayer: The Hinokami Chronicles is now live, and it brings Enmu and Yushiro & Tamayo to the roster. These new characters are now playable in Versus Mode with this new update.

For those who have seen the Mugen Train movie, Enmu is no doubt a familiar sight. But in case you haven’t, Enmu is the Lower One of the Twelve Kizuki — the group of powerful demons that serve directly under Kibutsuji. Enmu served as one of the main antagonists in Mugen train.

In The Hinokami Chronicles, Enmu has attacks with long reach, and he is also good at chasing people down with projectiles.

Meanwhile, Yushiro & Tamayo are demons that Tanjiro and company met during the first season of Demon Slayer. Both demons are good guys, and Tamayo specifically is researching demons with the hope of taking revenge against Kibutsuji.

In-game, Yushiro & Tamayo function as a single character, though Yushiro functions as the primary fighter with his own moveset. Yushiro can be summoned by utilizing a Demon Skill.

Demon Slayer -Kimetsu no Yaiba- The Hinokami Chronicles is out now on PS5, PS4, Xbox Series X|S, Xbox One, and PC.