Slaanesh is the youngest of the Chaos Gods. 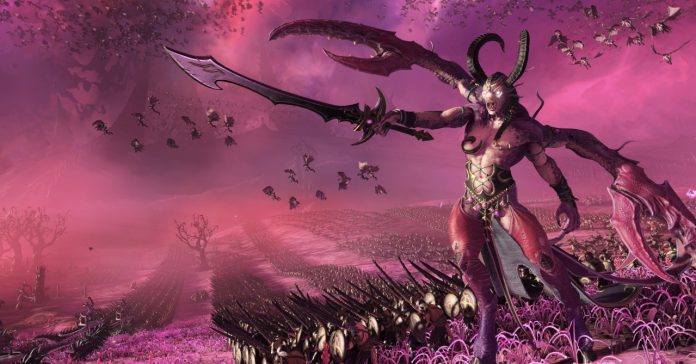 After the recent reveal of Nurgle, SEGA and Creative Assembly has given us our first look at Slaanesh in Total War: Warhammer 3.

Check out the reveal of Slaanesh here:

Leading the armies of Slaanesh is N’Kari, the Arch-Temptor. On the battlefield, he is a fast and vicious Daemon that excels in hunting isolated character and units. Plus, N’Kari has the unique passive ability, Harvester of Souls which heals him whenever an enemy unit has been fully killed nearby, letting him prey upon even more enemies.

On the campaign map of Warhammer 3, factions of Slaanesh feature the following mechanics:

Total War: Warhammer 3 will release on February 17, 2022, and the game will be available on day one with Xbox Game Pass for PC.