Forspoken Preview | An Isekai game with a Western flair

Forspoken promises a mix of a narrative-driven adventure with unique gameplay mechanics! 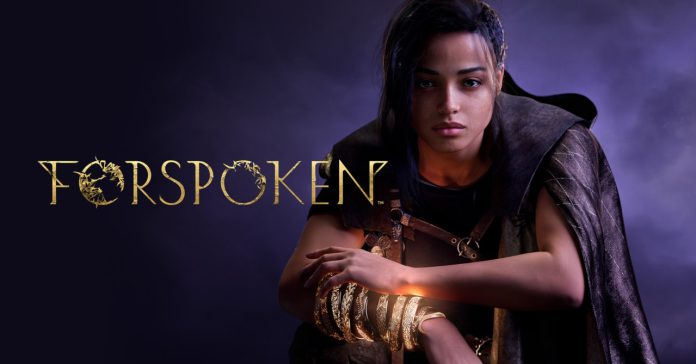 First revealed as Project Athia at last year’s PlayStation 5 Showcase, Square Enix released a new trailer for Forspoken at The Game Awards 2021, and it gave us a short preview of what to expect as well as an official release date. Though ahead of the new Game Awards trailer release, Square Enix gave members of the press a hands-off preview of the game. And during this preview (which we got to attend), Square Enix delved a bit into the game’s story, and finally showed off more of Forspoken’s unique gameplay.

In case you haven’t seen the trailers for the game, Forspoken is an open world action game where the main protagonist gets brought into a fantasy world and must embark on an unknown quest. So yes, Forspoken is essentially an isekai – a popular genre in anime where a person is transported into a new world. Though instead of having an anime style, Forspoken instead has a more Western feel to it.

How does the game feel Western you might be wondering? For starters, the game stars British actress, Ella Balinska as Frey Holland, a 21-year-old New York native who starts the game at a low point in her life, but she then finds herself transported into the land of Athia. While we don’t know a lot of details about how this happened, what we did learn from the preview is that she must find her way home while trying to survive Athia as the land is beset by The Break, an apocalyptic, fog-like phenomenon that consumes all living things it engulfs. 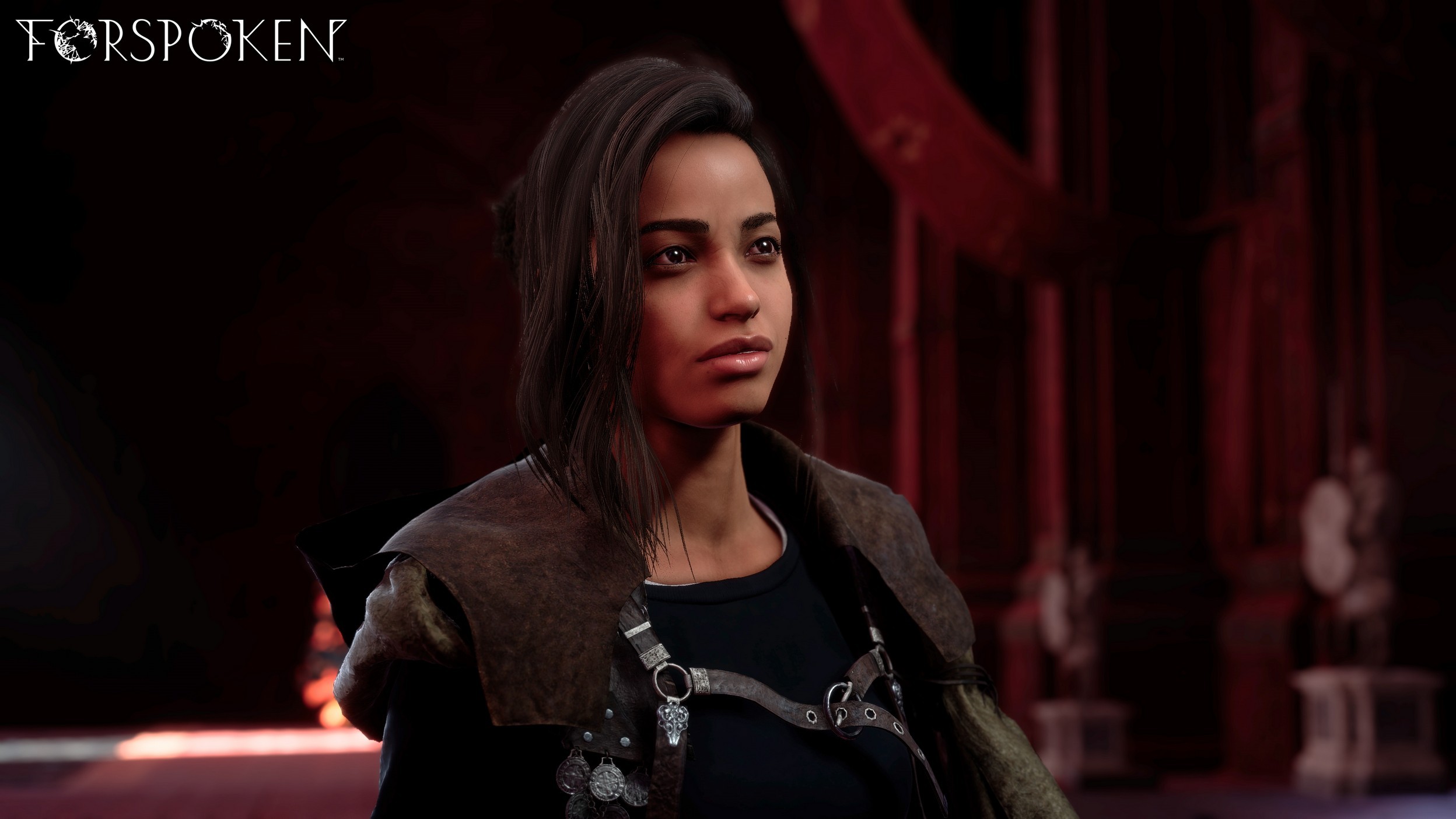 Aside from having a decidedly Western main character, Forspoken’s fantasy world also has a look and feel that’s more in line with Western fantasy. Adding to this is the fact that Forspoken is written by an all-star cast of writers from the West, including the likes of Amy Hennig, Gary Whitta, Allison Rymer, and Todd Stashwick. Even though the game’s directors and studio are Japanese, the creatives (at least in the story department) hail from outside Japan.

We can’t comment yet on how this will translate into the final game as we haven’t seen much of its story yet. But what we do know is that Forspoken’s story is a key component of the game, and that it will explore themes of tribes and family.

While Forspoken promises to be a narrative-driven title, that doesn’t mean gameplay will have run-of-the-mill action mechanics. In fact, Forspoken’s gameplay looks interesting as it promises a unique mix of magic-based combat and parkour.

There are lots of third-person open-world action games out right now, but for their combat, these games mostly have either melee weapons or ranged combat with guns or bows. As for Forspoken, combat revolves around the various magic abilities at Frey’s disposal. 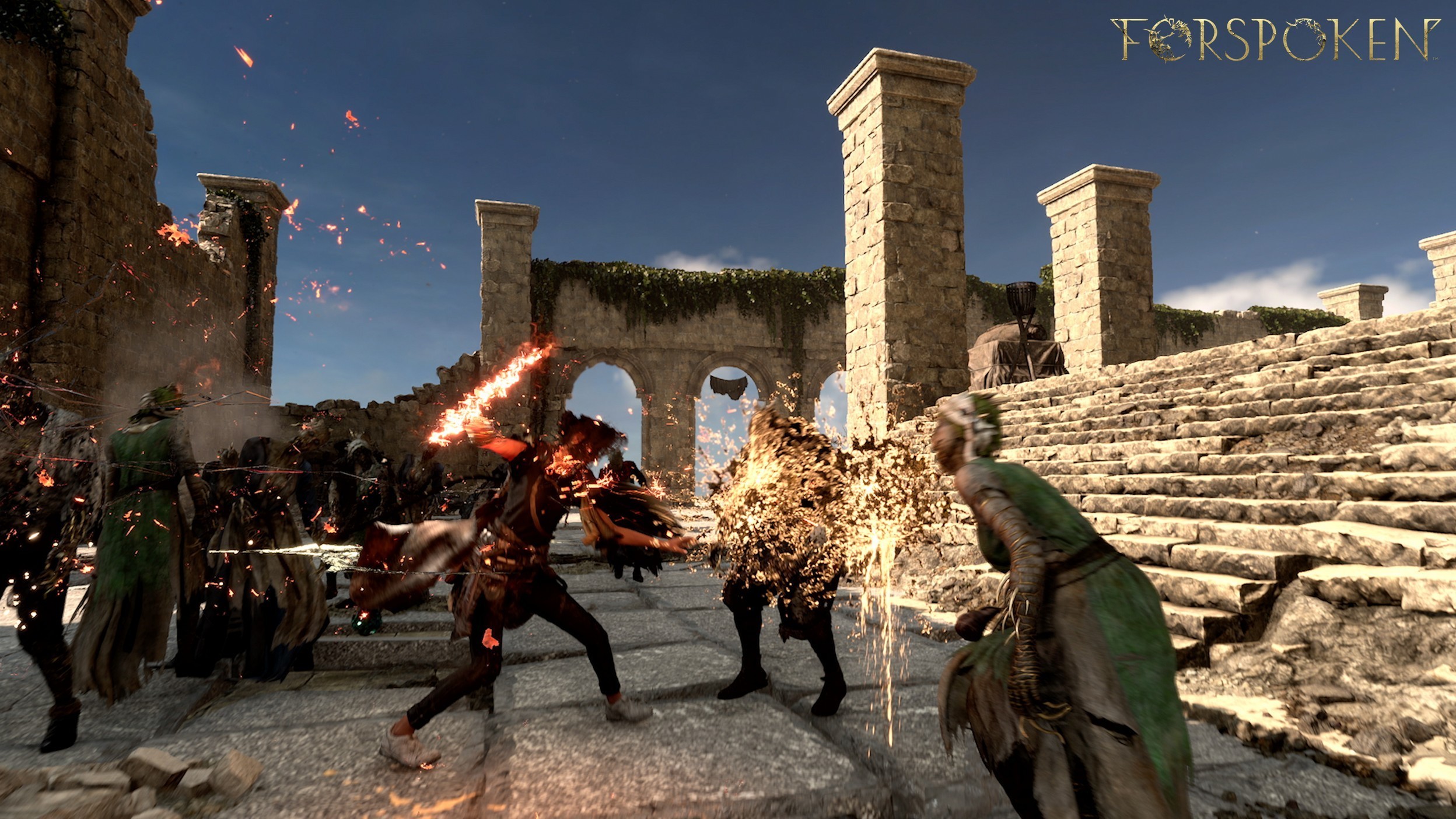 The preview showed us several magical abilities, ranging from projectiles that can be shot out, to big area of effect spells. While there are some closer range abilities, from the looks of it, the name of the game is to blast enemies with magic while dodging enemy attacks. Given that we still haven’t seen that much of how it plays, we found it hard to think of a similar game. Though we think it is a bit reminiscent of Infamous in terms of how combat flows, but with a lot more spells to choose from.

Another key component in gameplay is parkour. In Forspoken, Frey has a lot of movement abilities that help her traverse the open world and can also help in a pinch when surrounded by enemies. The number of parkour abilities in Forspoken promises to give the game a fast and dynamic feel, whether in exploration or in combat. Plus, the developers have promised that these parkour skills will be usable in most of the map, and not just in select areas (unlike in other games where you can only climb or use traversal abilities in designated colored/marked areas). 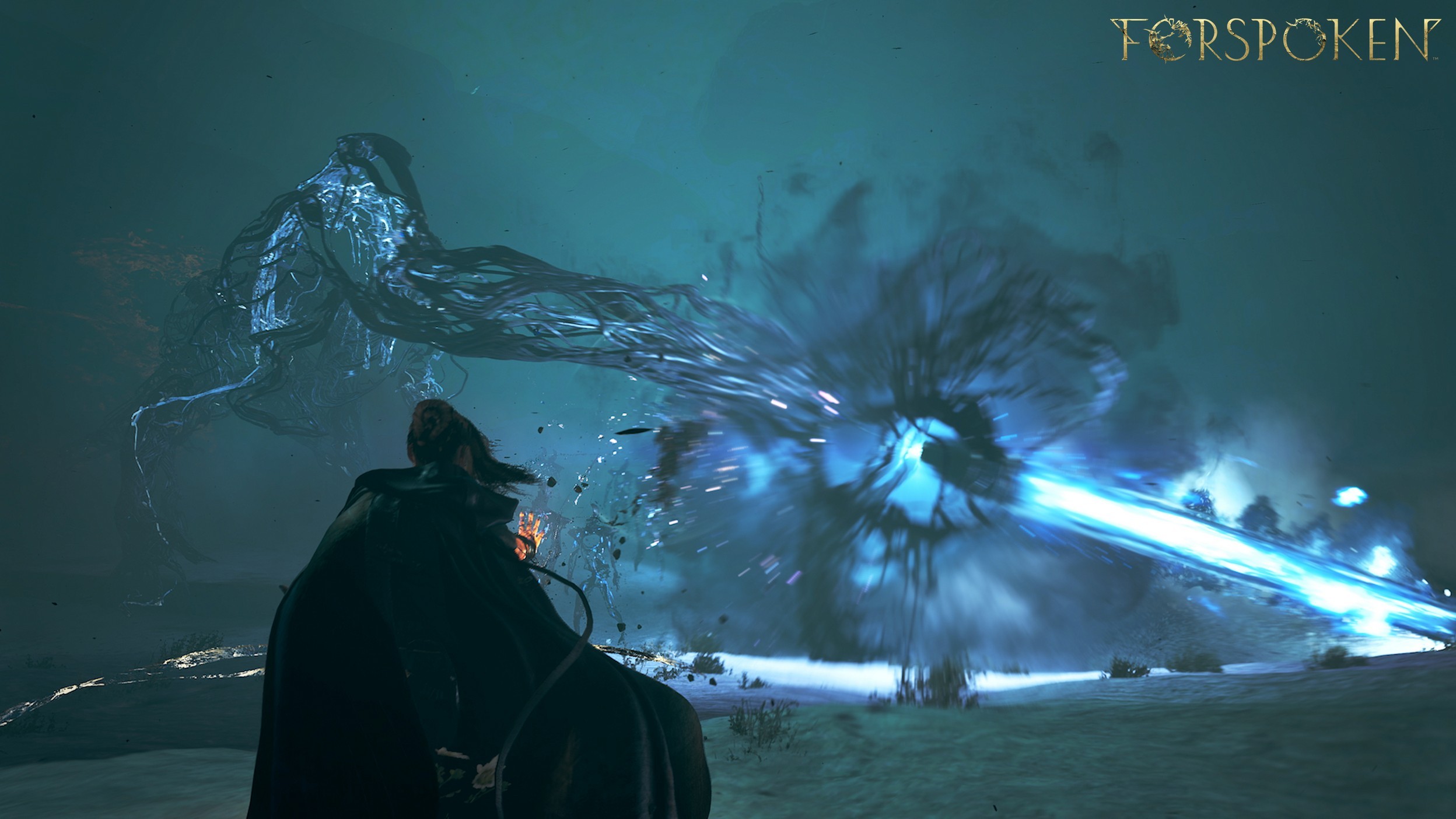 Based on the fairly short preview, we can say that players will need to master both magic and magical parkour as the game has lots of dangerous enemies within The Break. Aside from large groups of enemies, the game will also feature boss fights against massive foes which, based on the hands-off preview, should be a major challenge.

To help players out with these challenging encounters, the game allows players to get more magical abilities with the game’s skill tree. Then there are also cloak and necklace wearables that provide buffs; there’s even an option to change Frey’s nail art to give her even more buffs.

Most of the combat in the game takes place in The Break, the fog that is engulfing the land of Athia. While there are big cities outside the Break, within it are mostly enemy encounters. Though there are also safehouse in the Break that players can rest at. These safehouses are also where players can craft items to help them along their journey.

Speaking of journey, while Forspoken is said to have a narrative-driven adventure, the game is still an open world title with various side quests to do. Currently, we don’t have much of an idea yet on where the main story will go, but the fact that there are side quests means we are expecting Forspoken to have a substantial playtime. Though of course, we’ll have to wait and see to find out how big this game truly is. 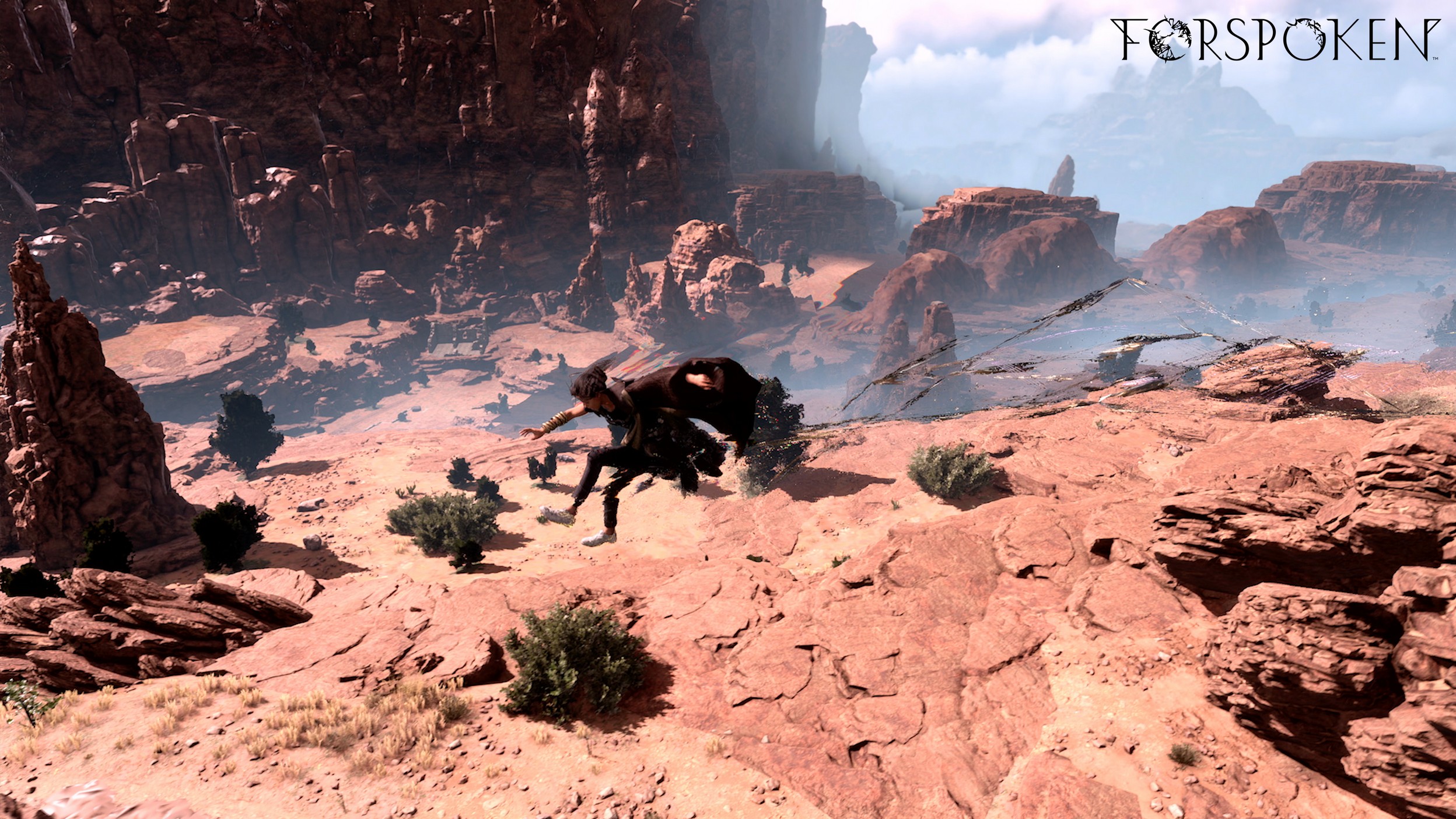 The recent hands-off preview for Forspoken finally gave us more of an idea on what to expect with the game. Basically, Forspoken has an isekai premise, but with a Western twist, and its story is a key component of the overall experience. Though this isn’t just a pure story game as it also promises to give a unique gameplay experience with its interesting magical combat and parkour elements.

Based on what we’ve seen of the game, Forspoken is a promising open world action game, but we still want to know more about the game’s open world and how it feels to play before we jump into the hype train.

- Advertisement -
Previous article
Persona 3 Portable Remaster rumored to be in the works
Next article
Forspoken: What makes the Luminous Engine unique?