Genshin Impact celebrates Dragonspine anniversary with an event in the Alps

miHoYo is celebrating the Dragonspine first anniversary in style! 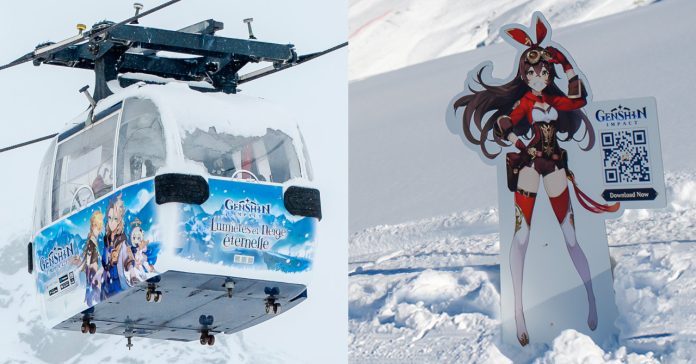 December 2021 marks the first anniversary of Dragonspine, the first map expansion of Genshin Impact. And to celebrate this event, miHoYo has teamed up with Europe’s highest ski resort – Val Thorens – for an offline collab. On top of this, fans can also participate in a series of web events to unlock a variety of rewards and a grand Alps Waypoint Lighting Ceremony broadcast this January.

The main component of the celebration is no doubt the event in the Alps. Much like the HoYo Fest collab cafe, visitors of the Val Thorens ski resort in the Alps can enjoy skiing while being surrounded by Genshin-Impact themed areas. Specifically, the resort’s Gondola Lifts and other areas are given Genshin Impact designs. Plus, skiers can even spot several standees of their favorite characters.

In case you’re unfamiliar, the Dragonspine expansion is a frozen mountain range that’s covered by snow all year round. Given Dragonspine’s snowy environment, it should come as no surprise that the developers were inspired by the Alps while creating the expansion. 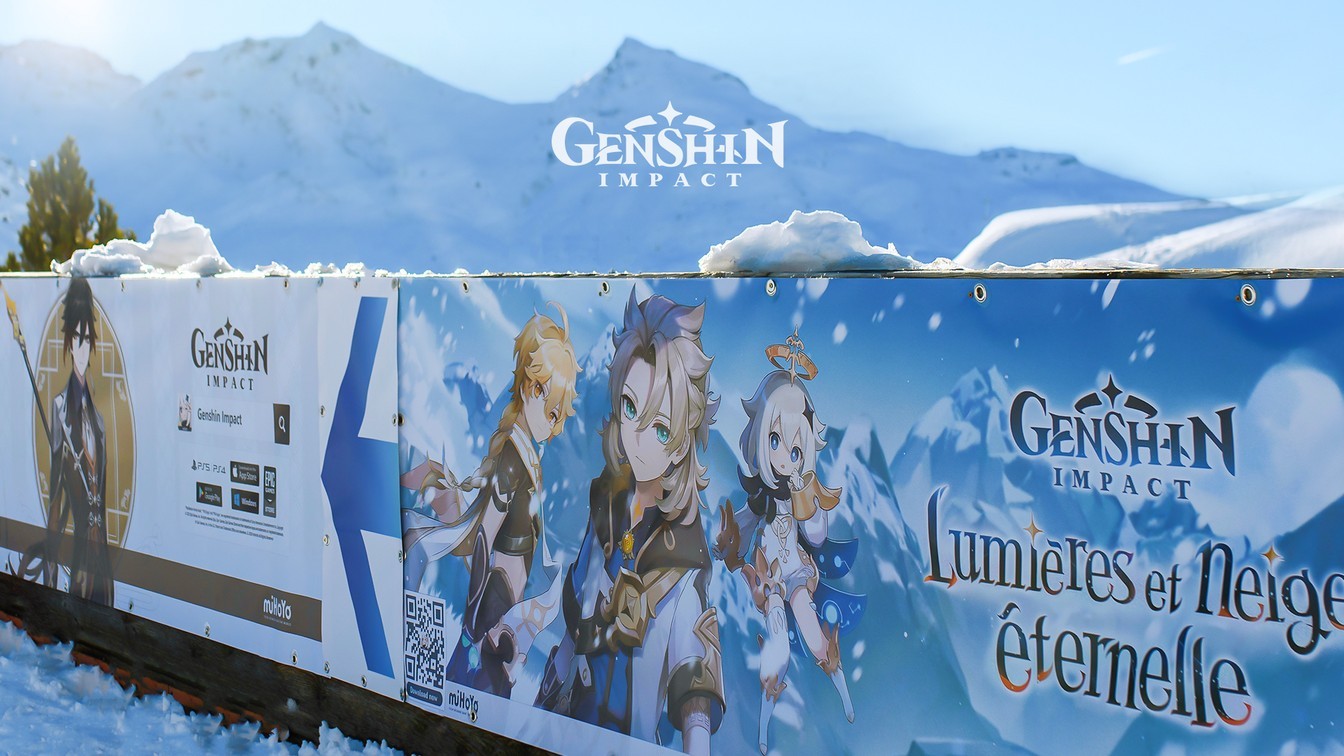 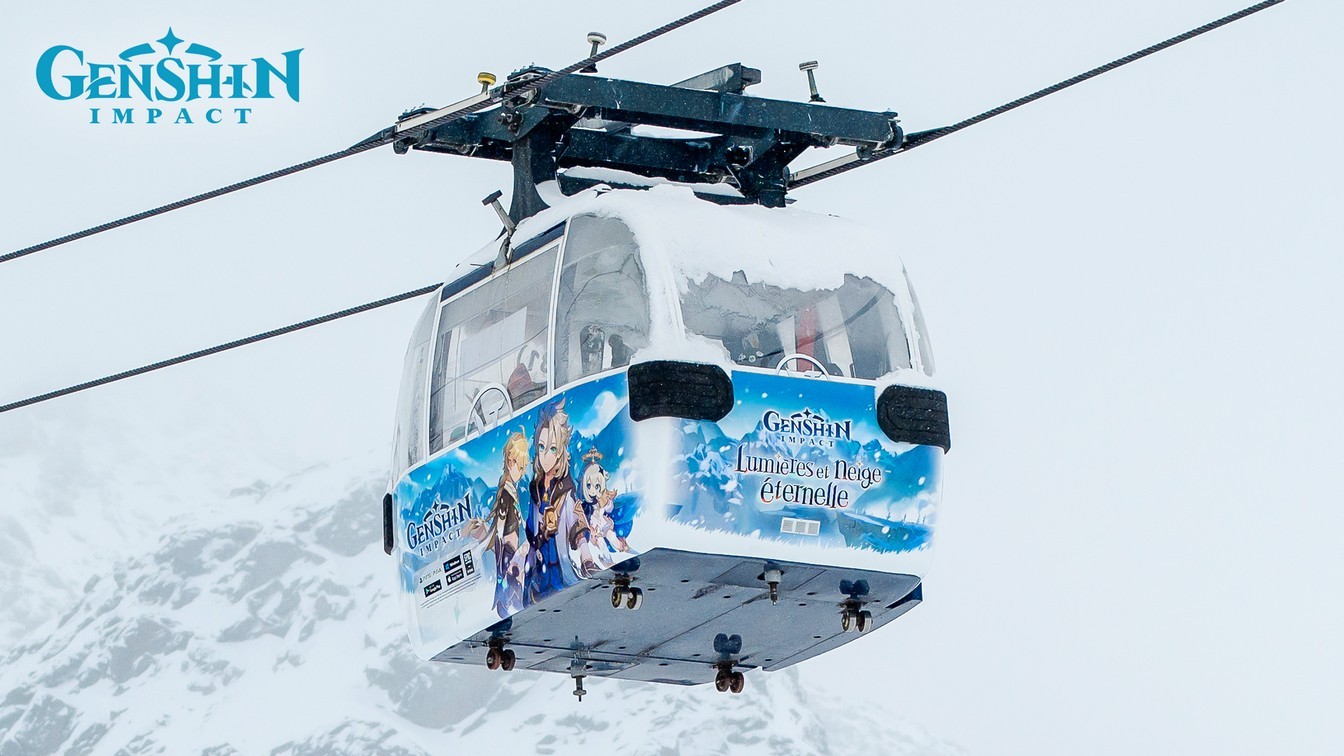 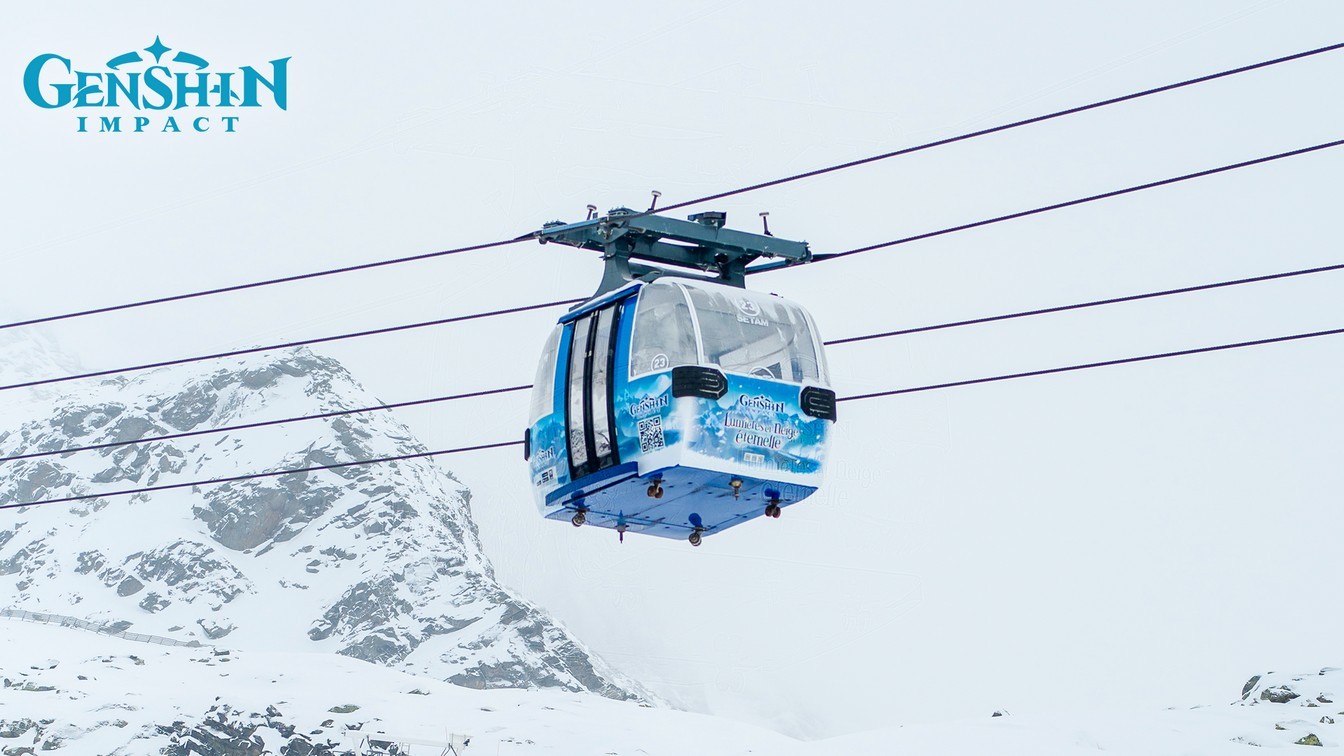 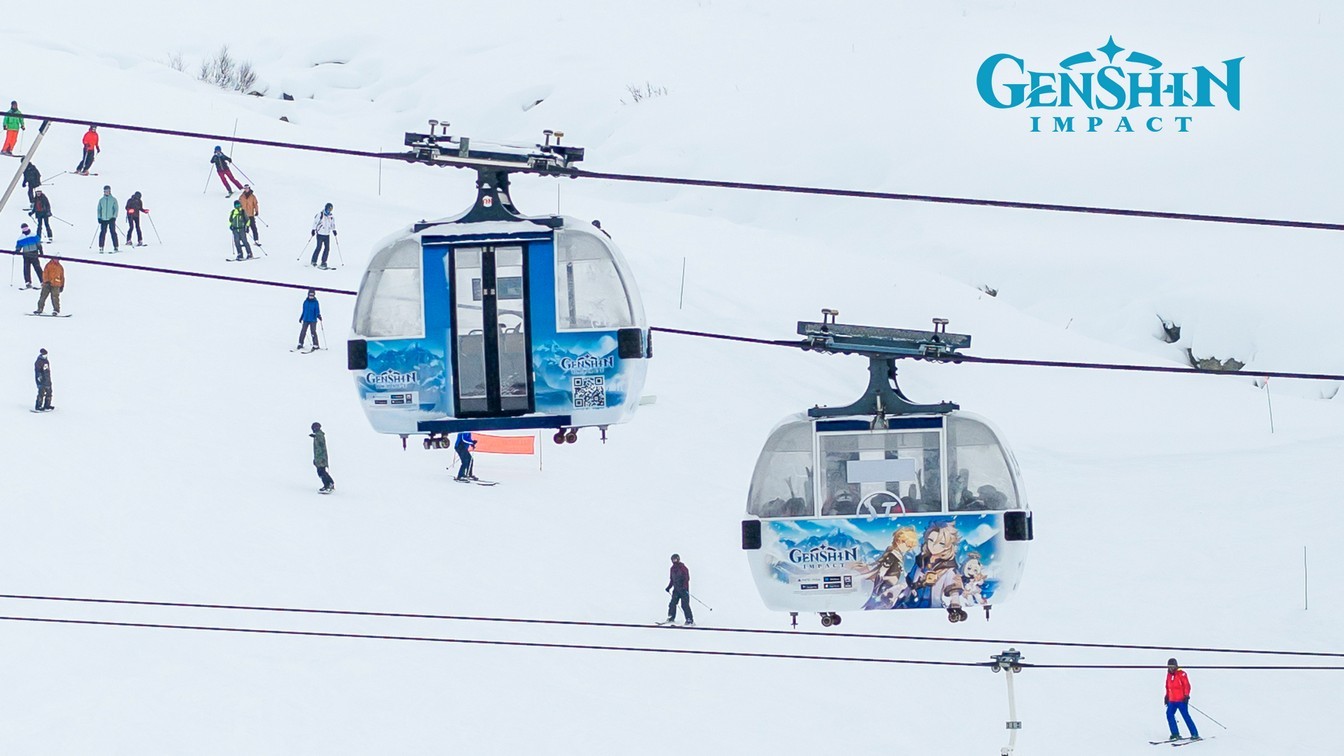 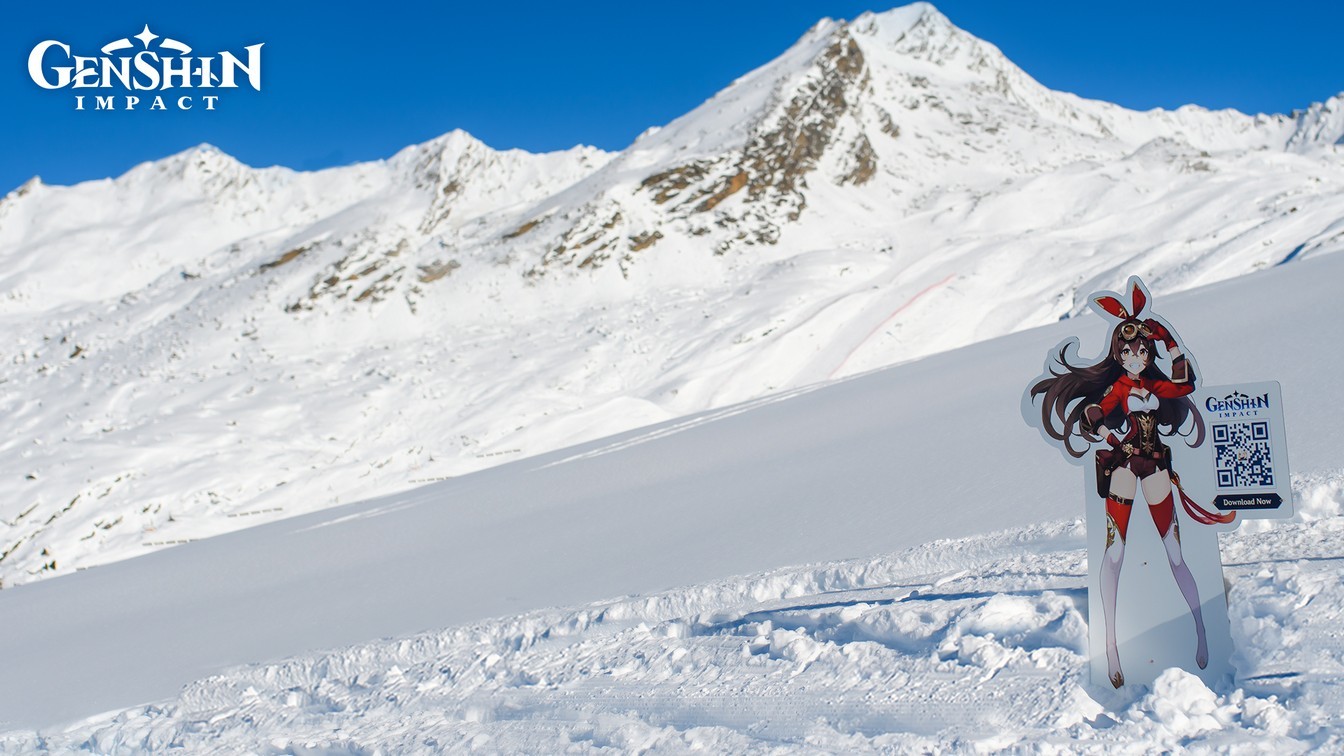 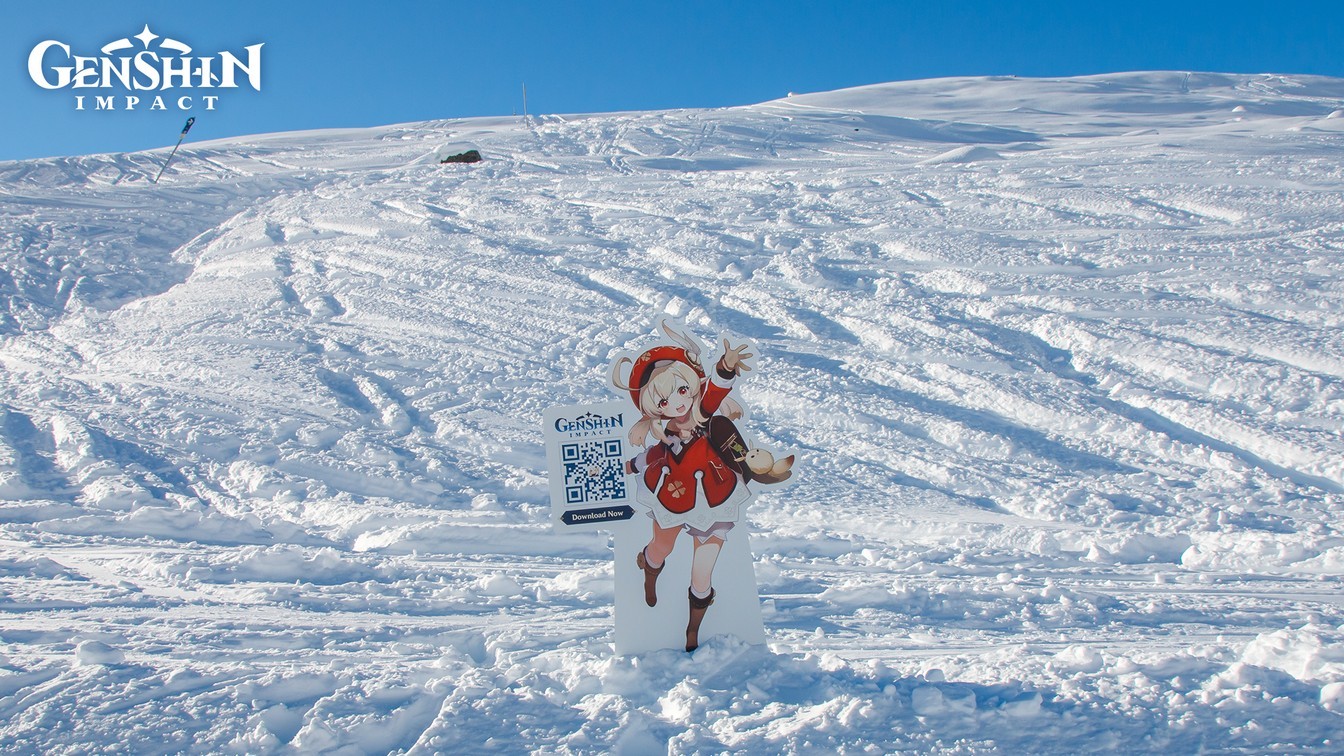 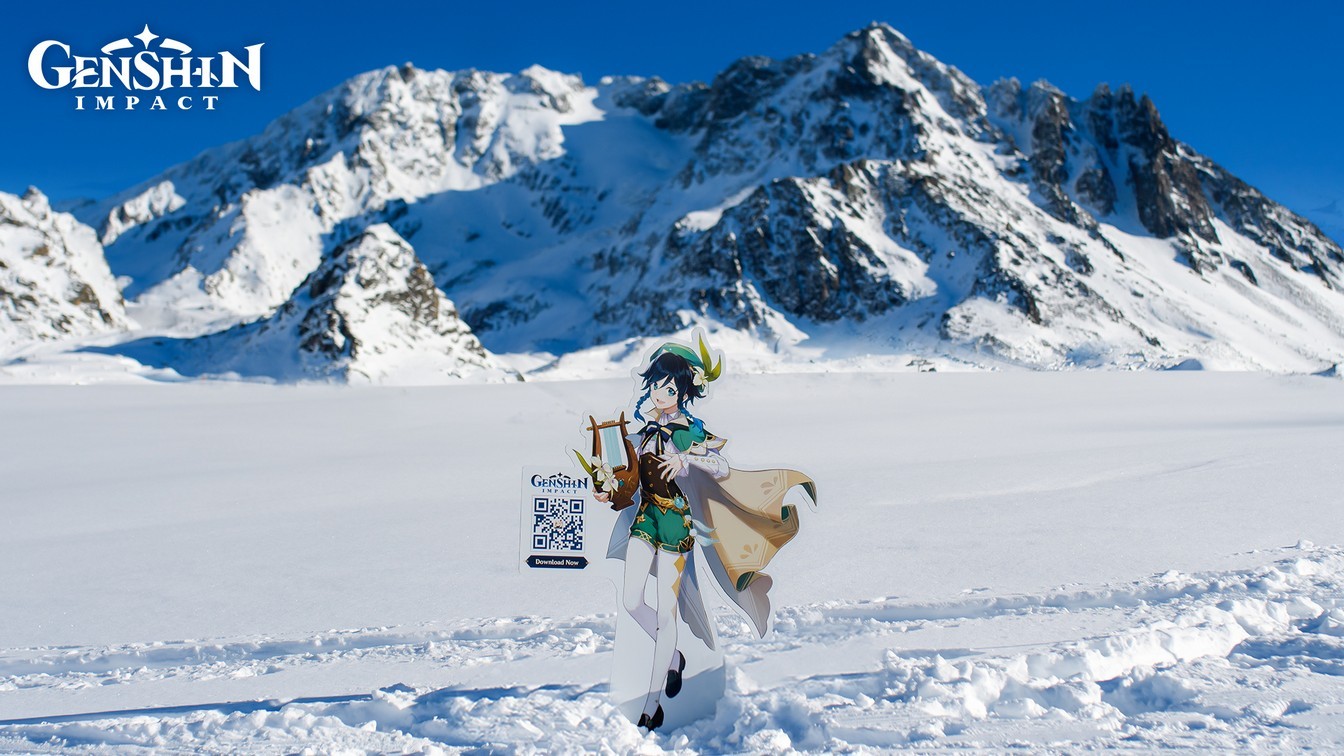 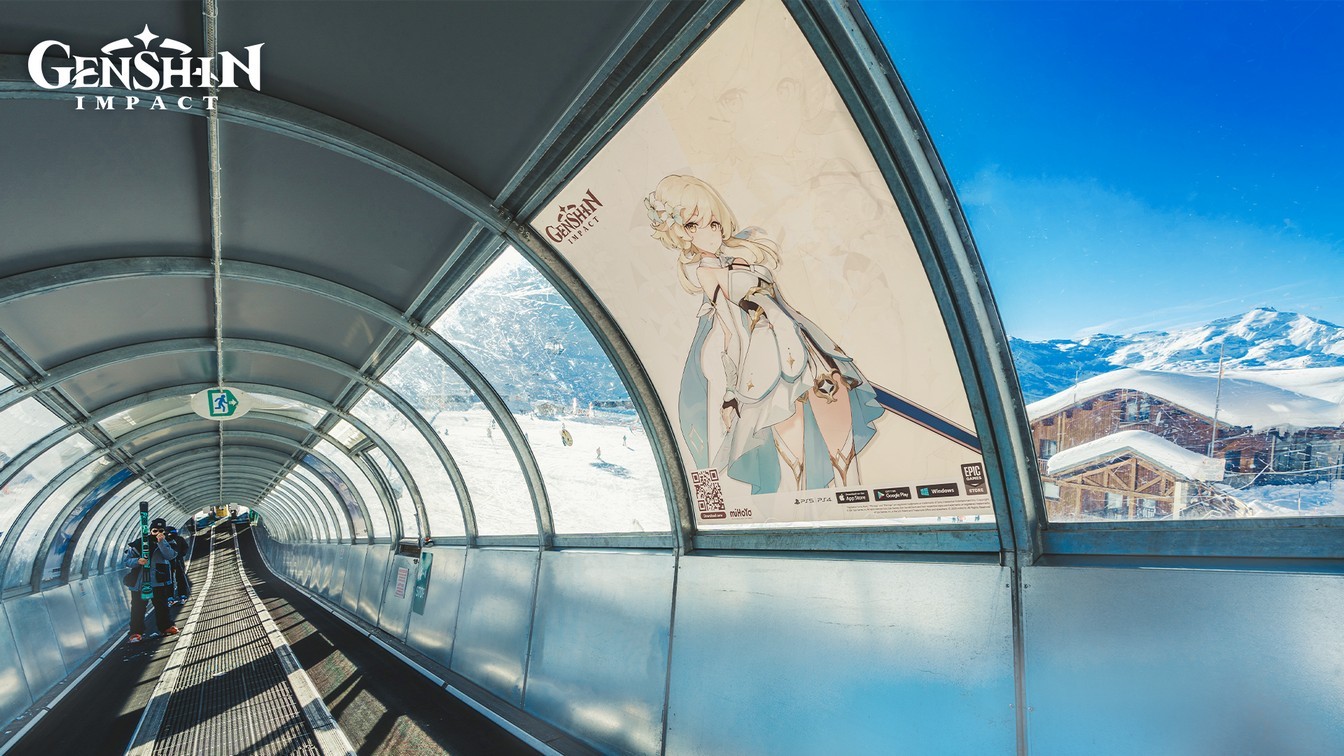 Not everyone can travel to the Alps now, though players can explore stunning sceneries online, and have a chance to send their wishes atop the Alps in the celebration’s online component.

Fans can participate in the celebration by joining the “Enchanting Journey of Snow and Stars” web event. How it works is that players online can help light up a special Teleport Waypoint placed in the Alps to claim various rewards, including a customized photo card featuring the snowy peak and their favorite character.

Participants who write down their wishes in the event will have a chance to send them on the Tree of Wishes atop the Alps. Once the number of participants reaches one million, a special Alps Waypoint Lighting Ceremony will be broadcast in mid-January on Twitch, YouTube, and VK. 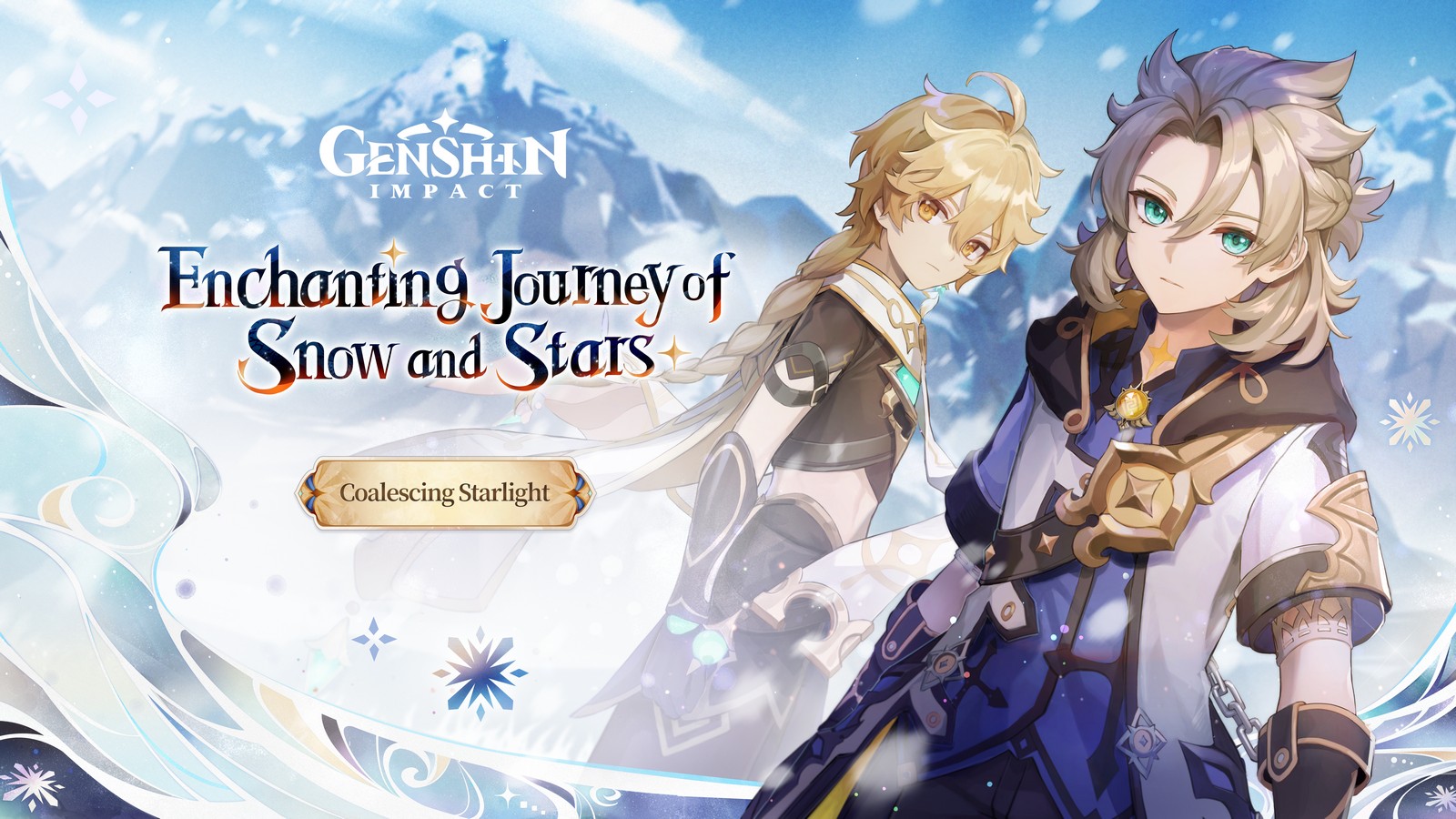 For more info and to join the web event, visit: https://mhy.link/b774OCA6.