The Company of Heroes 3 Multiplayer Pre-Alpha is now live

Here's your chance to try the game out early! 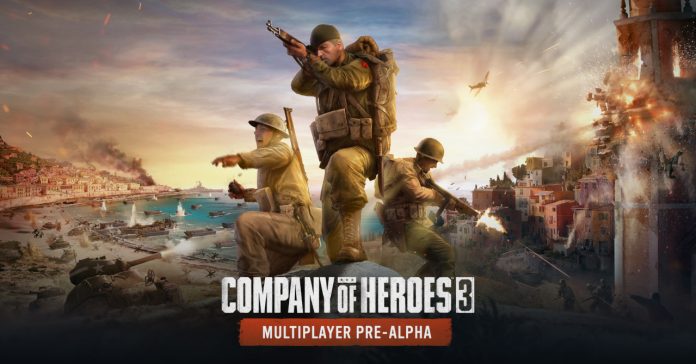 Following the game’s release in 2022, Relic Entertainment and SEGA Europe have announced that the Company of Heroes 3 Multiplayer Pre-Alpha is out now on Steam.

The Pre-Alpha lets players jump online and get to try out the game’s multiplayer combat. Specifically, this Pre-Alpha features four Italian maps in a variety of game modes, including co-op vs AI opponents, competitive PvP, and Skirmish vs AI. These game modes will also let players try out the new features in Company of Heroes 3, including Full Tactical Pause in skirmish mode, vehicle side armour, Verticality, Battlegroups, and Veterancy. As playable for factions, players can choose from either the US forces and The Wehrmacht. More factions will be revealed in the run up to launch.

Players that already have a COH-Development account and have played the first Pre-Alpha can simply head over to their Steam library and download the game. Meanwhile, new players can sign up to COH-Development for free https://community.companyofheroes.com/ and link their Steam account to get access to the Pre-Alpha.

Company of Heroes 3 releases on PC sometime in 2022.