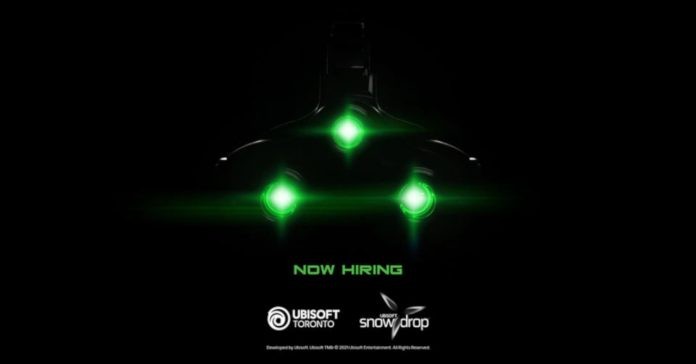 Following recent reports that a new Splinter Cell game is in development, Ubisoft has just confirmed that it is working on a Splinter Cell Remake.

While Ubisoft made the new Splinter Cell game official, the game is still very early into its development.

You can check out the game’s official reveal here:

According to the official announcement post on the Ubisoft news site, Ubisoft has recently greenlit the development of the remake, and the game’s development will be led by Ubisoft Toronto. And yes, the remake will be a built-from-the-ground-up version of the classic stealth game, and not just a basic remaster.

Other details for the game include the fact that it will be built on Ubisoft’s own Snowdrop engine, which is the same engine used in Avatar: Frontiers of Pandora and the upcoming Ubisoft Star Wars game.

Finally, Ubisoft Toronto announced that they are currently hiring for the development of the upcoming Splinter Cell title.

A Splinter Cell remake is underway at @UbisoftToronto. Learn more about the project and how you could join the team:https://t.co/XOeGAfS7ac pic.twitter.com/9gqZEJ9OyJ

Given that Ubisoft Toronto is still hiring, the remake’s release is surely going to be a couple of years away. Even if we still have to wait quite a while, there’s no doubt that this is good news for long-time Splinter Cell fans. After all, there hasn’t been any new Splinter cell game in nearly a decade.