The new Neon teaser sounds a lot like Alodia. 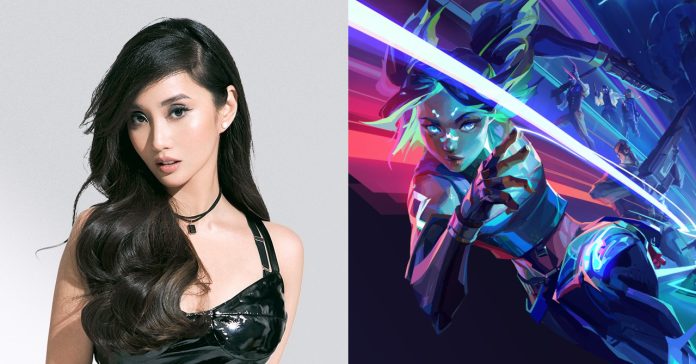 UPDATE (01/06): The voice actor for new Valorant agent Neon has been confirmed, and it’s not Alodia Gosiengfiao. Instead, she is voiced by Vanille Vasqeuz.

Riot just released a new teaser for Neon, the upcoming Filipino Valorant agent, and it seems like she is voiced by Alodia Gosiengfiao!

Just recently, the official Valorant Twitter dropped this video which has Neon talking to her parents. While the teaser does not show Neon herself, it does feature her voice which sounds rather similar to Alodia’s voice.

Further fueling the theory that Neon is voiced by Alodia is a recent post by Tier One Entertainment. In the post, Tier One basically shared Neon’s voice line from the teaser. And in case you’re unfamiliar, Alodia is a key figure in Tier One.

Of course, there’s no word yet on if Alodia does indeed voice the next Valorant agent, Neon. For all we know, it could also be Ylona Garcia, a Filipino singer who recently dropped a song to promote Neon’s upcoming release. It could even be another Filipino voice actor as well.

As for Neon, this upcoming Valorant agent has not been fully revealed yet, but Riot has released several details about her over the past weeks. After getting teased via in-game voice lines and a teaser video released during Valorant Champions.

What we do know about Neon is that she’s an upcoming agent hailing from Manila, Philippines. And based on various reports, she will have electricity-based powers, and will have a sliding ability.

As the next agent for Valorant Season Episode 4 Act 1, expect an official reveal very soon.