Here are the biggest gaming trends on Twitter in 2021 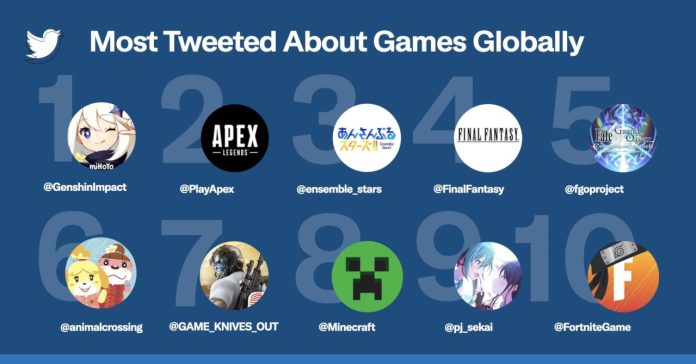 Twitter has just released its 2021 Year in Review, and here’s a quick rundown of the biggest gaming trends from the past year.

Meanwhile, here are the top countries that Tweeted the most about gaming from last year: 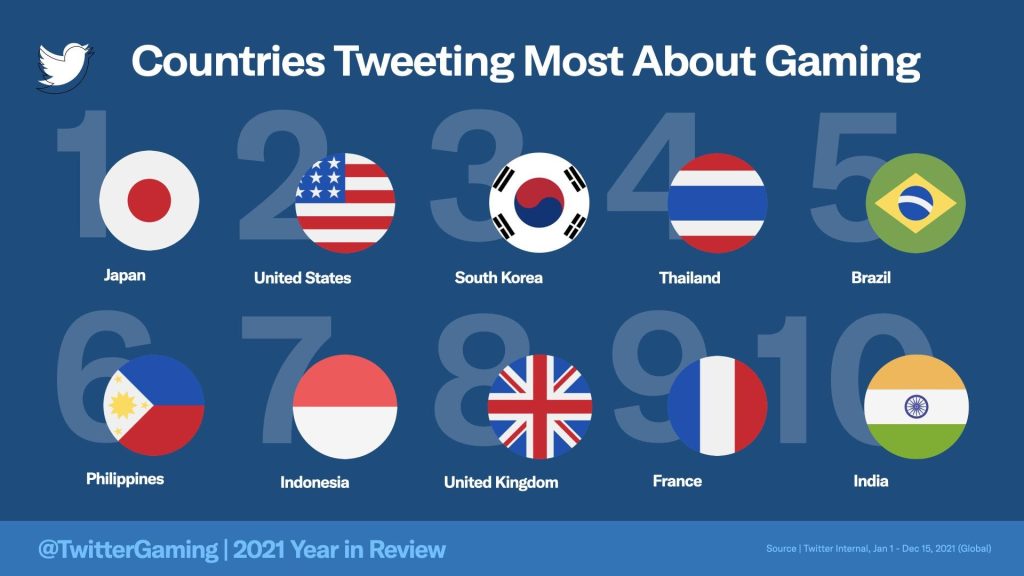 The top 5 countries remain unchanged from the 2020 Year in Review, though Thailand switched places with Brazil to claim the 4th spot. Meanwhile, the Philippines jumped to the #6 spot. For comparison, the Philippines ranked 9th in gaming Tweets back in 2020.

Now, here’s a look at the biggest games that trended on Twitter globally last year: 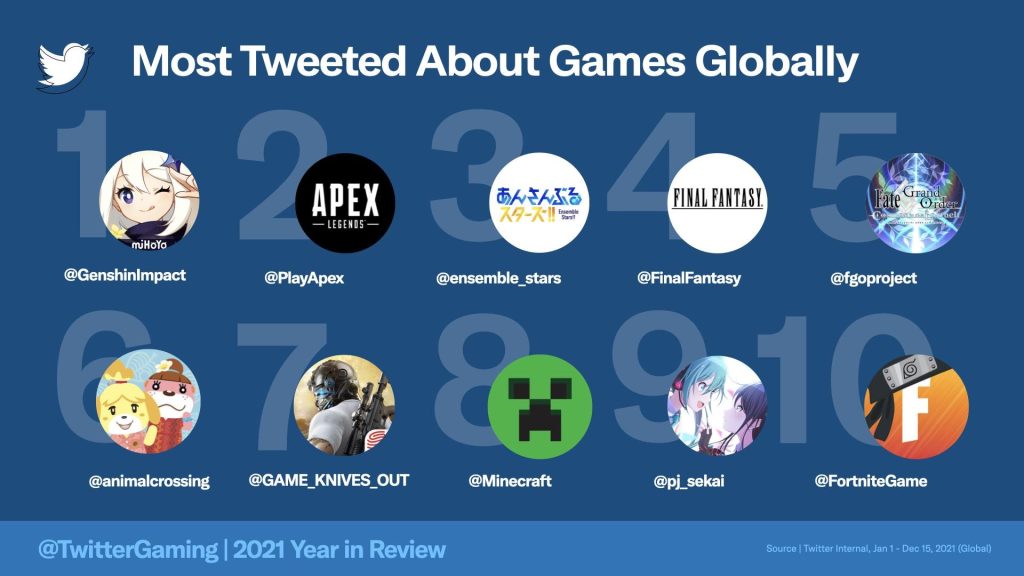 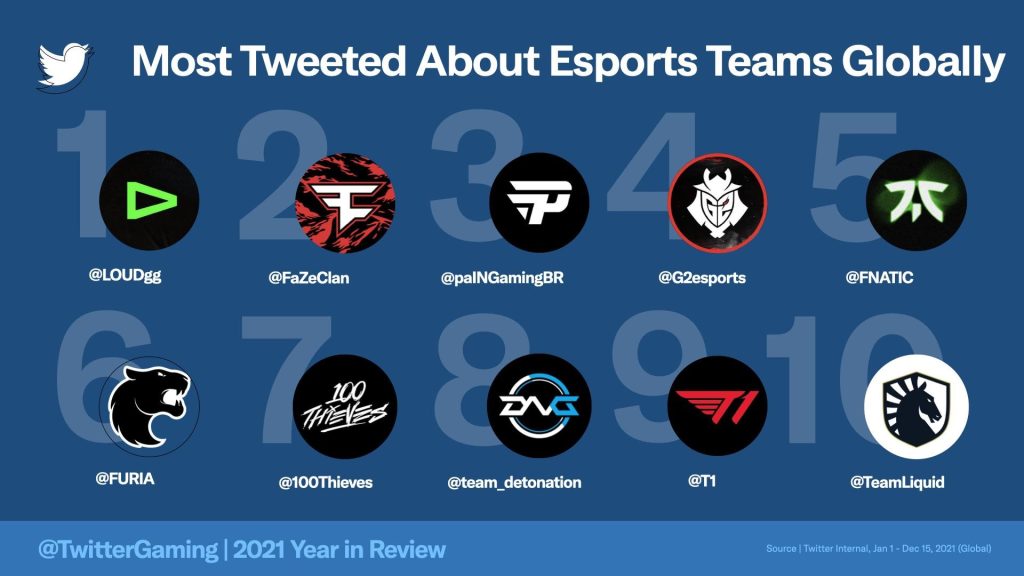 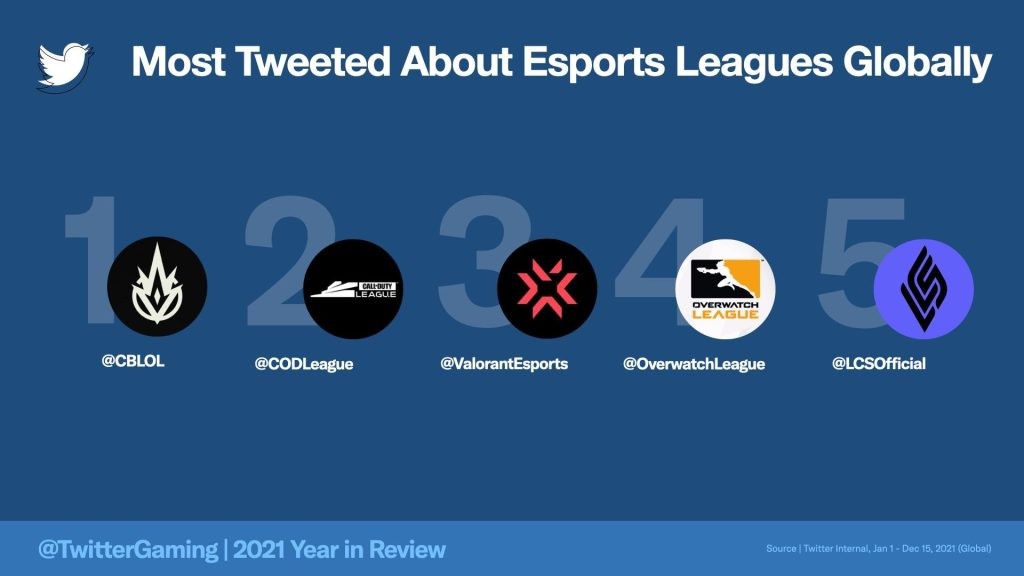 Unsurprisingly, it was Genshin Impact that took the top spot in terms of global gaming Tweets in 2021, further showing how popular the game continues to be. Meanwhile, the most Tweeted esports Teams and Leagues are both from Brazil, showing how active the country is in esports.

In the Philippines meanwhile, here’s a look at the games that trended: 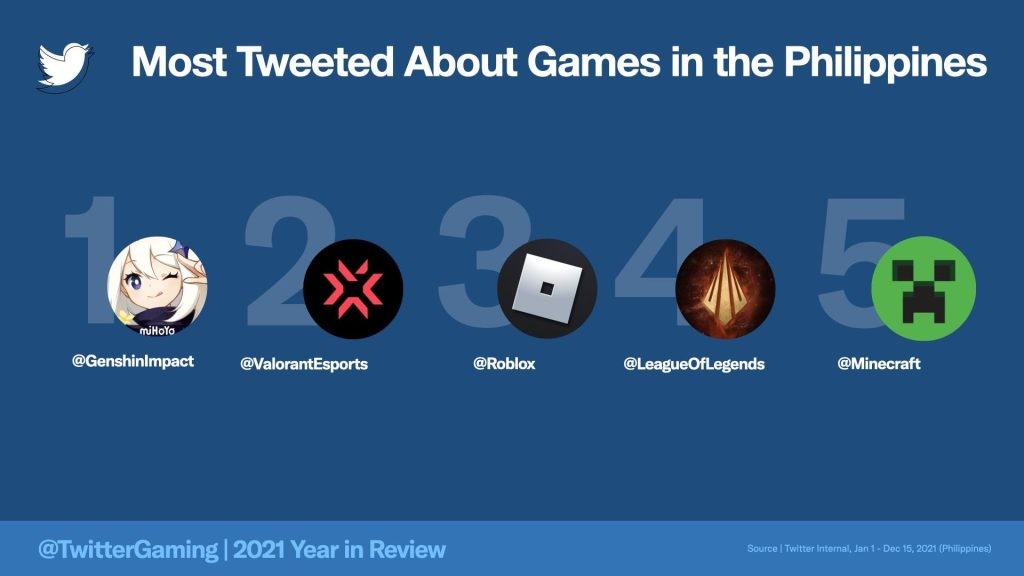 Similar to the global ranking, Genshin Impact proved the be the most Tweeted game in the Philippines. But instead of Apex Legends being second, it was Valorant that proved to be incredibly popular in the Philippines (on Twitter that is).

Finally, here are the most Tweeted esports teams in the Philippines: 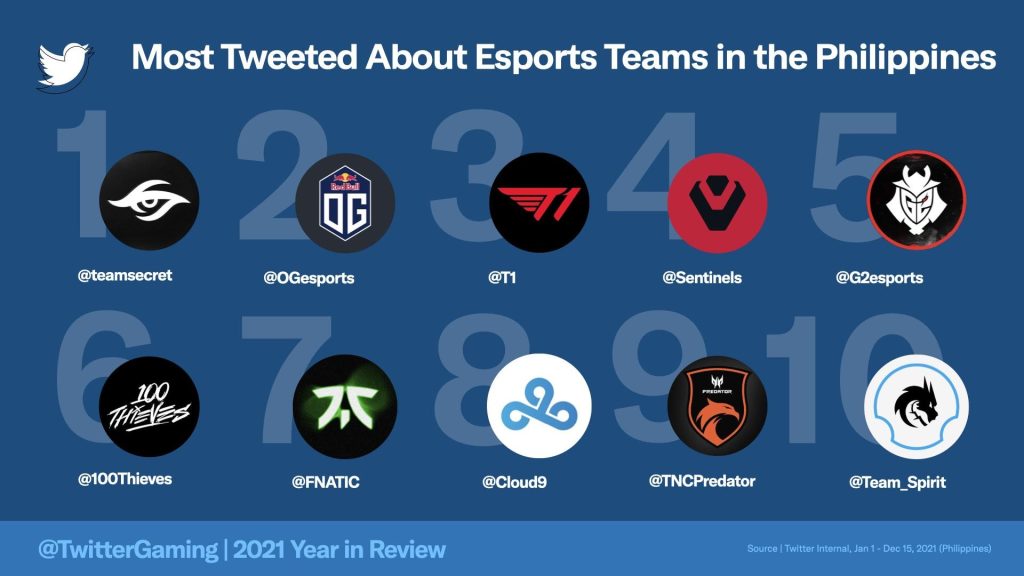 The top three teams all feature popular Dota 2 squads, so it should come as no surprise that these three dominated PH Twitter in 2021.

And there you have it, the biggest Twitter gaming trends from 2021. Given the growth of gaming, we expect to see even more interesting gaming trends for 2022.