Sneak attack is back with the return of Ninjas in Kamigawa: Neon Dynasty. 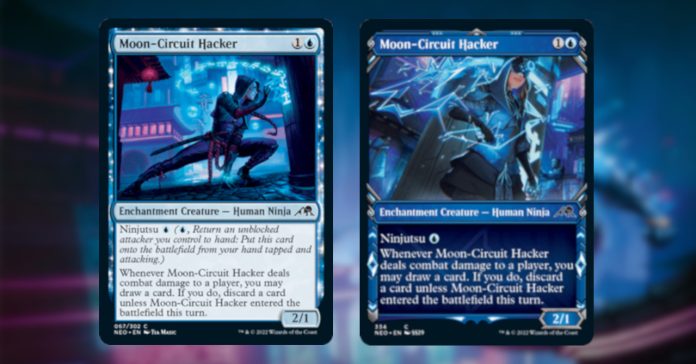 Magic: The Gathering returns to a very familiar and, not to mention a personal favorite plane of mine, with Kamigawa: Neon Dynasty. If you read my previous speculation article, you would know that the Kamigawa cycle block (Guardian, Betrayers, Saviors) is one of the reasons I was reeled back in to playing Magic back in 2004. I really liked the Japanese theme and lore that the designers did into making this set that the feeling still resonates with me up to this day, even more so when they Wizards of the Coast announced that they will continue the story 1200 years after the events coming from The Great Kami War in OG Kamigawa.

With that said, spoiler season is in full swing and as of posting this, its Kamigawa: Neon Dynasty’s 5th day of featuring brand new cards from the upcoming set, and the folks here at UnGeek are more than happy to reveal a card that is sure to see a home in commander tribal builds!

Before we make the reveal, we would like to thank our good friends over at Wizards of the Coast for sharing to us this card preview. So without further ado, here’s something that I’m pretty sure fans of the “Ninjutsu” mechanic will love. Take a look at Moon-Circuit Hacker. 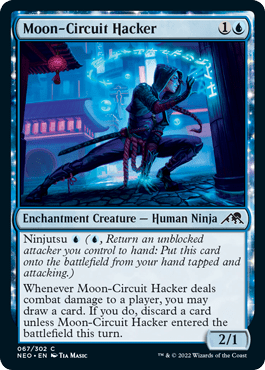 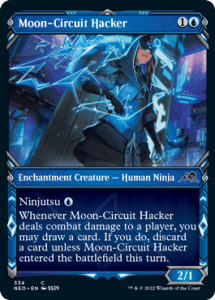 The card is available in two variants:

And since were talking about ninja’s here, its no surprise that Moon-Circuit Hacker belongs to blue since the Ninjutsu ability (so far) can be seen exclusively either on black or blue creatures.

The mana cost for this card is pretty reasonable for a 2/1 Human Ninja but of course we all know that players will mostly take advantage of the cards Ninjutsu ability which simply means that during combat, for 1 blue mana an unblocked attacker on your side of the board can be returned from your hand and be replaced by Moon-Circuit Hacker tapped and attacking. The moment it dealt damage to an opponent its ability triggers which lets you have the choice of drawing a card. Now, a slight drawback you might encounter on future turns is that if he deals damage again, you still draw the card but you also discard one card from your hand to the graveyard.

While that’s just the basic idea on how to use the Ninjutsu ability, Gavin Verhey, Senior Magic: The Gathering Designer at Wizards of the Coast made a great video about how to fully utilize and exploit this fan-favorite mechanic. You can check it out in the video below, as it might surprise both new and seasoned players.

Now with that said, where can this sneaky ninja belong to? 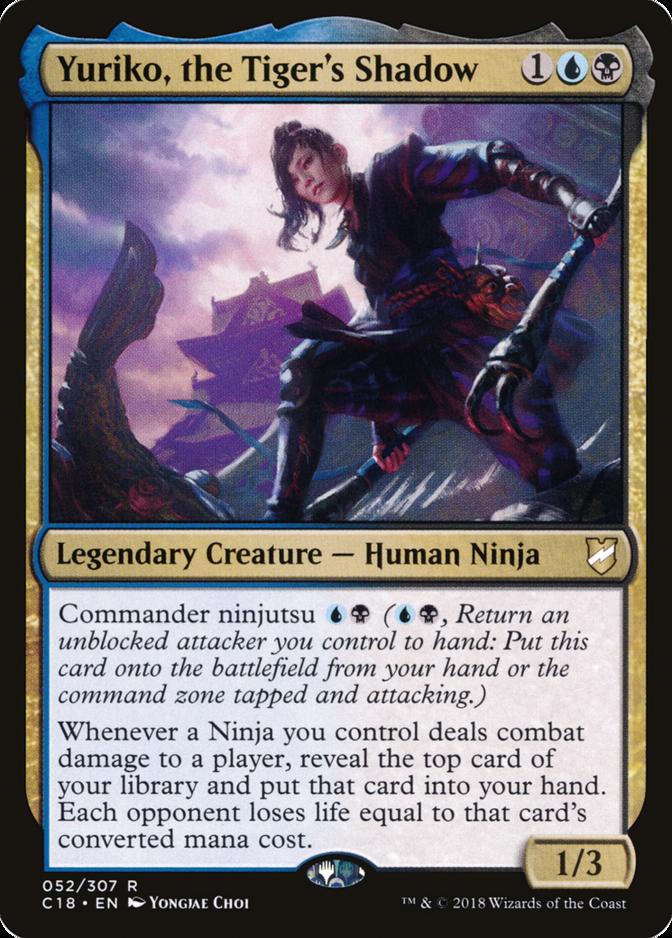 This card will definitely have a home for Ninja tribal decks. In EDH this can be added in some Yuriko, The Tiger’s Shadow builds because the card identifies as a ninja. Additionally, having a blue and black color base for the deck wouldn’t hurt Moon-Circuit Hacker discard clause since black naturally has some nasty graveyard shenanigans up its sleeve that the drawback will likely be smiled upon. 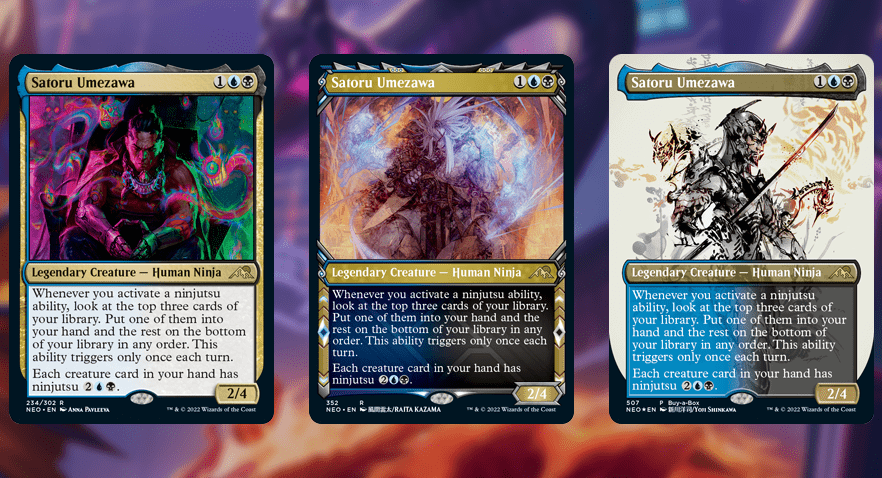 With that said, another commander card that you might be interested in is the recently revealed Human Ninja named Satoru Umezawa who also belongs in the Dimir (black and blue) color pie. While Moon-Circuit Hacker already has Ninjutsu for 1 blue, the card would naturally fit here and bypass Satoru’s bottom text ability while at the same time compliment his top ability which is sort of a Brainstorm or Sensei’s Divining Top letting you look at the top three cards of your library and put one of them in your hand. Pretty neat.

I’m pretty sure there are a lot of ways to do some nasty sneak attack tricks with Moon-Circuit Hacker with some builds. What do you think? Let us know in the comments on how you would utilize this card! 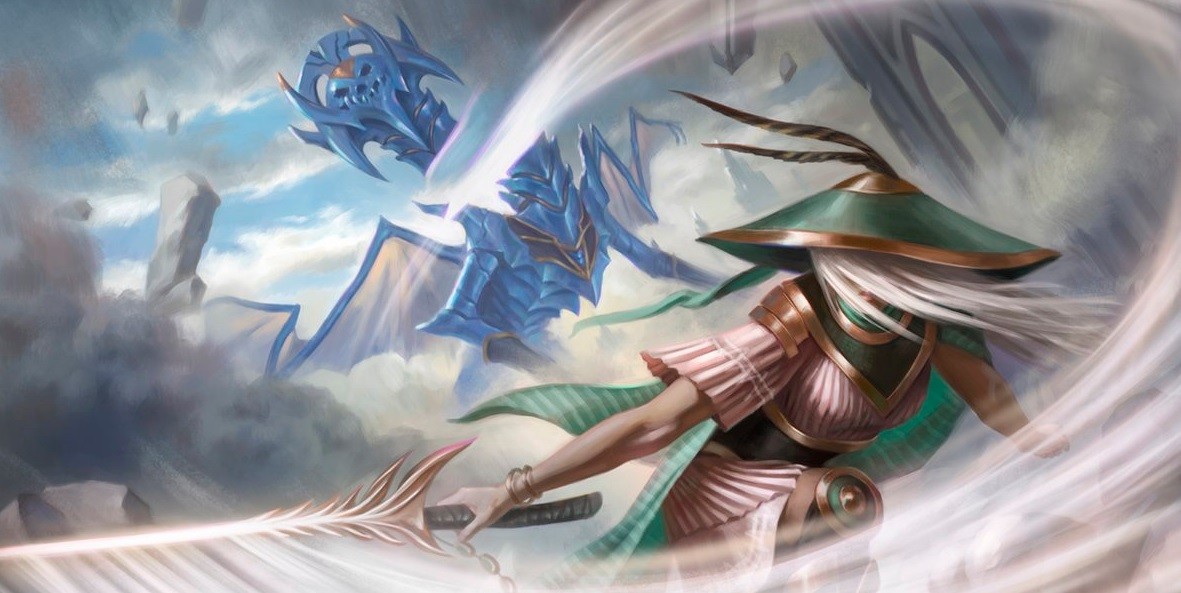