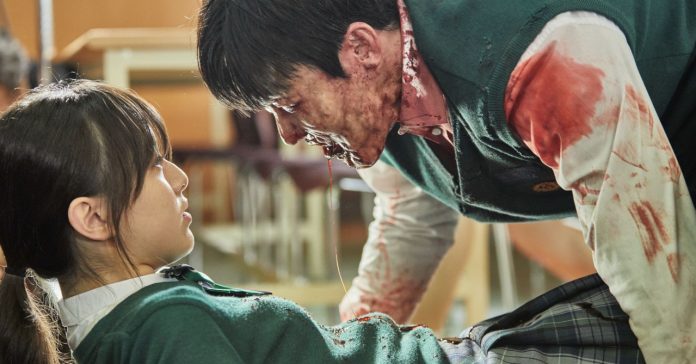 Following its recent announcement, Netflix has released the first teaser trailer along with new still for All of Us Are Dead.

Check out the new teaser trailer for All of Us Are Dead here:

The new teaser trailer for the upcoming series shows us the intense action that we can expect when it releases later this year. Aside from giving us a look at the terrifying zombie hoard, the teaser also gives us more of an idea regarding the series’ story.

Meanwhile, here are the new stills released by Netflix

In case you missed its announcement, All of Us Are Dead is an upcoming South Korean series which follows a group of students who find themselves stuck in school amidst a zombie apocalypse.

This Netflix original is based on a popular webtoon of the same name by Joo Dong-geun. Direction of hte series is handled by Lee JQ, the showrunner of various TV series such as Beethoven Virus and The Legendary Police Woman. Meanwhile, the series is written by Chun Sung-il (writer for TV series LUCA: The Beginning and The Slave Hunters).