The new Scream movie will get an early screening on February 1! 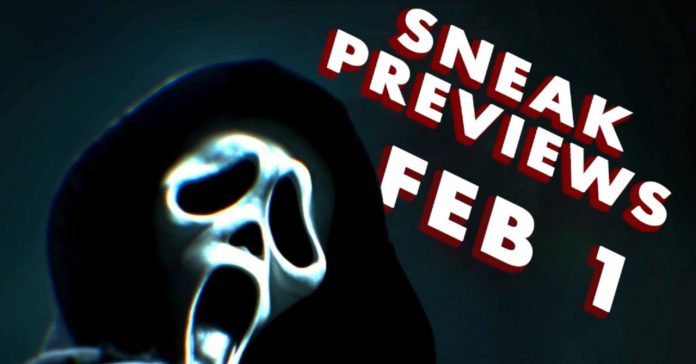 Paramount Pictures has just announced that the new Scream movie will hold a special early release in selected cinemas in the Philippines on February 1, 2022. This means Pinoy horror fans can get to see the movie early ahead of its wide release on February 2.

On top of the early screening, Paramount Pictures has also announced that Scream has been rated R-16 Without Cuts by the Movie & Television Review & Classification Board (MTRCB). This is great news for Scream fans as the movie’s cinema release in the Philippines won’t be compromised.

In case you’re unfamiliar, Scream is the fifth movie in the iconic slasher film series of the same name.

Directed by Matt Bettinelli-Olpin & Tyler Gillett of the filmmaking group Radio Silence (Ready or Not, V/H/S), the new Scream movie’s premise is described as:

Interested in watching Scream early? Horror fans are advised to check with their favorite theaters for the screening hours and ticket prices for the Scream.

- Advertisement -
Previous articleElden Ring Length: Main Route will take 30 hours, Side Content will be much longer
Next articleLeague of Legends and Arcane’s Vi breaks into Fortnite