Several PS3 games have appeared on the PS5 store

Including Dead or Alive 5 and two Prince of Persia games. 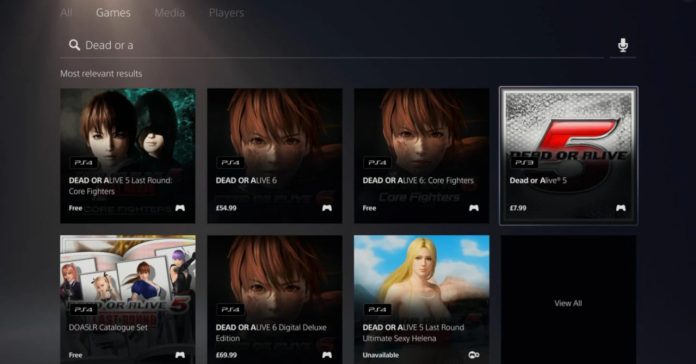 Several users have spotted PS3 games being listed on the PS5 store with prices — does this mean the PS5 will get backwards compatibility in the future?

As spotted by VGC, several PS3 game listings have been seen in the PS5 digital store, including the likes of Dead or Alive 5, Prince of Persia: The Forgotten Sands, and Bejeweled 3, among others.

Here’s a quick look at some users who have spotted the PS3 games on the PS5 store:

Uhhh. Not to panic anyone, but a PS3 game shouldn't have a price when viewed on a PS5.

Another one (both not available on PS Now) pic.twitter.com/ryM8JScgdu

Take note though, these games have been made available at some point on PlayStation Now (Sony’s game streaming service), so this might just be bugs or unintended listings. Though the fact that these listings display prices do make us wonder. After all, there was a recent report that Sony is working on an Xbox Game Pass competitor which will offer streaming of a selection of PS3 games for the PS5. These listings may support the recent report that select PS3 games will be playable on PS5.

Following this report, we checked the PS5 store in the Asia region, and these listings aren’t there.

While this is not a confirmation that PS3 backwards compatibility is coming to PS5, it is at least a possible indication. Here’s hoping that PS3 titles do become playable on PS5, especially for PS3-exclusive titles that have not gotten the remaster treatment.