Here's hoping events in the PH will also deploy these high-tech disinfection robots! 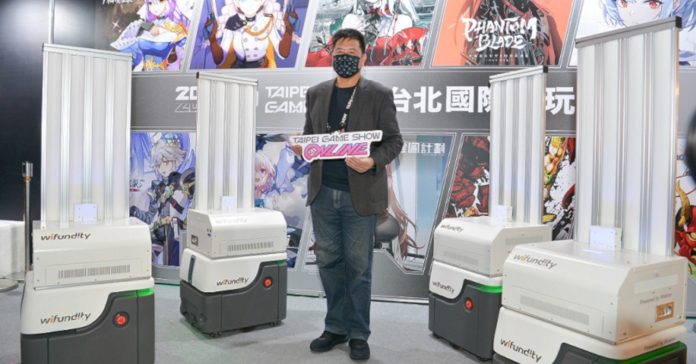 Taipei Game Show 2022 (TGS) kicked off last Saturday, January 22, and at the event, high-tech disinfection robots were deployed for the safety of guests!

Similar to last year’s event, TGS 2022 featured a hybrid format which included a mix of online and physical activities. And for the safety of attendees and staff, efficient anti-pandemic measures were taken, one of which is the deployment of disinfection robots.

Specifically, these spray disinfection robots guarded the entrance to the show floor, and they were deployed to complement the other anti-pandemic procedures that were in place. At the end of each day, medical-grade UV disinfection robots were also deployed for a full sweep of the entire exhibition hall.

While games and the range of booths were what attendees came for, these disinfection robots quickly became an attraction of their own right. In fact, many visitors took pictures with the robots as they waited in line to get inside the hall.

Aside from the B2C Zone, TGS 2022 also featured the TGS eSport Red Carpet. The esports component of the show was headlined by a Valorant tournament.

In related news, the Indie Game Award 2022 winners have also been revealed ahead of the Taipei Game Show 2022 in-person event.