All of Us Are Dead: Why you need to watch Netflix’s new zombie series

Teenagers scare the living sh*t out of me. 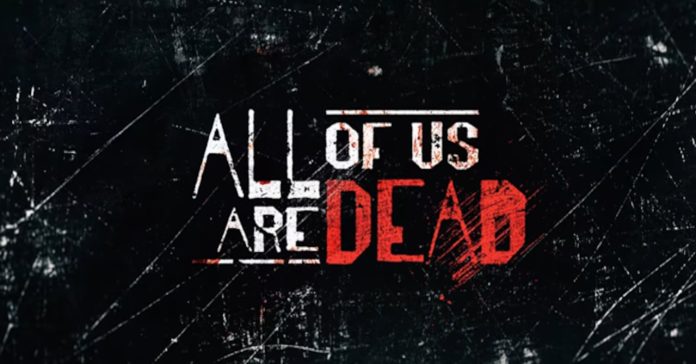 All of Us Are Dead dropped last week, and the hype leading up to it was, I daresay, tremendous. It takes the usual zombie apocalypse trope and flips it over on its head. The story itself is told mostly from the perspective of some lost, terrified high school students just minding their own business.

These aren’t some hardened veterans who’ve tasted the harsh reality of life. They’re mostly just a bunch of kids–with a few degenerates thrown into the mix. 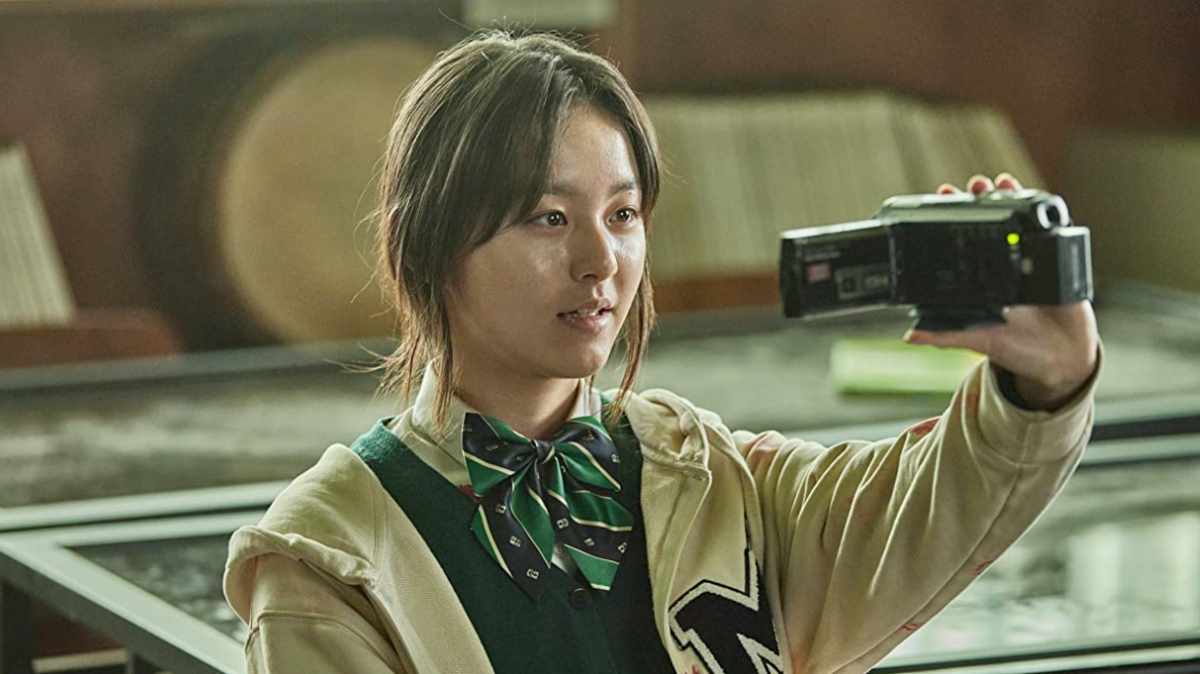 After taking two days to finish the series (because adulting is a harsh reality), it’s about time to share some off-the-cuff thoughts. Let’s talk about how it deviates from its predecessors, revitalizes a tired, overused media trope, and heightens our expectations even more so when it comes to Korean cinema.

Just a friendly reminder, there will be spoilers.

All of Us Are Dead is, at its core, a zombie thriller. It checks all the right boxes, and follows the standard formula one would expect from such. You have your outbreak, you have the terrorized townsfolk, the government getting involved, and the occasional moments that rip out your heartstrings via the sheer power of dramatic acting. All-in-all it has the right amount of action, gore, and exposition in the 12-episode runtime it was given.

So, what’s the difference? 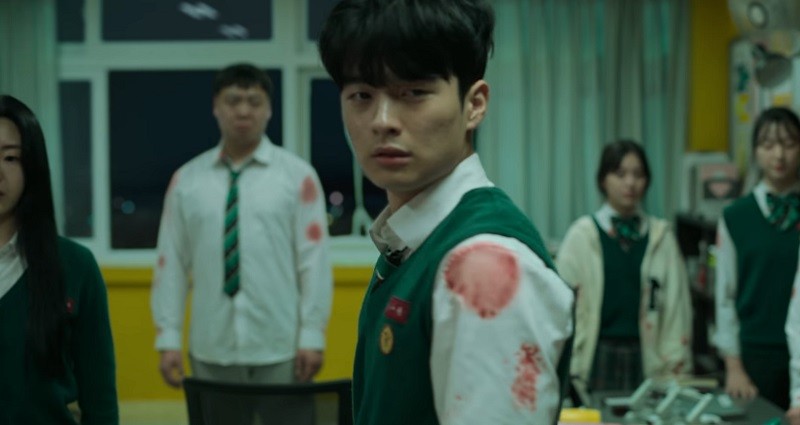 A story revolving around children fighting for against the undead isn’t a foreign concept. Little Monsters was a comedy involving kindergarteners, but the adults still took the lead. It’s not exactly a fair comparison. All Of Us Are Dead puts the spotlight on high schoolers–high schoolers living a high school life with their own set of high school problems. Then the zombie apocalypse came along.

There’s a certain appreciation to be had when watching how a bunch of stressed-out kids would deal with something so instantaneous and brutal. Seeing them do their best to survive in spite of harrowing circumstances keeps you hooked. As adults exposed to the survival horror genre for decades, we’d have a clearer idea on how to handle things. Add the fact that we’re a few years wiser, we’d know better–just a bit. 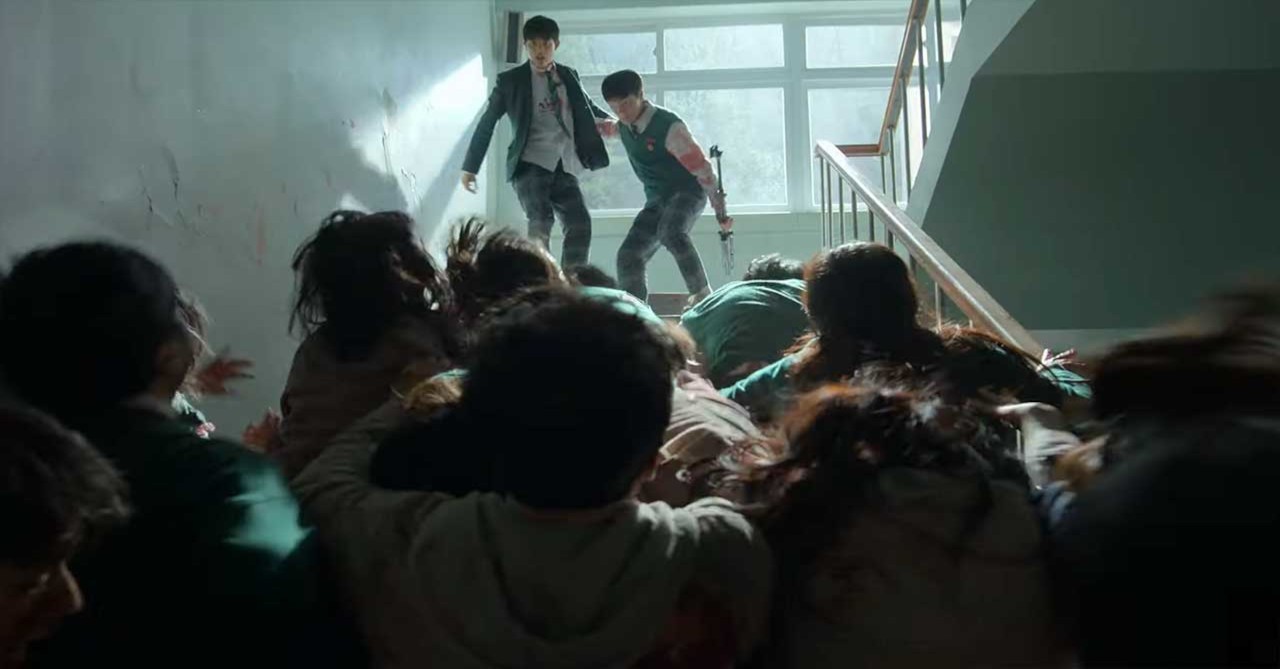 In all honesty, how would 15 year-old you react to a zombie apocalypse in the middle of your lunch break? That’s pretty much what you get–complete chaos, an insane amount of death, and horribly immature decisions resulting in disaster. Par for the course, really. I wasn’t exactly the brightest 15 year-old out there.

The problems that Class 2-5 have to deal with are very real–and I’m not talking about the zombies. The show’s cast did a fine job in breathing in life to the characters–from the band of classroom survivors to the junior gangsters. This gives us an accurate perspective of what teenagers go through on the daily. Trust me when I say that they go hard.

Themes such as bullying, academic stress, and a faulty education system set up the premise for conflict throughout the series. On the other hand, family ties, friendship, and falling in love for the first time factor into the story just as perfectly. All of this, apocalypse included. 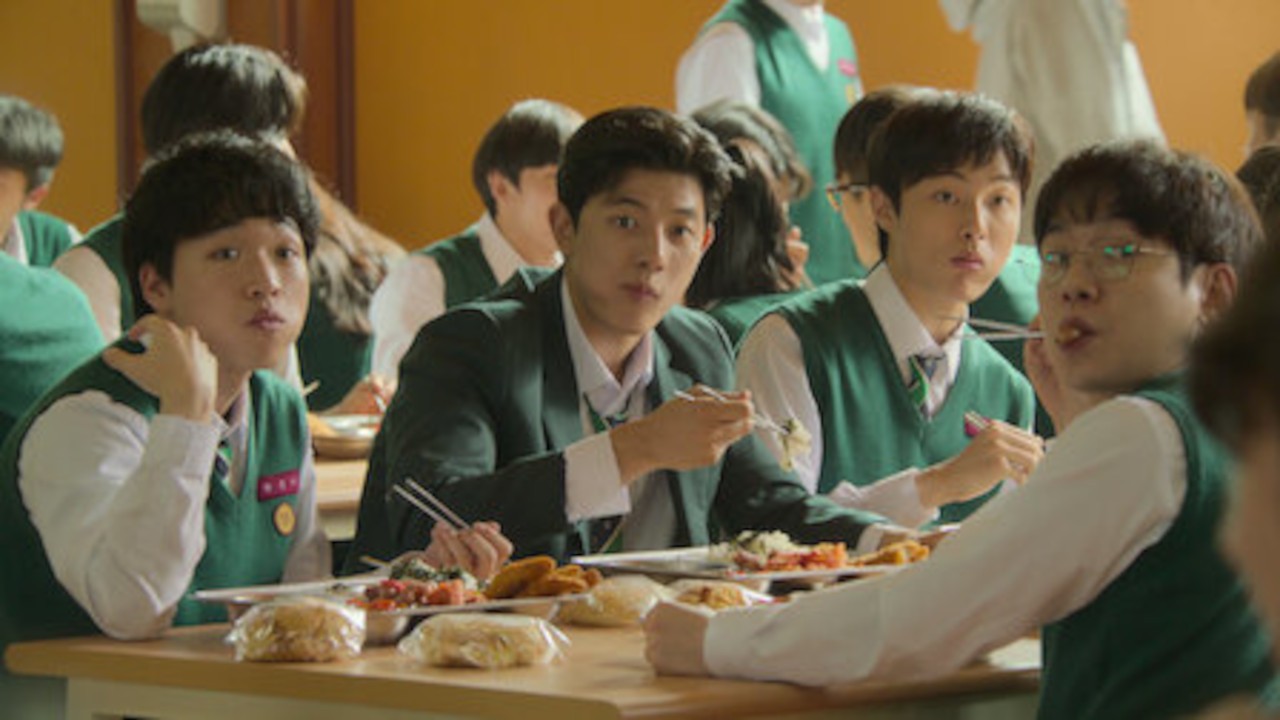 To avoid going into much detail, I’ll say that these themes are covered, addressed, and portrayed as naturally as one should. Perhaps a bit overboard on the bullying, but I’m pretty sure there are at least a few totally deranged teenagers out there who’d do much worse. Chun Sung-il, the show’s writer, was able to spread everything out evenly as to make sure nothing dragged on, or lacked exposition otherwise. Being a teenager is cool–up until the zombies come running while you’re getting pantsed in the hallway.

The menace from within the menace

Conflict is one of the most exciting literary devices to use–and oftentimes, the most difficult to utilize. It has to be believable. There has to be an inherent threat to our main characters. We need a sense of unpredictable and inescapable danger that keeps us on our toes at all times. This show gives us an adequate feeling of all three. There’s no Mary Sue. There’s no Deus Ex Machina. Anyone can die, top billing notwithstanding. 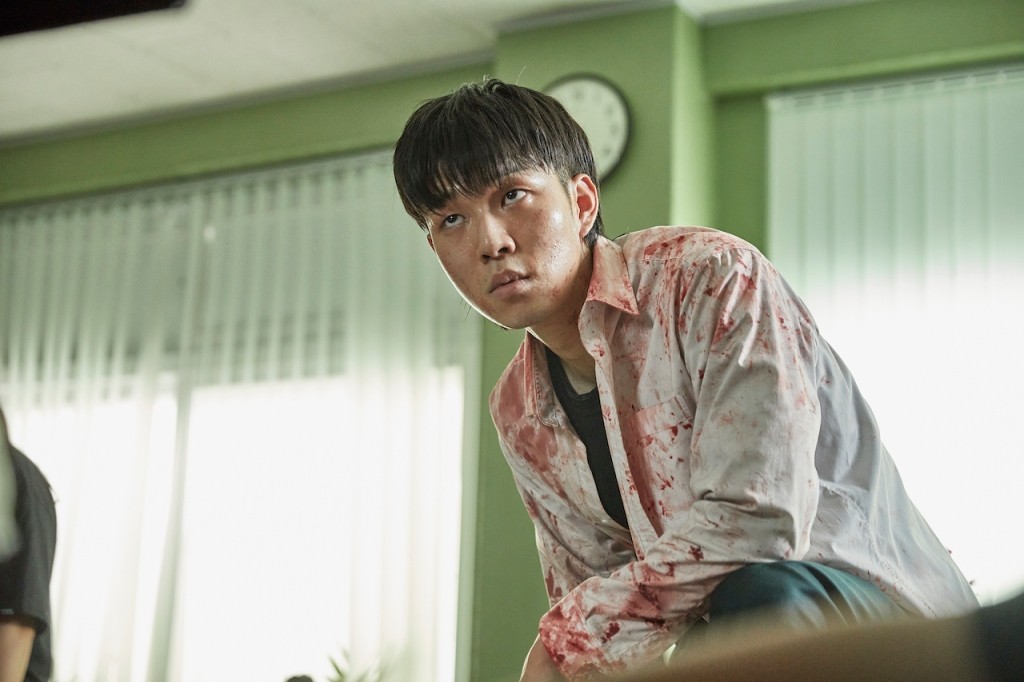 When all hell breaks loose, everyone’s survival instincts kick in–morals are compromised, friendships are tested, wills are broken. Witnessing the process in which characters have to contend with such dilemmas is intriguing, and makes the outcome all the more satisfying. As if that wasn’t enough, the aberrant half-zombie Yoon Gwi-nam is a relentless, murderous force that they can’t shake off. As a bully, he was a hassle in human form. Once he mutated, he became Nemesis from Resident Evil 3. 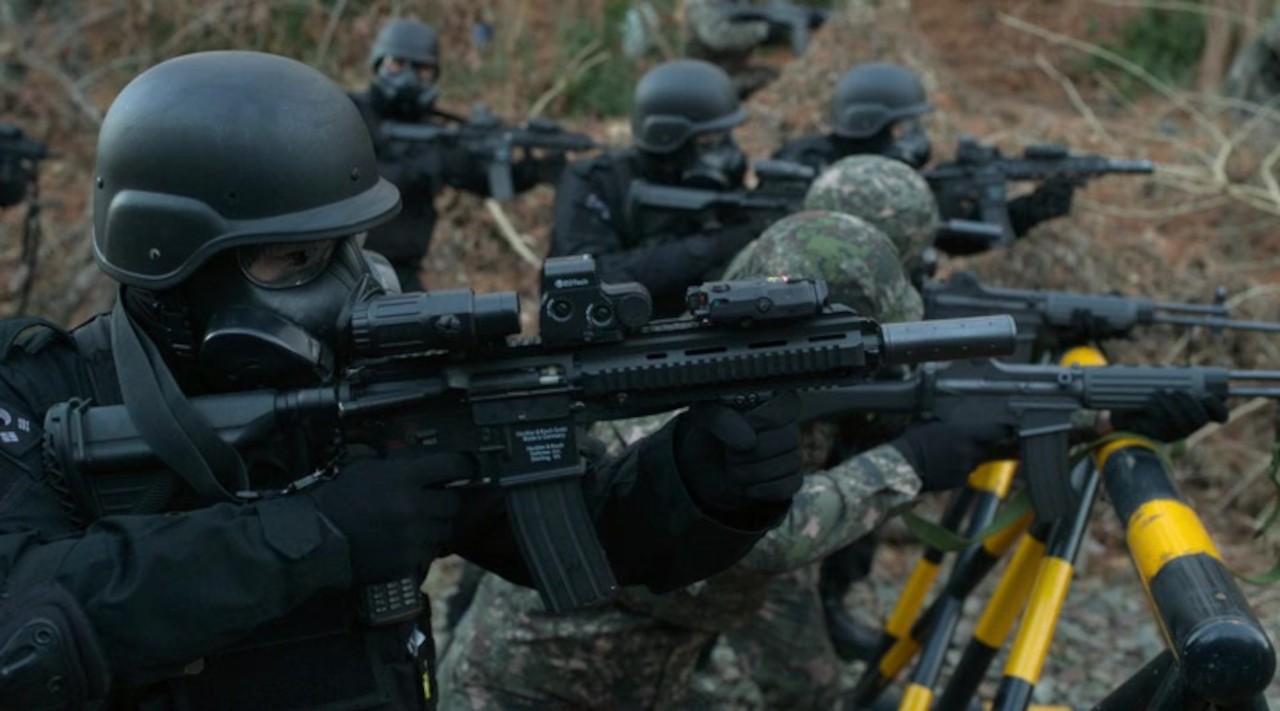 Lastly, the kids also find themselves dealing with factors beyond their control. The outbreak itself was out of their hands to begin with, and highly paranoid military force breathing down their neck didn’t help much either. When you have to choose between bullets and zombie bites, you lose faith in pretty much everyone but yourself and those accompanying you in your personal hell. Sharing despairing.

Going off tangent for a bit, let’s talk about Squid Game. Was it perfect? No. Was it a damn good show? Oh, yes. Did it wrap up properly? For the most part. Does it really need a season 2? Debatable. Personally, I could live with it ending after one season.

All Of Us Are Dead is a different case. The story was wrapped up, but there are still so many questions left unanswered. These aren’t plot holes I’m talking about. The series was based on an existing webtoon after all, but it takes a lot of liberty with the source material. It’s an adaptation done well, with a proper buildup to future seasons. The last episode was definitely open-ended, and while watching through the season, you’d know that they couldn’t explain everything in 12 one-hour episodes. There’s a lot to unpack, and if they manage to follow through with succeeding seasons while knowing when to stop, then all will be well. Satisfaction will be guaranteed. 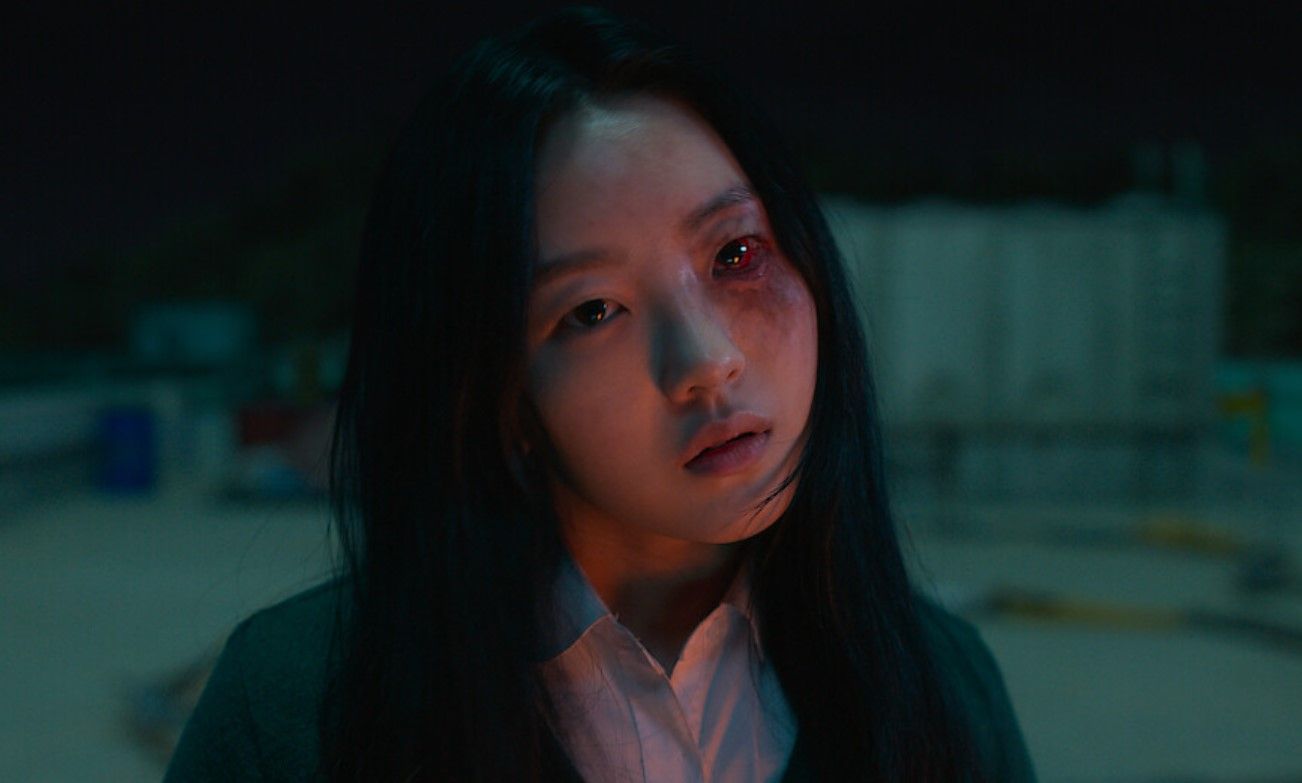 In case I haven’t given off the vibe that I enjoyed this show, I did. While it didn’t reinvent the wheel, it gave me one hell of a ride. If you’re feeling jaded about zombies and want something new to sink your teeth into, binge it. Don’t make the same mistake I did. Sit down, take some time off from your day, and watch the entire season in one sitting.

- Advertisement -
Previous articleTreat yourself to some self-care essentials this 2.2 Free Shipping Sale
Next articleTeams GAROU and SOUTH TOWN announced for King of Fighters XV DLC