Another solid entry into the long-running fighting game series. 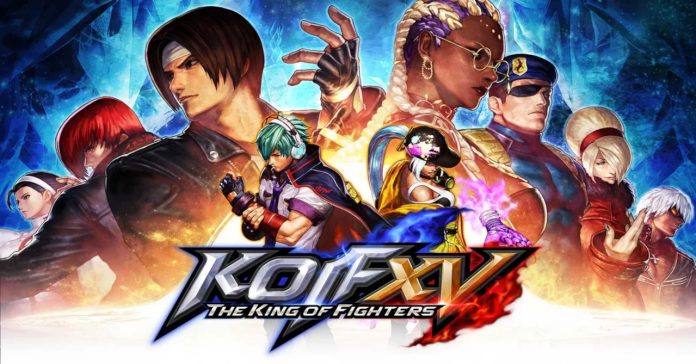 The latest installment in the long-running King of Fighters franchise just dropped–and while this review has as much delay as the reported frame input on the King of Fighters XV PS5 version, it’s got what you need as you get into the game.

In a much-awaited comeback after six years of clamoring, King of Fighters XV is finally here. It’s both familiar and brand new at the same time, and while veteran purists might find a few nitpicks here and there, newcomers and filthy casual scrubs like myself found a few quirks that might just keep us hooked. So, just let me ask: Are you okay? 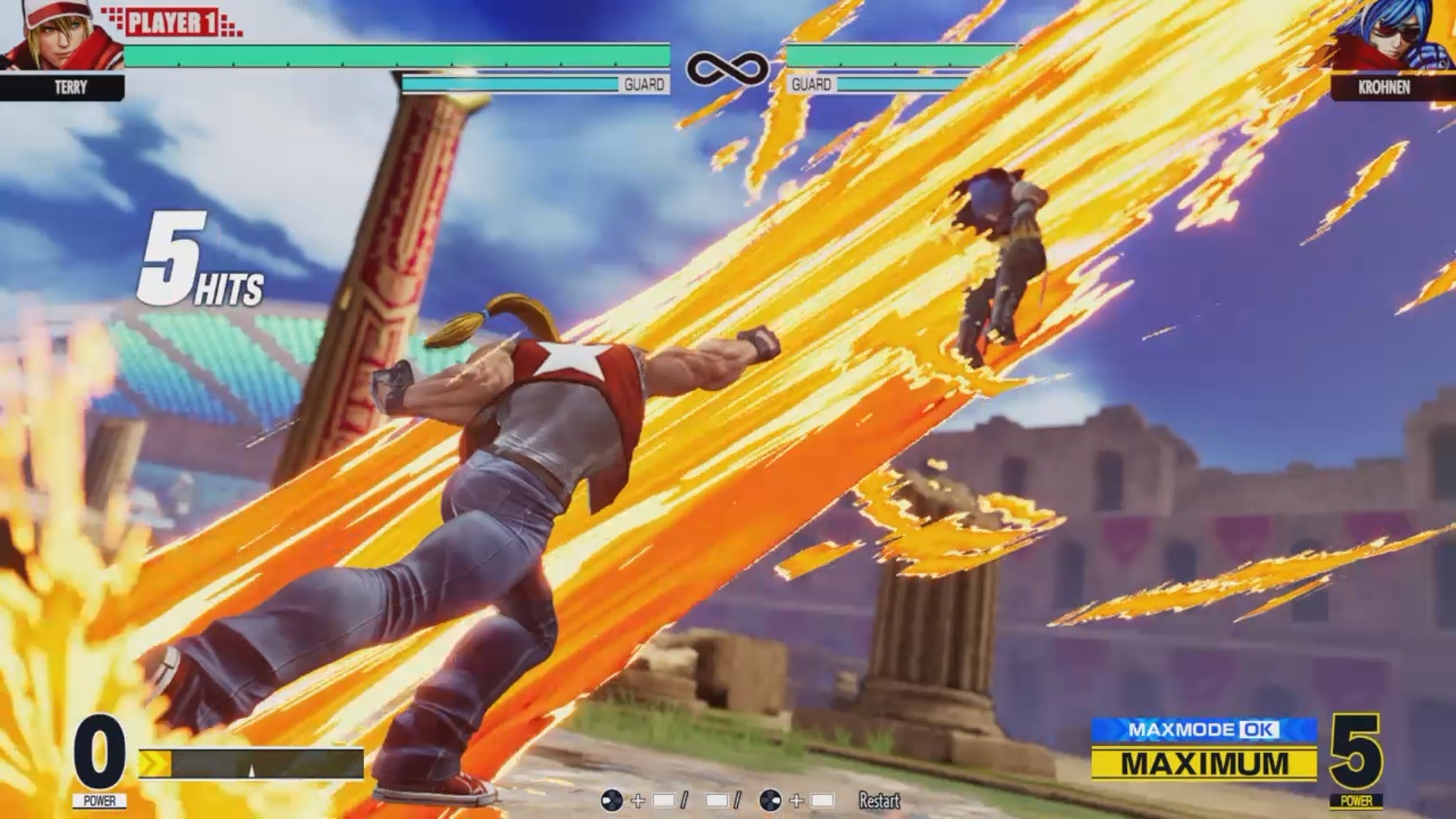 An impressive, and still growing roster

39 different characters, old and new, make their way to the King of Fighters tournament to kick each others’ teeth in–and its just as glorious as I remember. Almost everyone is here–at least for now.

Most of the characters from KOF XIV make an expected comeback with 3 new faces and 2 familiar ones.

Krohnen, Isla, and Dolores make up the new additions to the roster–each with their own set of moves that could provide you with a well-rounded team should you decide to slap all three of them together. While they aren’t ridiculously overpowered, one can’t deny that Krohnen’s edgelord powers are a bit extra (Chill out, dude. Sheesh).

Elisabeth Blanctorche makes her way back after skipping XIV and Shermie returns after a twenty-year hiatus. We all missed Shermie. Indeed, we did. 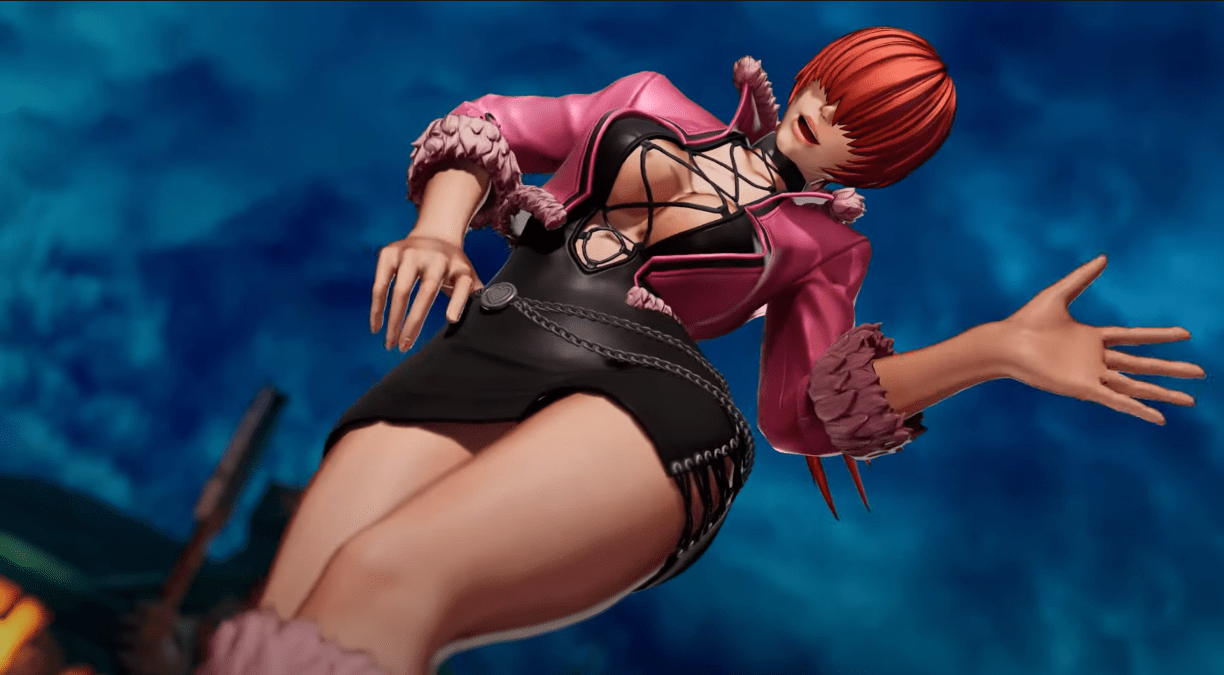 While the roster is limited to 39 at the moment, we have 6 more confirmed characters courtesy of KOF XV’s sweet DLC roadmap. Team Garou and Team Southtown Douchebags are expected to be available for play in autumn of this year. It’ll take a while, but having a chance to play “Team Child Support” with Rock, Terry, and Geese will be worth the wait.

If you’ve already picked up KOF XIV in 2016 and played your heart out, you can expect those reliable legacy skills to kick in from the get-go–no sweat. For anyone just starting now after only ever playing something like Capcom vs. SNK, you’ll probably need a day or two.

The training mode provides the bare minimum as far as tutorials go, but more or less serves as a good orientation for the different movesets and possible play styles. However, you’ll be on your own when it comes to learning how and when to use said movesets. 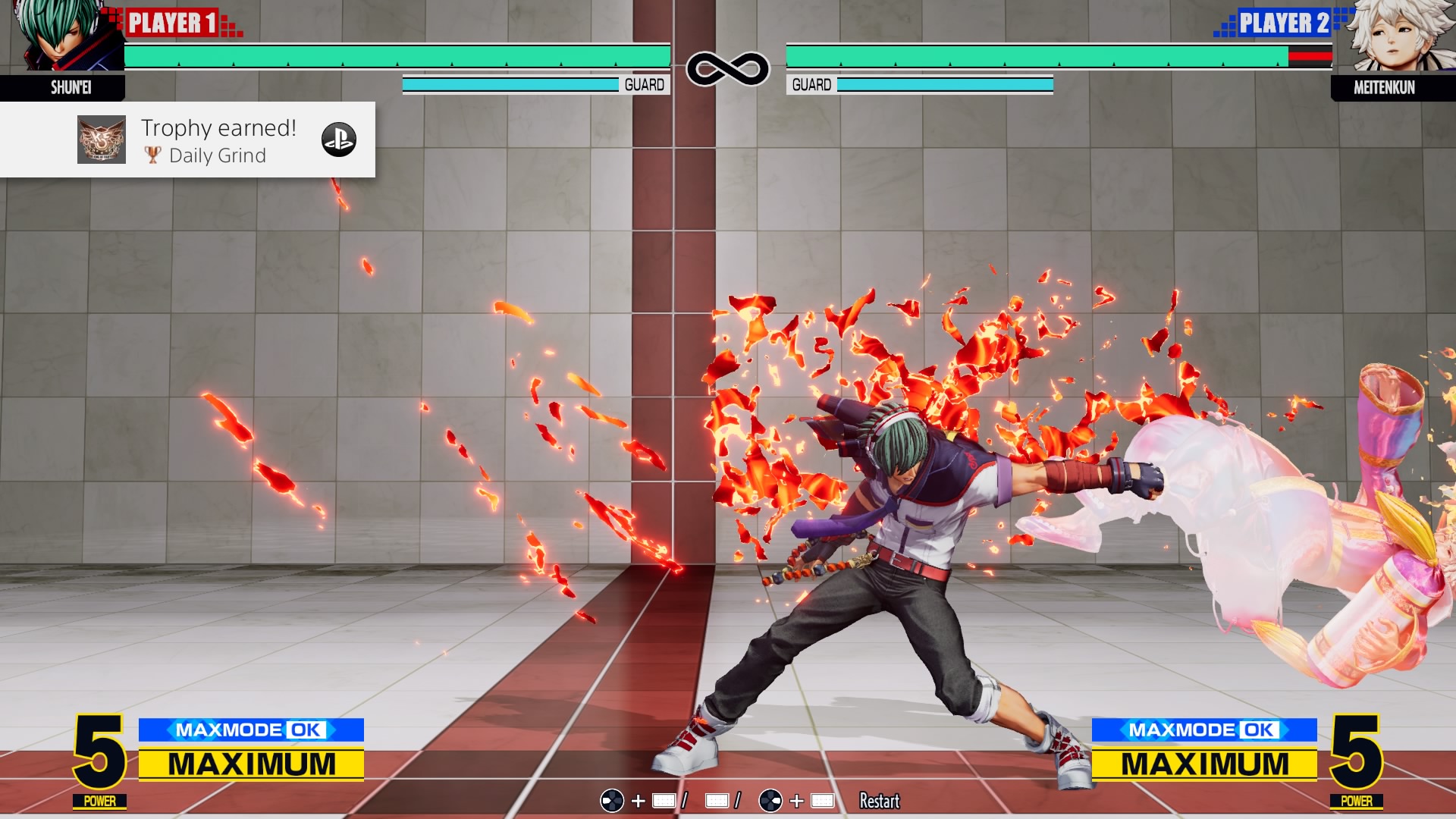 The story and offline versus mode are still as good as the last installment, with your classic 3-on-3 gauntlet-style toss-ups that you’ve come to know and love. If you’ve ever experienced fighting games in the past, the learning curve for grasping rudimentary controls and actually not dying every time won’t be too steep.

One new feature I personally enjoyed was the “Auto Combo” that basically gave you a string of attacks followed by a Climax Super Special Move, given you’ve reached at least level 3 on your power gauge. This is definitely a great mechanic for anyone who wishes to sample the newest KOF, but I can understand if veterans and FGC pros wouldn’t find it too alluring. While it justifies light punch button-spamming, it will eventually come back to haunt you should you decide to challenge top-tier players. They’ll basically rip off the training wheels and beat you with ’em.

The “Shatterstrike” is another welcome addition to XV’s new string of mechanics. It’s a counter that not only provides more damage, but leaves your opponent stunned–and open to yet another flurry of attacks. It’s an excellent defensive-offensive move that isn’t too difficult to pull off early on. 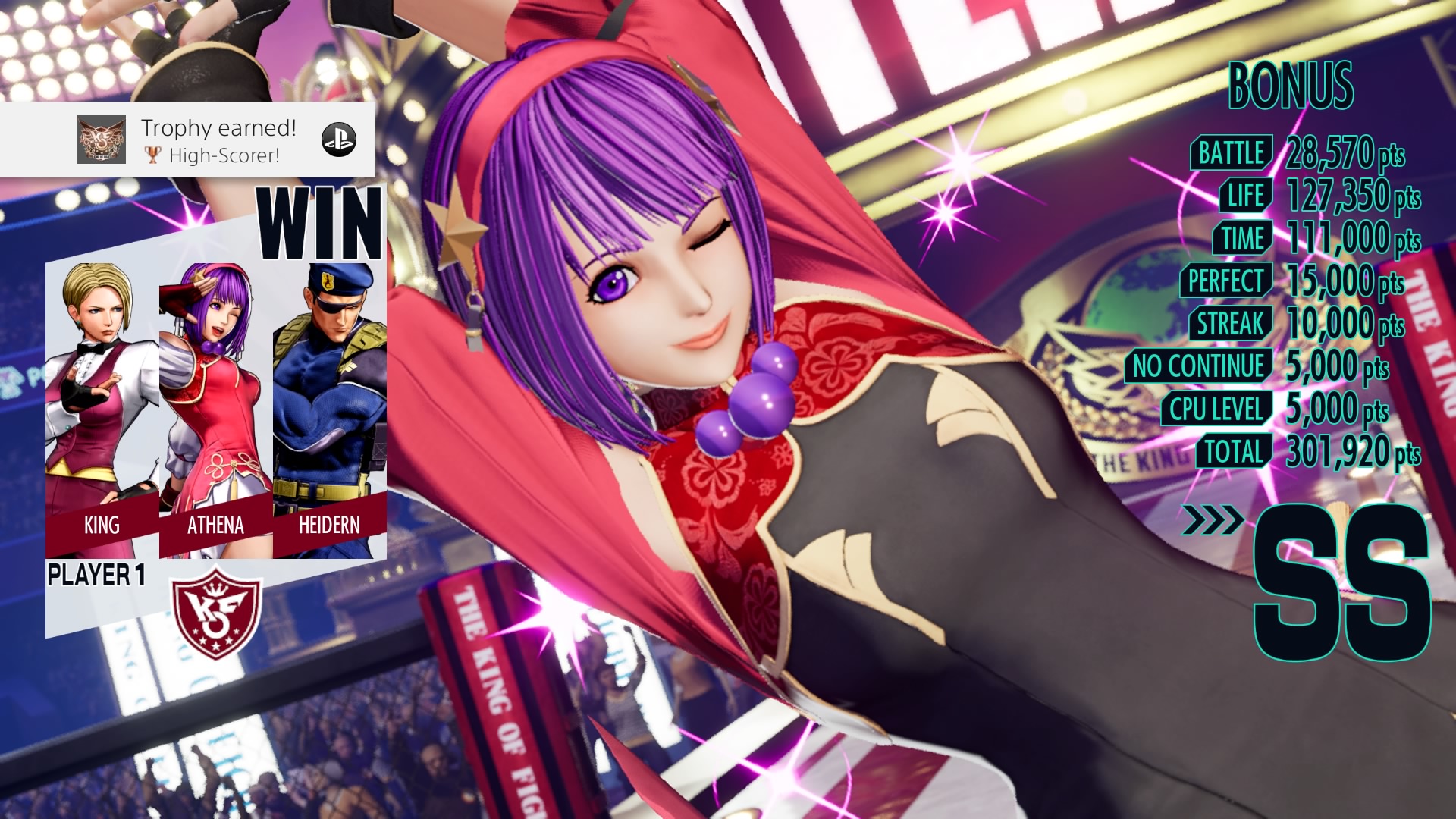 Lastly, the slightly tweaked “Max Mode” provides a nice, albeit limited time buff that allows you to perform an unlimited amount of EX moves and a sweet damage boost. Higher levels of mastery would allow you to cancel into a mini version called “Quick Mode” which allows you to perform EX moves outside of Max Mode at half the cost on your power gauge. Pretty sweet trade-off.

It’s the bane of every non-competitive introvert’s existence, and a sweaty try-hard’s El Dorado. SNK made sure to give players a smooth experience when it comes to online multiplayer–both in terms of introduction, and actually getting into the thick of things. There’s a lot to unpack in KOF XV’s multiplayer, and it shows the moment you leave the title screen. 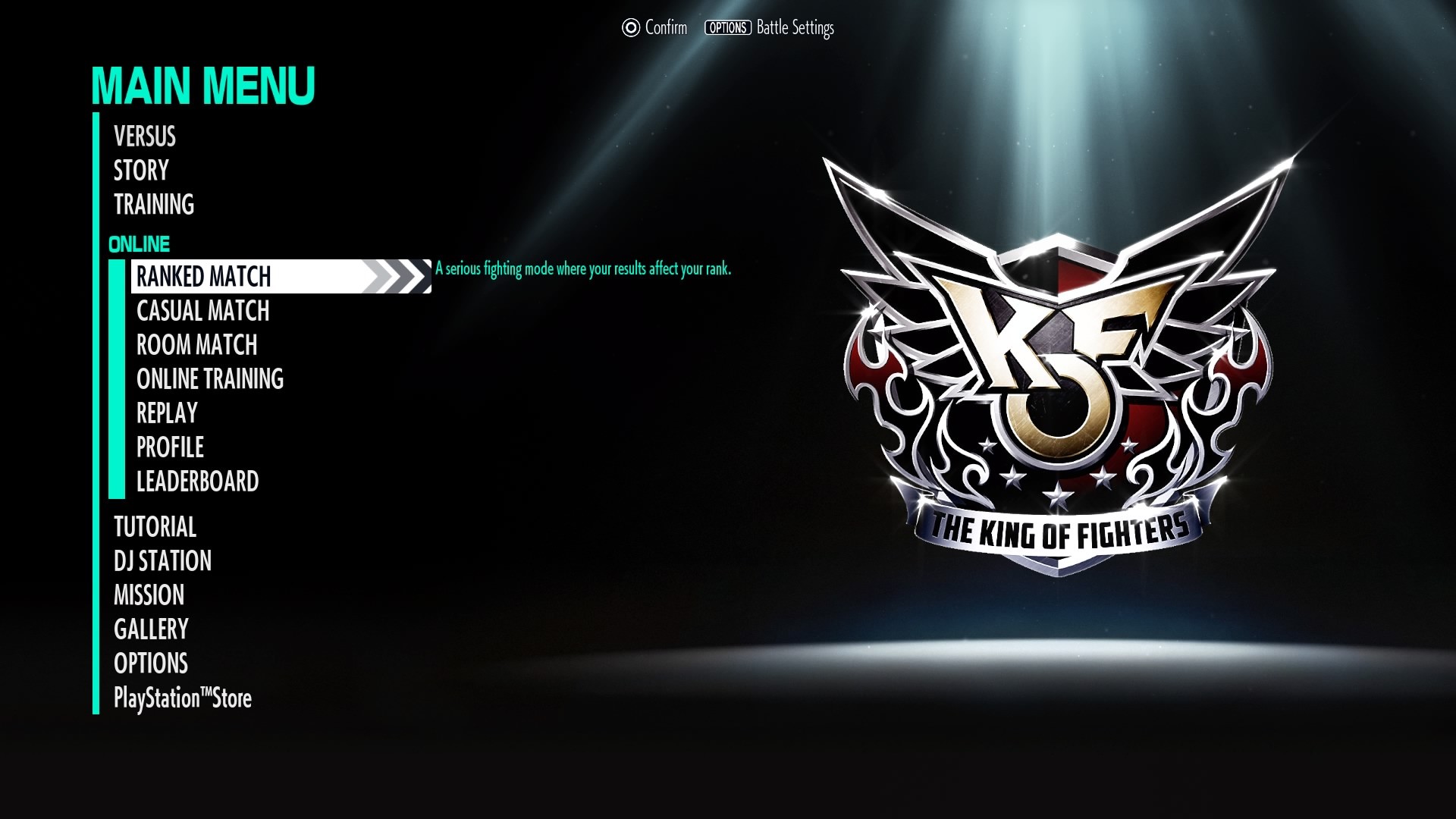 Once you decide to choose any of the online match categories, you’ll be greeted by a set of three “trial matches” that gauge your skills and drop you in the appropriate rank. This is to avoid getting curbstomped in the first five minutes. Also, we don’t talk about the rank I landed on.

I can’t speak for PS5 players and how much of a difference they had in framerate and latency, but online play ran smoothly on the PS4. I was able to witness myself getting completely destroyed in real time. This says a lot about the game’s connectivity, and much more about my skills–or lack thereof. 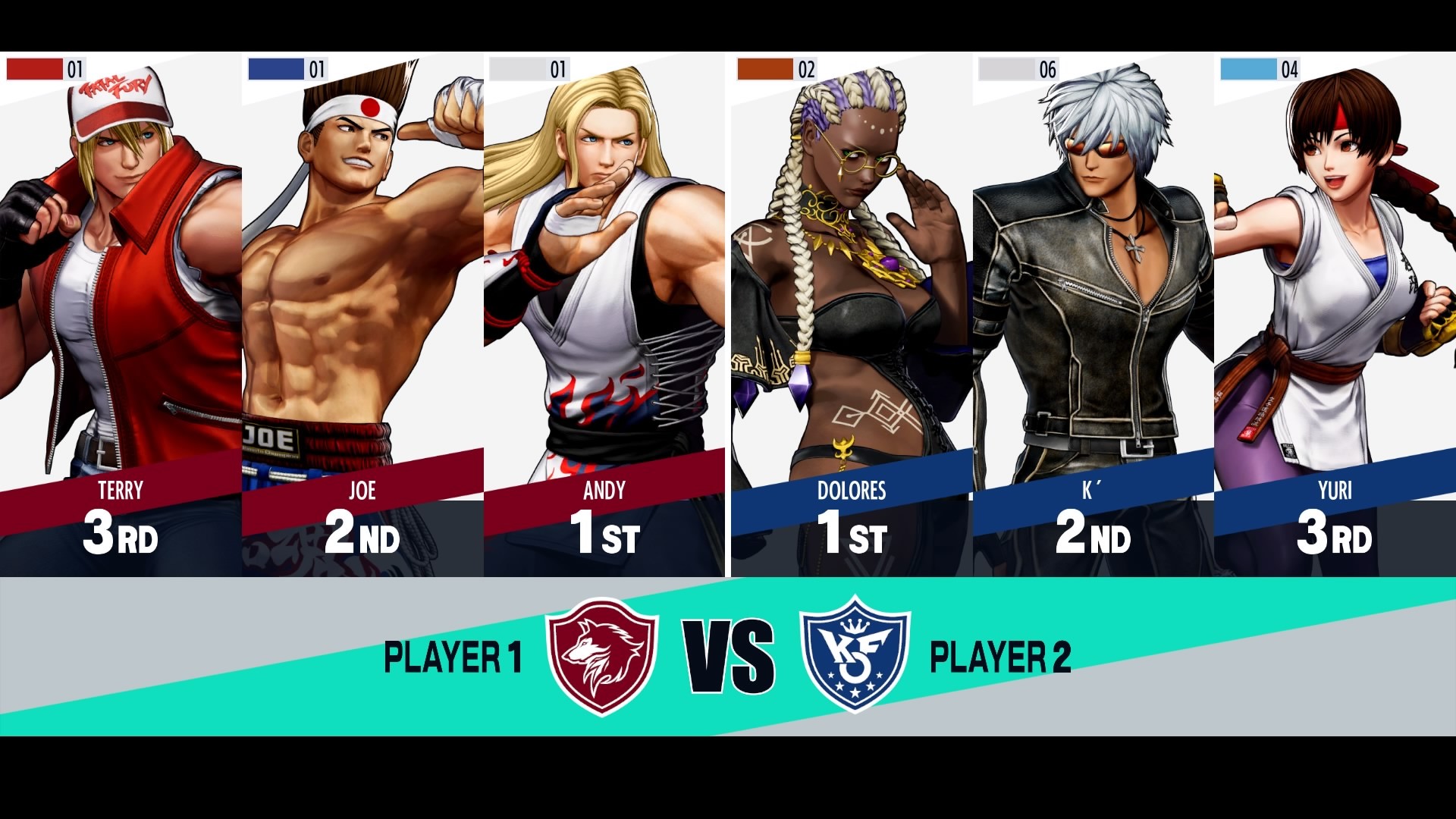 Nevertheless, you’ll appreciate the care that was put in KOF XV’s online play. As you’ve given the option to tweak the criteria whenever you search for battles, you can either go the straight and narrow by sticking to your rank and region, or go across the world with a randomized rank selection if you’d ever be so inclined.

King of Fighters XV is a rather small step forward, but forward nonetheless. Everyone was given a nice, new coat of paint, and the graphical improvements are beautiful. The new game mechanics are easy to learn, and provide a nice handicap for newbies and more inexperienced players. This was by no means a makeover, but a nice upgrade to an already well-oiled machine.

I won’t mince words when I say that KOF XV favors multiplayer above anything else. It’s understandable that online, competitive play is the lifeblood of the FGC, but they could have done more for the story mode. The static images bereft of any voiceover at the story’s conclusion is nostalgic, but given how gorgeous the character models look now, it would be refreshing to see KOF pull a Tekken in terms of ending cut scenes. I don’t think it would be too much to ask in this day and age. But that’s just me.

All things considered, this is a solid fighting game, a return to form, and a new step in the right direction that could entice new players to the community and beckon older players to dust off the D-pad, or better yet, the good ol’ fight stick.

Previous articleRedmi Note 11 – A Budget-Friendly, All-Day Gaming Smartphone
Next articleHere is the PlayStation Plus free games lineup for March 2022

King of Fighters XV Review | Refinement over ReinventionKing of Fighters XV is a solid entry into the long-running franchise. And while it may not be a major step up over its predecessor, it does add enough improvements to make it satisfy veterans and make it worth considering for newbies.