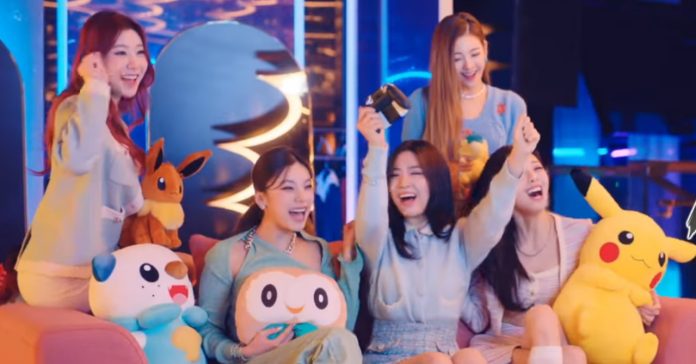 Nintendo recently followed up on their earlier tease of a collaboration with the K-Pop group ITZY for Pokemon Legends: Arceus. When it comes to expressing hype towards these kinds of crossovers, I go all out. Not shy, not shy. Not me.

Especially if Ryujin is center stage. But I digress.

This update showcases Legends: Arceus for the Nintendo Switch, which came out last January 28. In the earlier teaser post which also featured Tencent, we could see that Pokemon cards and mobile phones were also in the showcase. This implies that this partnership could go beyond the latest installment in the Pokemon franchise, and could likely include some promotion for the trading card game, and Pokemon UNITE on Android and iOS.

While we can only speculate on what to expect, this collaboration looks really good so far. With TWICE being Nintendo’s recent collaboration for the Switch, one would assume the latter would go further in capturing that lightning in a bottle. Pokemon Legends: Arceus garnered a lot of praise upon release, so it only made sense to get one of South Korea’s biggest rising K-Pop groups to lead the charge.

With Ryujin at center stage. I said what I said.

Pokemon Legends: Arceus is available on the Nintendo Switch, Android, and iOS. You can check out our 5 reasons why it’s so good, just in case you’re planning to check it out.