5 Reasons Why You Should Pick Up Apex Legends Mobile

Here's why Apex Legends Mobile is your next battle royale obsession! 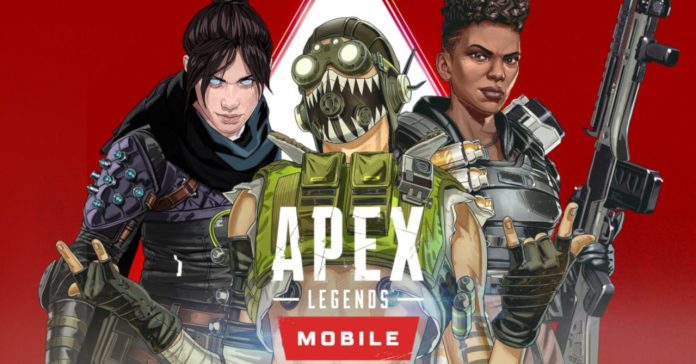 With the much-awaited regional launch having dropped this month, the pre-registration has run its course, players have geared up, and now Apex Legends Mobile is in full swing. We know that most of you are itching to get a piece of the action if you aren’t already, but there are still a few who are on the fence, hesitating to take the plunge.

Need a reason to pick up this mobile title? We’ll give you five!

Customize and optimize at will

The quality of life in this mobile game is pretty solid. For a game that’s yet to receive its barrage of obligatory patches, it runs fine right out of the app store box.

From the game’s HUD, to all the display, sound, and gameplay settings, you can fine-tune everything to suit even the most meticulous style of gaming. What’s even better is you can do everything on the fly–right in the middle of combat. And while that isn’t the most recommended time to go about your tinkering, just having it as an option is pretty sweet nonetheless.

Of course, the character customization from the main game makes its comeback in its mobile version–from cosmetics, to unlockable perks, to weapon loadouts, everything is here.

Grand scale in a small package

Now, think of the full Apex Legends experience on the PC, but on-the-go. It’s exactly what you get, with a bit of tweaking to make things run smoothly. While taking big titles and folding them up to fit into a smart phone isn’t a foreign concept, it’s all about HOW the techno mobile origami is done. Apex Legends does it quite nicely.

There are currently 9 legends on the roster, and all of them come packed with the abilities and finishers that you know and love. You’ll start off with Bloodhound and Octane after the tutorial, but you’ll be unlocking all 9 before you know it.

I don’t have a high-end phone, by any stretch of the imagination. It’s midrange at best. Still, I’m able to get a steady frame rate, buttery smooth action in matches, and a pretty good visual of the maps (after I downloaded all the graphic packs, of course). You can choose to crank up the image quality and frame rate control up to how much your phone can handle, or you can take it easy, and play it safe and balanced–ensuring your device doesn’t become a kitchen appliance.

It isn’t a 1:1, shot-for-shot of the base game, but it comes pretty close. It’s a decent mobile reimagining of popular battle royale, and if you happen to have a flagship phone lying around, I can guarantee the visuals will knock your socks off.

If you want challenging events, worthwhile rewards, and a decent, non-predatory battle pass, then you’ll get all three here.

The daily log-ins give a fair share of player experience, in-game EXP boosts, and the good ol’ gacha packs that yield items and cosmetics. This is a pretty good way to get yourself started, and to reach a comfortable level that unlocks all the content (Ranked Matches start at Level 8).

The in-game event looks to be a seasonal kind of deal where it features different weapon classes. It’s a nice “mastery” event where completing a certain number of tasks using the featured weapon class unlock a couple of reward tiers leading to an epic weapon skin. Groovy.

Of course, we can’t forget the battle pass (BP). Apex Legends Mobile is free-to-play, no questions asked. Any amount you’ll spend won’t improve your in-game output–everything is purely cosmetic. That being said, you’ll get a decent amount of freebies for completing all of the standard BP levels. Spending a bit of moolah to go premium will garner flashier rewards. So, start grinding those headshots!

Ah, yes. The meat and potatoes. The main reason why you’ve read up until this point. Stay a while, because it gets better.

If you’re unfamiliar with mobile battle royales, or first-person shooters as a whole, don’t sweat it. Apex Legends Mobile plays like most of its contemporaries, but with its own little quirks. The tutorial mode will help you familiarize yourself with these gameplay mechanics in the form of a brief action sequence followed by a full match.

If you need more time getting to know each of the weapons, you can go speed dating over at the firing range. One could argue that the tutorial might be holding your hand too much, but I think it’s a perfect way to orient anyone who’s reluctant to give this game a go.

Now, to sweeten the deal, we have Rookie Rewards. Yay!

It’s a standard 7-day log-in and daily task event specially made for new players. We highly suggest you make the most out of the seven days, because the rewards are pretty damn sweet. Also, it’s the only way to unlock Mirage at this point–and everyone loves Mirage.

Oh, and we saved the (arguably) best for last.

There’s a 5V5 Team Deathmatch Mode and it’s so much fun.

Goodness gracious, we had to wait until season 9 to get this on the base game, and still, it’s only 3V3. But hey, everything is forgiven because Apex Legends Mobile has a deathmatch arena right out of the box–and it’s 5V5.

It’s complete and utter pandemonium with ten players just going at it with bullets flying, abilities going off simultaneously, and matches lasting 5 minutes at most. It’s such a sweet feeling, I swear. The designated map will change every 10 minutes, so you’ll get used to all of them whether you like it or not.

The addition of a TDM mode was a great move. From a casual’s point of view, the addition of any arena game mode would greatly benefit a pure battle royale. It’s a certain flavor that encompasses all FPS aficionados. It’s a perfect change of pace, and a great palate cleanser if you lose 5 BR matches in a row like I did before writing this. I swear, I’ll have my revenge.

All in all, Apex Legends Mobile is a great mobile FPS battle royale that’ll be a fun experience for older players who’ve been at it since 2019, and worthwhile challenge for those who’ve never played the genre. Best believe you’ll get hooked once you get started on this one.