GRRM has voiced his delight in the glowing reviews for Elden Ring. 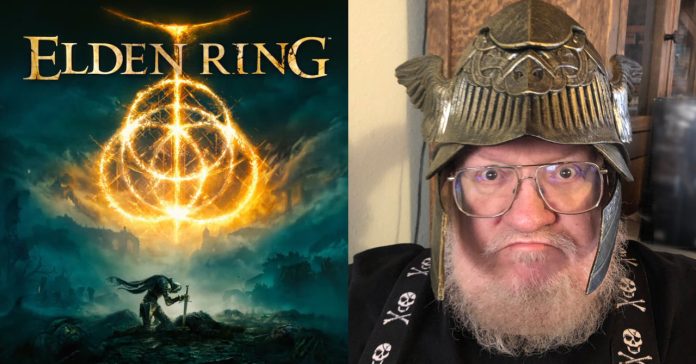 In his latest blog post, Martin highlighted several glowing reviews of the latest FromSoftware title, and he said:

“The wait is over. Years in the making, ELDEN RING was released last week, and has been taking the gaming world by storm…

“Of course, almost all the credit should go to Hidetaka Miyazaki and his astonishing team of games designers who have been laboring on this game for half a decade or more, determined to create the best videogame ever.   I am honored to have met them and worked with them, and to have have played a part, however small, in creating this fantastic world and making ELDEN RING the landmark megahit that it is.”

Years in the making, ELDEN RING was released last week, and has been taking the gaming world by storm….https://t.co/ANCmJ3V3sQ pic.twitter.com/VMyeXOlN31

In creating Elden Ring, Hidetaka Miyazaki approached A Song of Ice and Fire author Martin to help craft the game’s story and world. And while the game is still written primarily by Miyazaki, Martin was key in creating the history and the lore of Elden Ring.

In our Elden Ring review, we called it “the Souls formula at its best,” and that it deserves a 10/10 score if not for some technical issues.