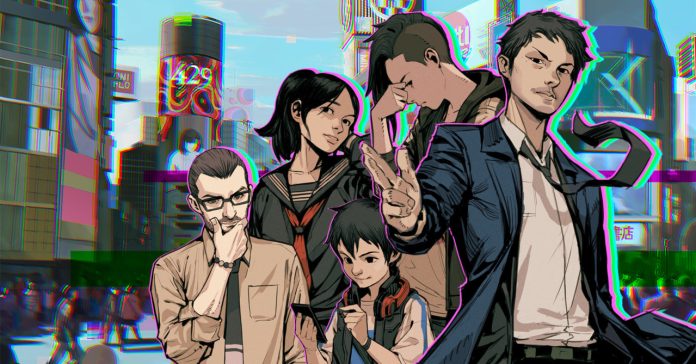 As the name implies, Prelude is a prequel to Ghostwire: Tokyo, and will give us our first taste of what to expect in the upcoming game, albeit in visual novel form.

The visual novel is described as:

“Dive deeper into the world of Ghostwire with the Ghostwire: Tokyo – Prelude. In this exciting visual novel adventure, players will join the mysterious KK and his team of supernatural detectives as they investigate an unusual disappearance. However, along their journey they’ll stumble upon something even more sinister. Players can choose different interactions with KK’s associates to piece together their stories in Ghostwire’s unique prequel.”

In case you’re unfamiliar, Ghostwire: Tokyo is an upcoming first-person action-adventure game from Tango Gameworks, the studio behind The Evil Within series. While the Ghostwire: Tokyo does have a horror aspect, it’s a more action-focused game, with combat that’s described as “karate meets magic.”

Ghostwire: Tokyo releases on PS5 and PC on March 25, 2022. The game is currently available for pre-order now in the Philippines.

- Advertisement -
Previous articleResident Evil 2, 3, and 7 are getting PS5 and Xbox Series X|S upgrades
Next articleCinema ‘76 Café serves up special The Batman and BTS treats this month