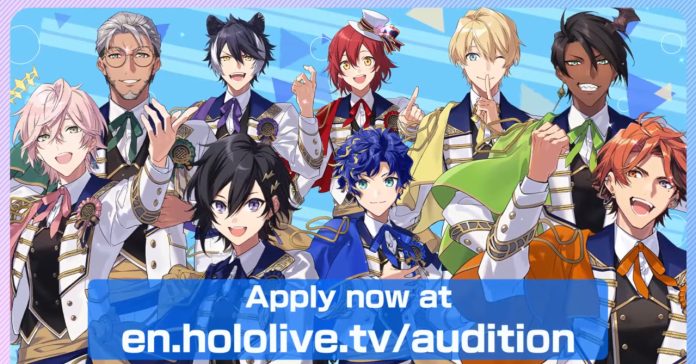 After opening permanent auditions last January, Cover Corporation has announced that it has opened Hololive English auditions for male VTubers.

Interested in joining the Hololive English male auditions? You can fill out the form for here: https://en.hololive.tv/audition

In case you’re unfamiliar, Hololive is a VTuber agency based in Japan. While the agency started with all-Japanese talents, a roster of English-speaking VTubers debuted back in 2020. Now, there are 11 Hololive English VTubers, though they are all female characters.

With this new round of auditions, it is pretty much confirmed that there will be an upcoming English-speaking roster of VTubers from Hololive. Though this won’t be the first set of Male VTubers from the agency as they also manage the Holostars group.