Sakura Miko is finally living up to her Shrine Maiden roots! 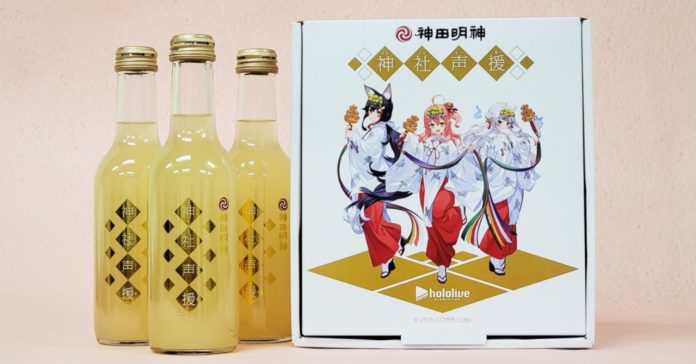 Hololive VTubers Miko Sakura, Nakiri Ayame, and Ookami Mio have teamed up with the Kanda Shinto Shrine in Akihabara, Tokyo.

While Hololive is no stranger to collabs, this one is a bit unique as it is made to support a historic Shinto shrine in Tokyo. As part of the collaboration, fans can buy the Kanda Myojin Shrine Support set which comes with three bottles of ginger ale, as well as an original postcard. This set is priced at JPY 1,680 yen (around USD 13.8 or PHP 720). 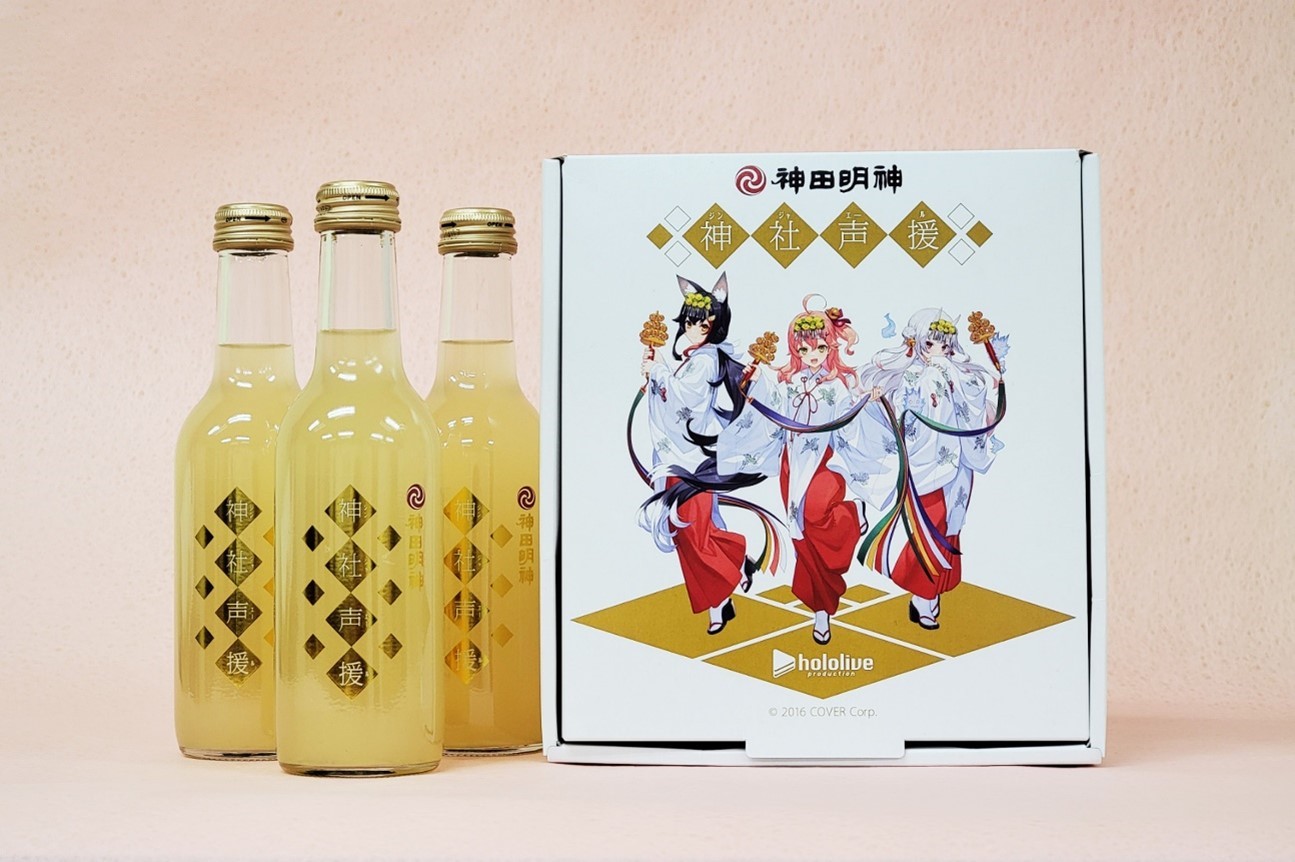 Why ginger ale instead of something more traditionally Japanese like sake? Well, that’s because of some wordplay as Ginger ale is pronounced as “jinja” in Japan which is the Japanese word for shrine. Meanwhile, Ale is pronounced similarly to “yell” which is a cheer in Japanese. So, in Japanese, Ginger Ale sounds a lot like “Shrine Support” (credit to SoraNews24 for this translation)

Meanwhile, here’s a look at the postcards that come inside the set: 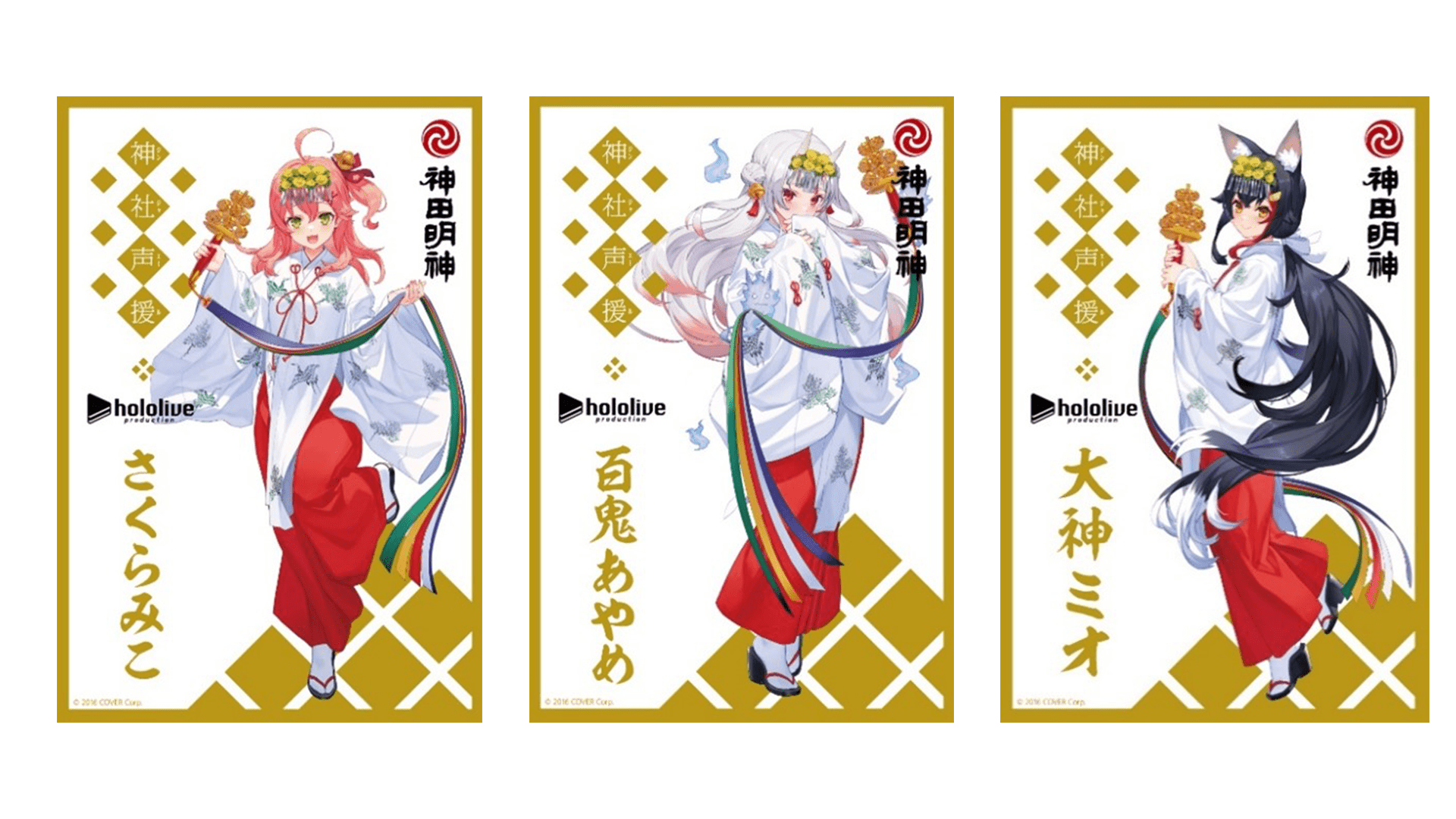 Take note though, each set only comes with one random postcard, so you won’t be able too choose which one you’ll take home. If you want to get them all, you’ll have to buy multiple sets.

These Shrine Support sets are available at the shrine starting March 30, though only 200 will be available per day. The sets are also available for purchase via this online store. 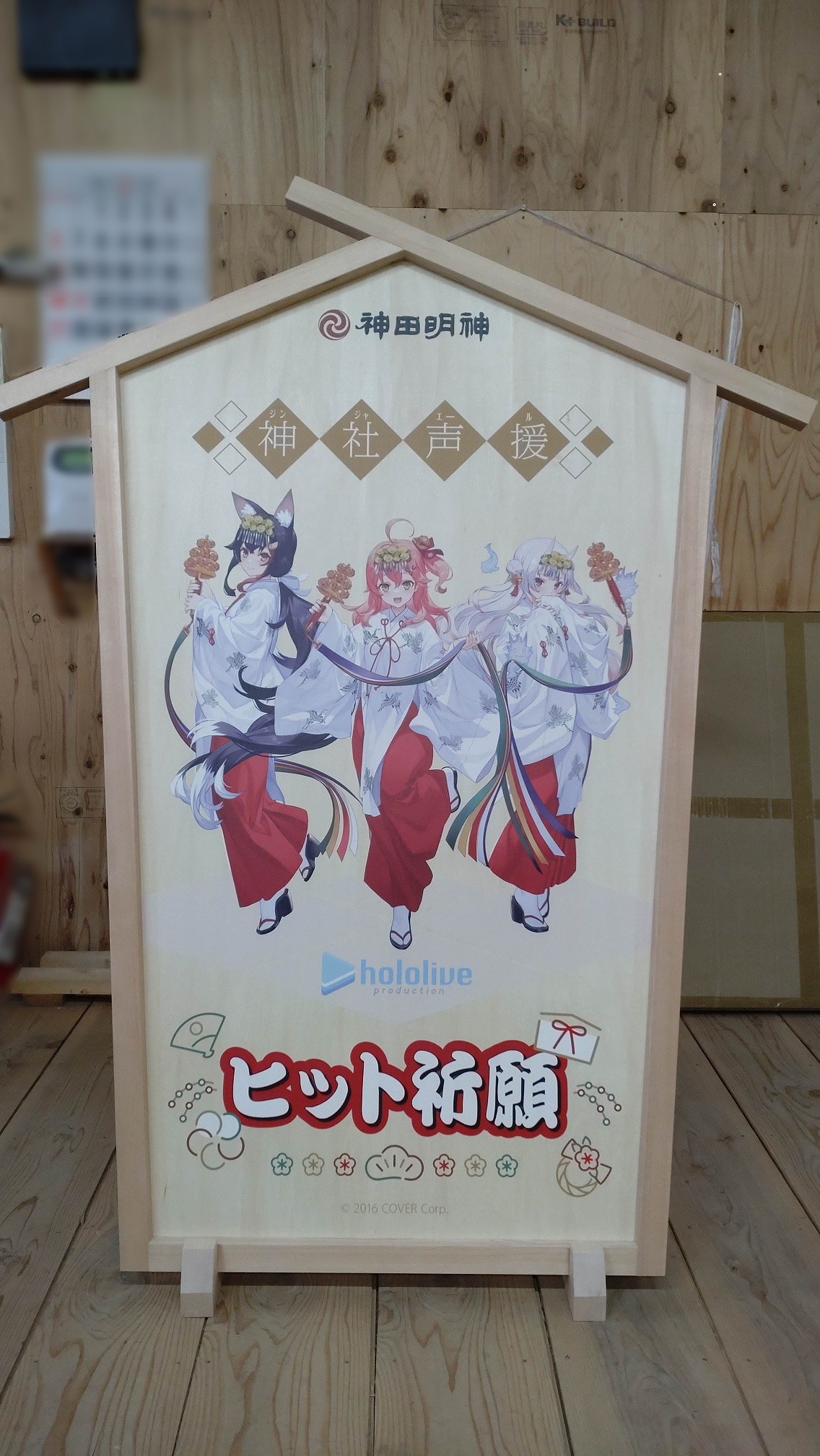 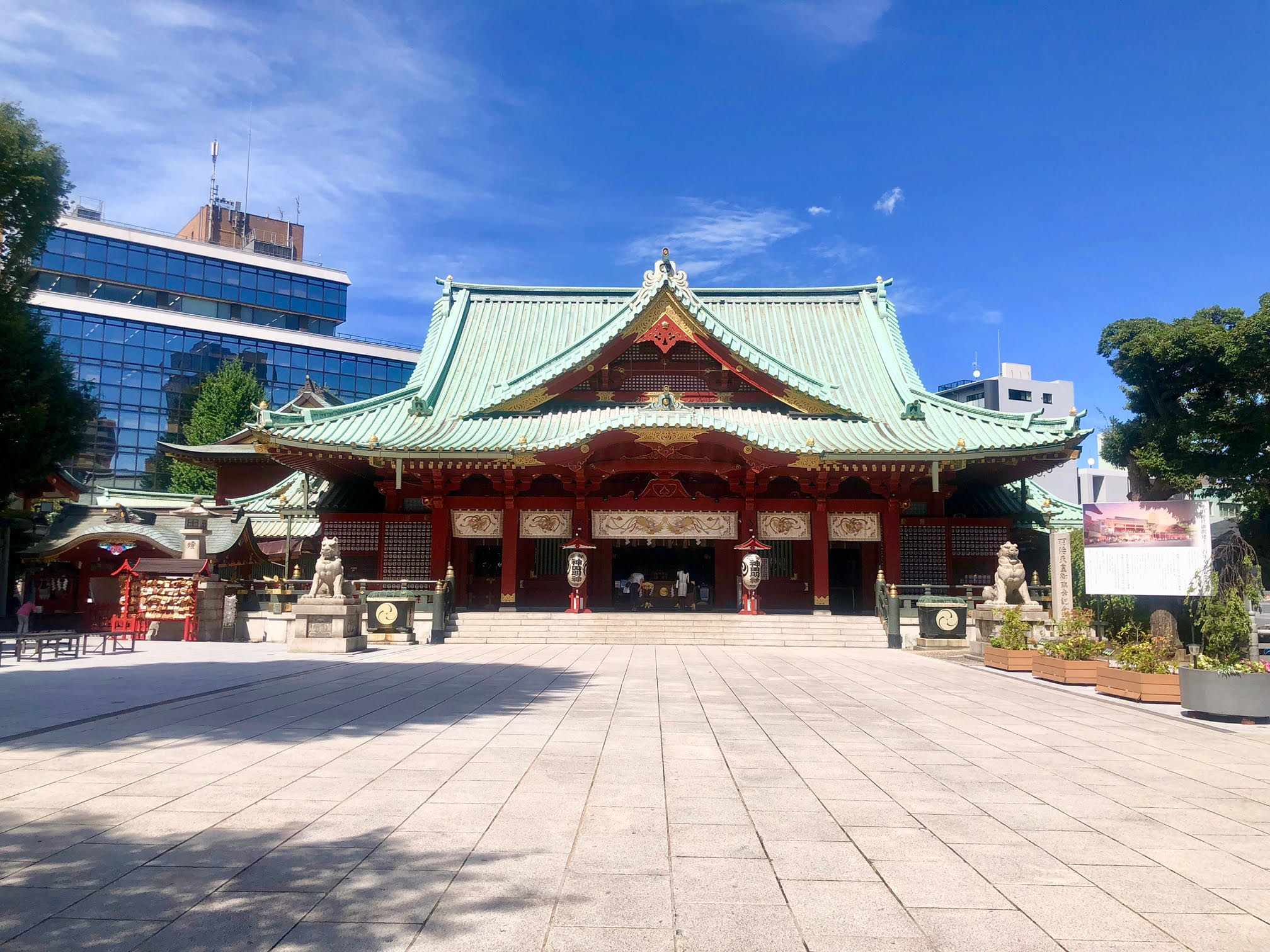