Pre-registration of Destiny Girl kicks off on Android and iOS 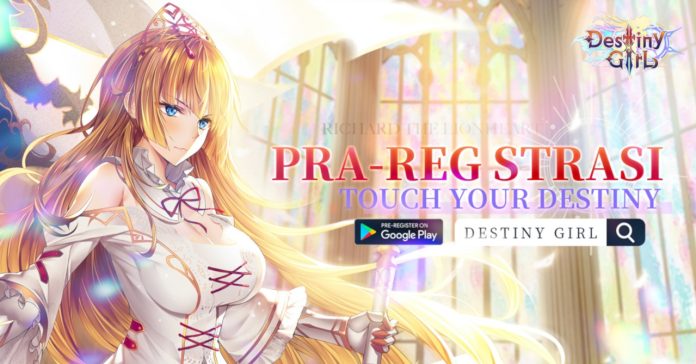 360 GAMES has announced that Destiny Girl, a new anime-style mobile game, is now available for pre-registration on the App Store and the Google Play Store.

As a bonus, players who pre-register for the game can get the free SSR characters “Tamamo-no-Mae” and “Oda Nobunaga” by singing up. Players can also join in the events from the official website during the pre-registration. On top of these, the pre-register milestone activity has also started, meaning as more players the pre-register, more in-game rewards will be unlocked.

As for the game itself, Destiny Girl’s gameplay features a mix of card collecting, idling, and casual gameplay, all while having an anime-inspired art style. Meanwhile, the game tasks players with saving the world from dragons and other monsters through the help of characters which are fictionalized versions of historical figures.

This new mobile game recently held its Closed Beta Test recently in Singapore, Malaysia, Thailand, Indonesia, Philippines, and other regions. The Beta Test proved to be quite popular as the max limit of testers was increased from 8,000 to 15,000 temporarily.

You can pre-register and find out more about the game via the following links:

- Advertisement -
Previous article
One Piece Odyssey announced, a turn-based RPG releasing this year
Next article
Xbox Game Pass for PC is officially coming to the Philippines