Smartphone Showdown: Redmi Note 11 vs OPPO A94 vs Samsung Galaxy A32

Which budget-friendly smartphone should you get? 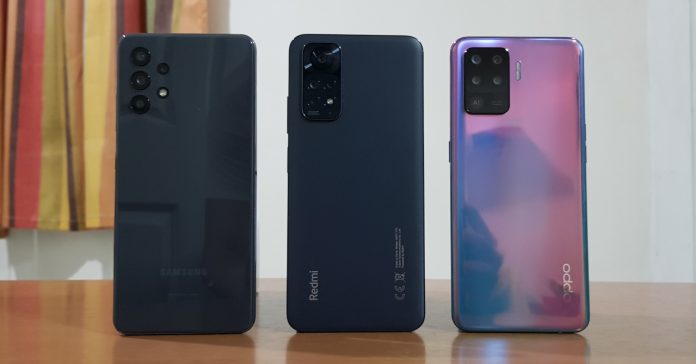 Recently, Xiaomi launched the Redmi Note 11 in the Philippines, a budget-friendly smartphone that promises to be a great gaming device.

Promises are one thing, but in our recent test, the Redmi Note 11 passed our all-day gaming trial with flying colors. Aside from running today’s popular games with ease, the Note 11 was able to last for a whole day of gaming!

Now, we’re back with another Redmi Note 11 test, but this time, we’re comparing it with two mid-range smartphones: the OPPO A94 and the Samsung Galaxy A32. These two phones also have good specs on paper, but they are a bit pricier than the latest Redmi.

So, which phone stood out in our comparison? Read on for our new Smartphone Showdown! 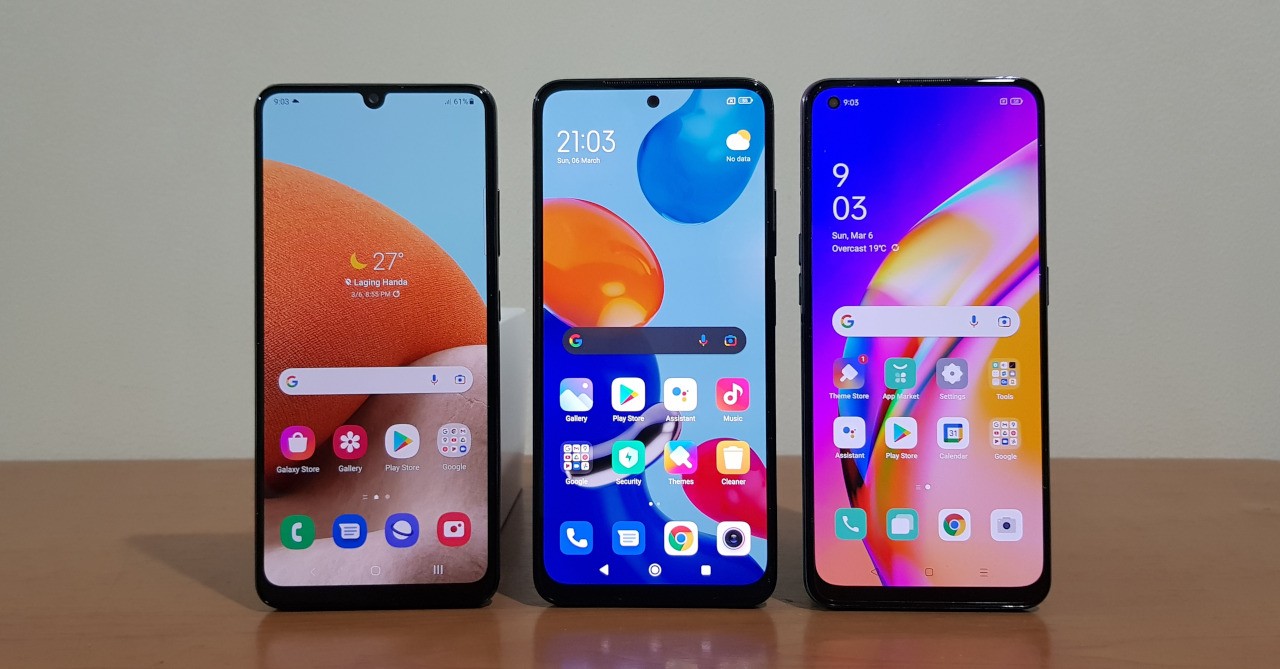 First off, let’s take a look at the designs of the three smartphones. All three devices have good designs for budget-friendly phones, and they all feel solidly built and have nice looks to boot. They all have good-sized displays with slim bezels, so in the looks department, none of these phones will disappoint.

As for which one is best, that will depend on a user’s preference. For me though, I prefer the Redmi Note 11 for practicality reasons. Firstly, the phone has a matte finish which makes it feel grippier, not to mention that it’s way less of a fingerprint magnet. On top of this, the Note 11 is the only phone among the three with an IP53 rating, meaning it won’t get damaged even if it gets a bit dusty or gets splashed by water.

As a phone is often used as the main binge-watching device by a lot of people, we also checked out how well the displays on these three phones perform. Even though all three are budget-friendly, the phones all have Full HD AMOLED screens, meaning they all give great viewing experiences.

At first, all three seemed to be equally great for movie/series watching, but the Redmi Note 11 does have a slight advantage when it comes to brightness. The Note 11’s screen has 1000 nits peak brightness compared to the 800 on the two other phones. This means the Redmi Note 11 gets a bit brighter, which is great if you want to watch something while outdoors or when under harsh lighting.

First off, here’s a look at their synthetic benchmark scores:

As you can see, all three phones have fairly close scores on 3Dmark, with the Redmi Note 11 leading by a bit. In Geekbench 5 meanwhile, it is the Redmi Note 11 has the best Multi-Core performance, but the OPPO A94 has a higher Single-Core score. 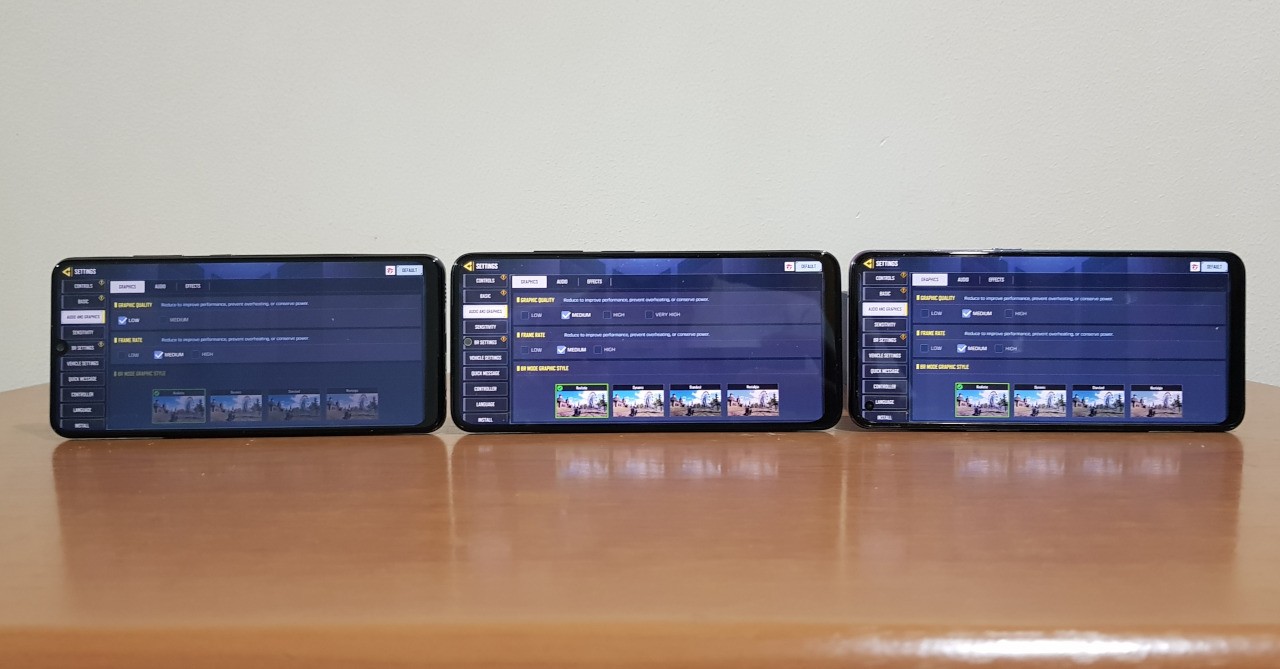 As for actual gaming, the three phones all performed well in Wild Rift on the Medium setting, but it is the Note 11 that has the slight power advantage for Call of Duty Mobile. In CoD, only the Note 11 had the option to use the Very High graphics setting. On top of this, the Redmi also has a 90Hz refresh rate – great for games that support 90FPS. While the Samsung Galaxy A32 also has a 90Hz screen, the downside is that it is the least powerful of the three.

Now we move on to cameras. The three phones each have a quad camera setup, but with a different megapixel count. The Note 11 has a 50MP main camera, the OPPO A94 a 48MP shooter, and the Galaxy A32 packs a 64MP snapper. The Galaxy A32 also has a 5MP macro and a 5MP depth sensor, with the two other phones only having 2MP for their macro and depth sensors.

For photography, there is no outright winner between the three as they are all surprisingly good, even at night thanks to the night mode on all of them. Though the Galaxy A32 does have a slight advantage for macro shots and for some low light photos. 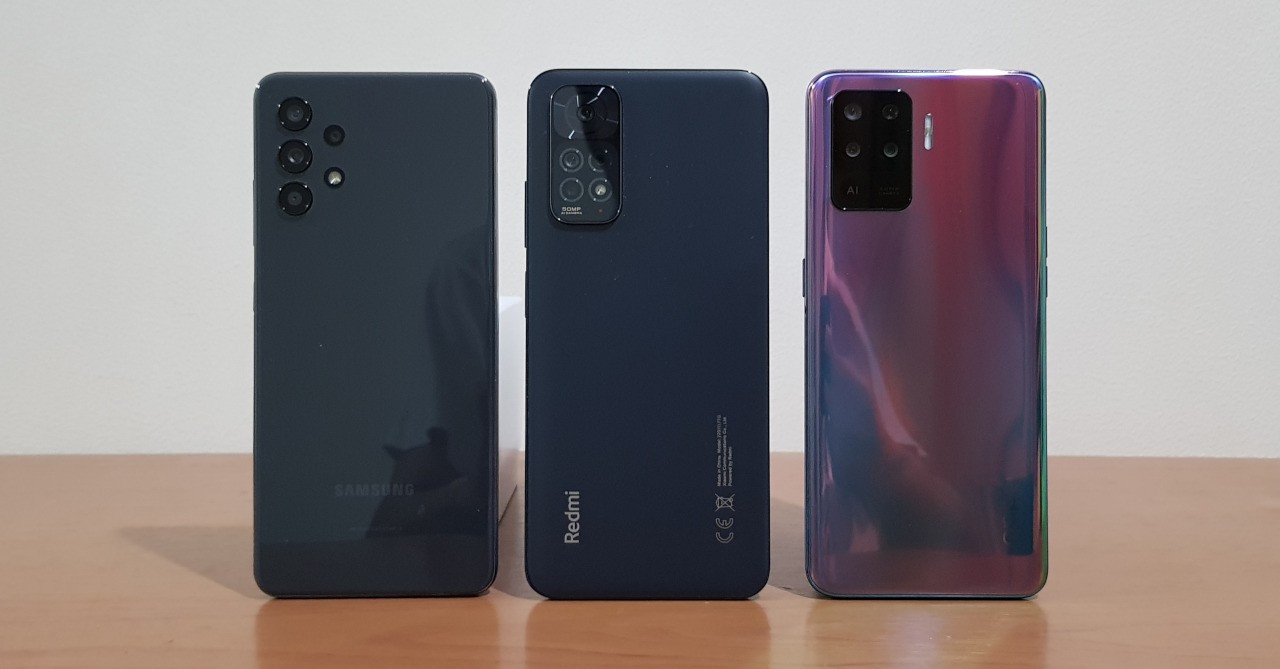 Given that all three phones performed well for gaming, it should come as no surprise that they are all responsive and reliable for daily tasks. Whether you need a phone for browsing, social media, or for work apps, you won’t be disappointed with any of the three.

The Verdict – Redmi Note 11 is the Winner 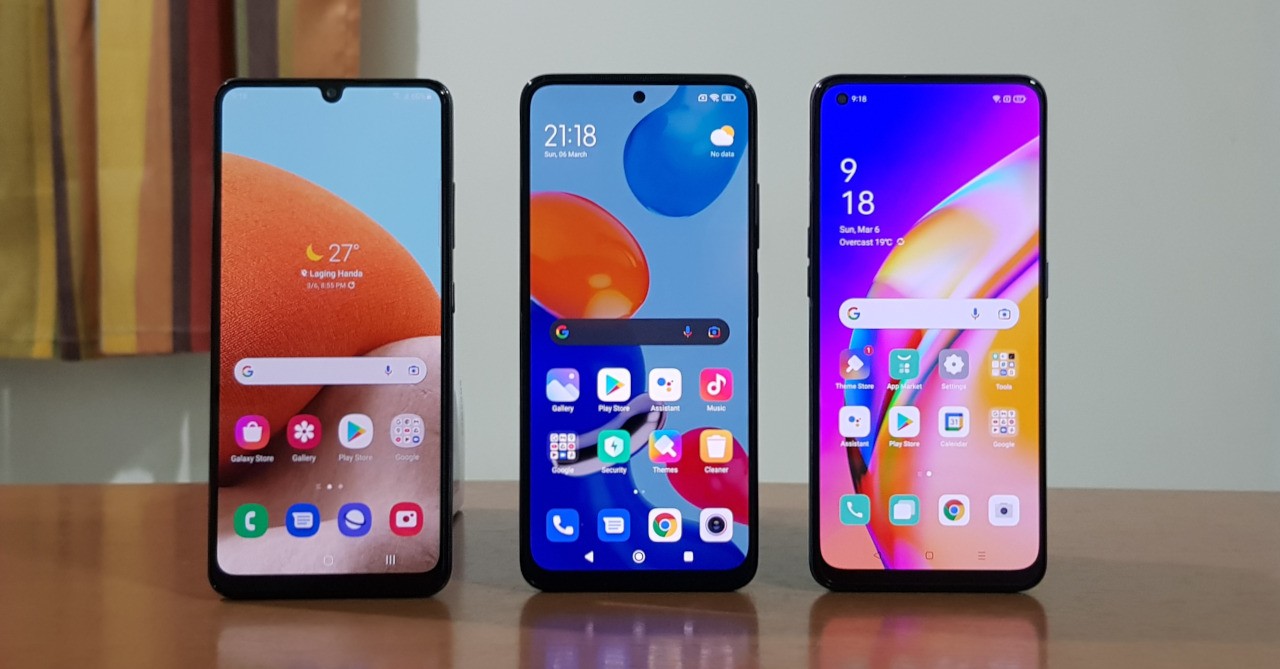 Overall, the Redmi Note 11 is the winner in this Smartphone Showdown. While the A94 and the A32 are also good phones, the Note 11 just beats them out when it comes to binge-watching, gaming performance, and battery life. Plus, the Redmi is also the only one with an IP53 rating, meaning it is resistant to some dust exposure and water splashes.

The Redmi Note 11 wins overall, but when you add pricing into the mix, the Redmi is an even better deal. The newest phone from Xiaomi has a starting price of PHP 8,990. For comparison, both the A94 and the A32 have an SRP of PHP 13,990. This makes the Note 11 not only the clear winner, but also the best in terms of bang-for-buck.

- Advertisement -
Previous articleAutomated Market Research 101: Why it’s the next big thing in Marketing Optimization
Next articleRedmi Note 11S and Note 11 Pro 5G are now available in the Philippines