Doomfist And Orisa are getting Tank overhauls for Overwatch 2

Doomfist is changing from DPS to Tank in Overwatch 2. 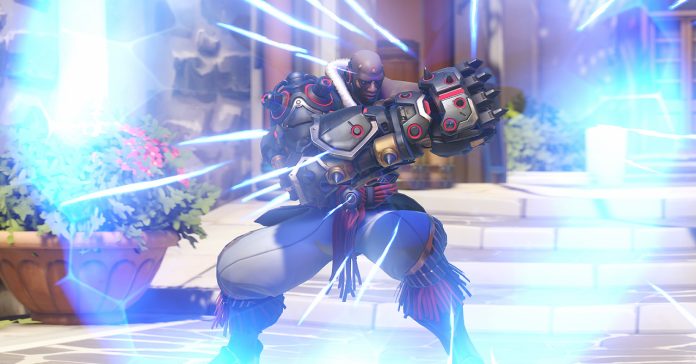 Ahead of the upcoming PvP Beta, Blizzard revealed that Doomfist and Orisa are getting Tank reworks for Overwatch 2.

Specifically, Doomfist is transforming from a DPS into a Tank for Overwatch 2. Meanwhile, Orisa will get her shield and current ultimate removed, and these will be changed into new abilities.

The rework for both characters was made to better fit the new 5v5 format for Overwatch 2 PvP. Because of the 5v5 matches, each team will only have one Tank, but the Tanks in the game will have reworked abilities that make them more like brawlers than simply damage sponges. 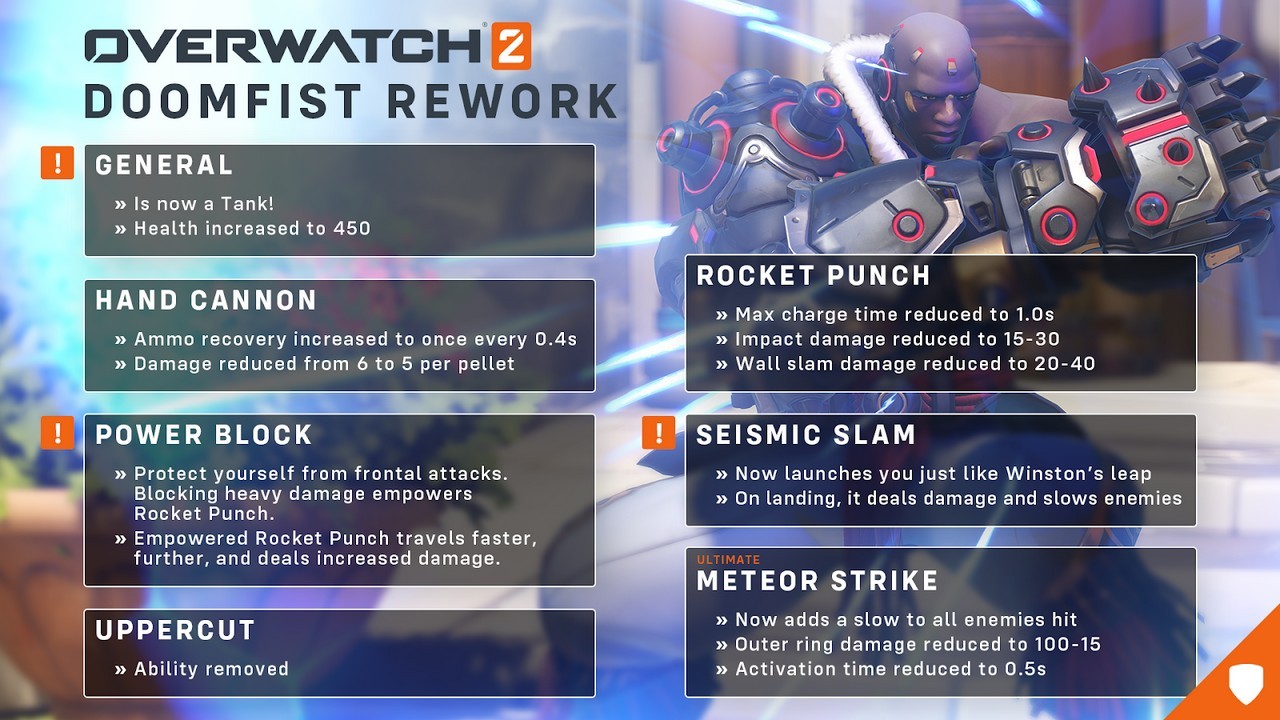 First is Doomfist’s reworks. For Overwatch 2, he becomes a tank with a health of 450. his Rocket Punch, Hand Cannon, and Meteor Strike have also been modified to better fit his new Tank role.

Though the biggest change is the removal of the Uppercut ability. To make up for this, Doomfist is getting the Power Block ability which protects him from frontal attacks. His Seismic Slam also now launches him similar to Winston’s leap. 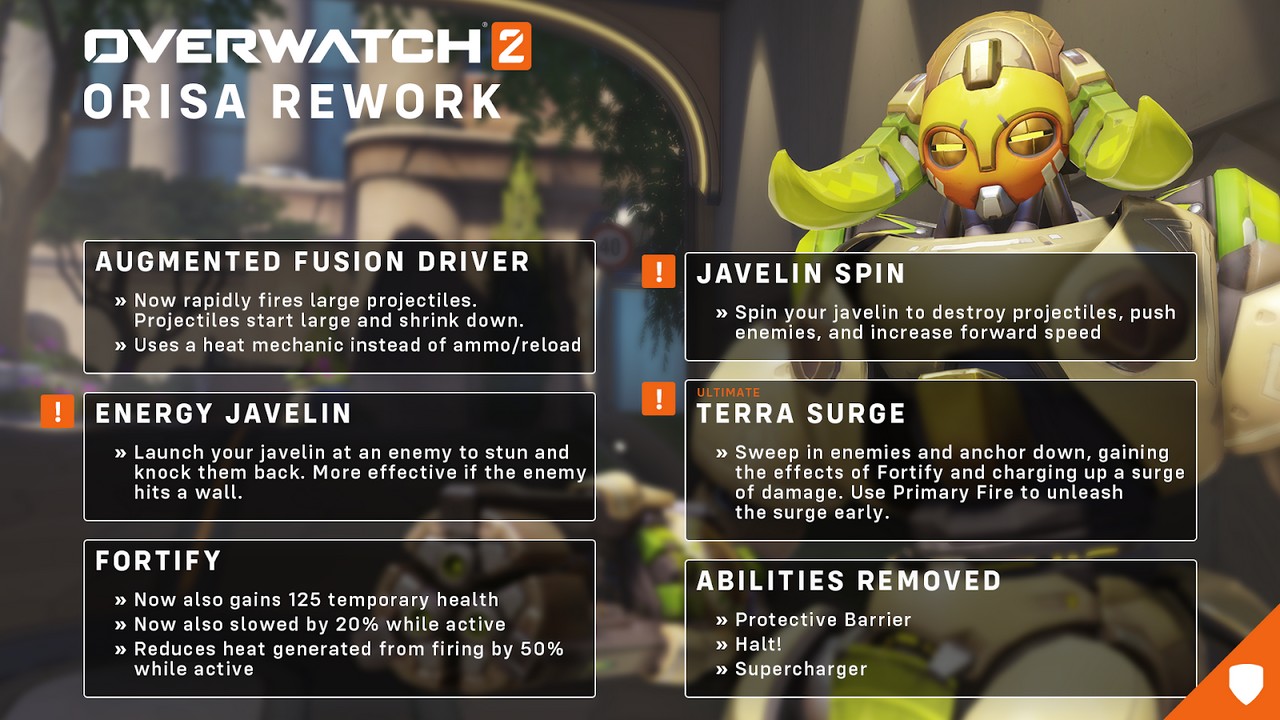 Orisa also has big changes in her rework, as her shield, Halt! ability, and Supercharger ultimate are now gone. In exchange, Orisa gains the Energy Javelin ability which launches her javelin at an enemy for a stun and knockback. She can also spin her javelin to destroy projectiles.

Finally, she is getting a new ultimate ability called Terra Surge. This ability fortifies her and pulls in nearby enemies, all while charging up an area-of-effect attack.

While these reworks will be reflected in Overwatch 2, Blizzard stated that these changes are a work in progress. So you can expect these to be tweaked ahead of the official release.

The Overwatch 2 PvP beta test begins on April 26, 2022 on PC. For more info on the beta, visit PlayOverwatch.com.