The next Persona concert will also be livestreamed for those who won't be able to attend in-person. 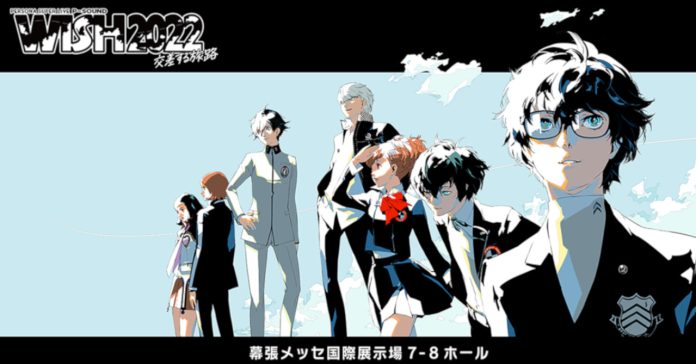 ATLUS has announced that the Persona Super Live P-Sound Wish 2022 ~Crossing Journey~ concert is happening this October. Much like previous P-Sound concerts, this event will feature live performances of the iconic tracks from the Persona series.

Specifically, the concert is happening from October 8 to 9, 2022 at Makuhari Messe in Chiba, Japan. Tickets for the event are available on sale today at the event website.

Meanwhile, there’s good news for fans who won’t be able to attend the event in person. The upcoming Persona P-Sound 2022 concert will be streamed live worldwide. To view the concert stream, you’ll need to purchase livestream tickets which will go on sale on May 1.

To watch the livestream, you can buy your tickets here. The concert livestream will also be archived until October 17, 2022 at 23:59 JST (22:59 PHT) for ticket holders.

The upcoming concert will feature performances by Lyn Inaizumi, Ymi Kawamura, Lotus Juice, Shoji Meguro, and Shihoko Hirata. As the concert is happening on October 8 and 9, there will be one performance on each night.

Given that previous P-sound concerts had big game announcements, we also wouldn’t be surprised to see the next Persona game (or at least a spin-off) get announced during the upcoming concert.