The Batman releases on HBO GO next week! 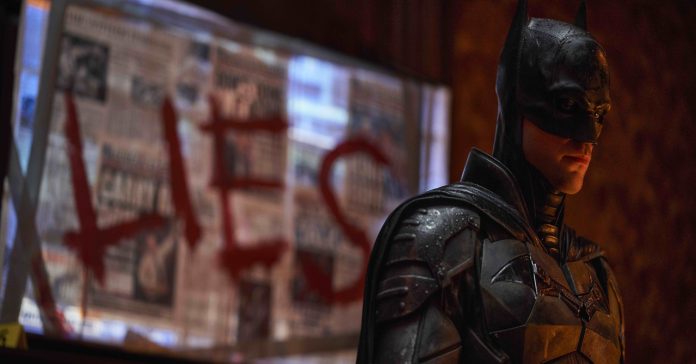 The Warner Bros. Pictures global blockbuster, Matt Reeves’ The Batman is set to premiere on Monday, April 18 first on HBO GO in the Philippines.

The film stars Robert Pattinson (Tenet, The Lighthouse) as both Gotham City’s titular vigilante detective and his alter ego, the reclusive billionaire Bruce Wayne. It follows the origin of the caped crusader as he navigates the darkness of night, and explores an intricate web of murder, mystery, and criminal activity.

Alongside Pattinson we have a star-studded cast featuring Zoë Kravitz (Big Little Lies, Fantastic Beasts: The Crimes of Grindelwald) as Selina Kyle, Colin Farrell (The Gentlemen, Fantastic Beasts and Where to Find Them) as Oswald Cobblepot, John Turturro (the Transformers films, The Plot Against America) as mob boss Carmine Falcone, and Paul Dano (Love & Mercy, 12 Years a Slave) as the Riddler.

Andy Serkis (the Planet of the Apes films, Black Panther) and Jeffrey Wright (No Time to Die, Westworld) round up the set of characters as Alfred Pennyworth and Lt. James Gordon, respectively.

Matt Reeves (The Planet of the Apes franchise) directed from a screenplay crafter by himself and Peter Craig–a screenplay based on characters from DC. The Batman persona was created by Bob Kane with Bill Finger. Dylan Clark (the Planet of the Apes films) and Reeves produced the film, with Michael E. Uslan, Walter Hamada, Chantal Nong Vo and Simon Emanuel serving as executive producers.

Viewers can stream or download The Batman starting April 18 first on HBO GO. You can check out our spoiler-free review for more.