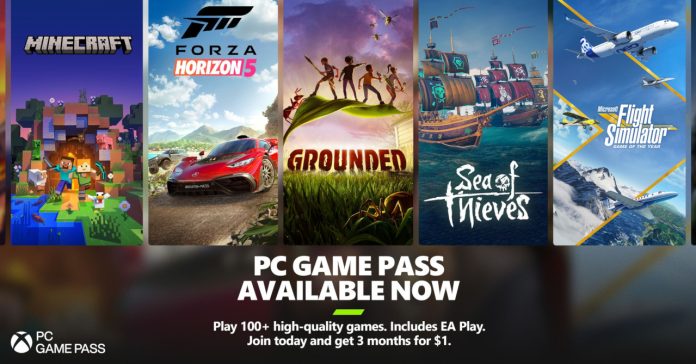 Following its preview release a few weeks ago, Xbox has finally launched PC Game Pass in the Philippines.

As a special offer, new subscribers will get their first 3 months for only USD 1 or PHP 49. After the promo period, PC Game Pass will be priced at PHP 119 per month.

In case you’re unfamiliar, PC Game Pass is Microsoft’s game subscription service that lets players download and play over 100 games on PC for a monthly fee. Think of it like Netflix, but for games. The Game Pass lineup includes titles from Xbox Game Studios, as well as Bethesda games. Plus, Game Pass also comes with an EA Play membership.

For more on Game Pass in SEA, visit the official Xbox website.

- Advertisement -
Previous article
Intel Core 12th Gen Processors for Gaming Laptops: What you need to know
Next article
Celebrate Artem Wing’s birthday at the Tears of Themis collab café in the Philippines