5 Anime Openings that you wouldn’t want to skip

Here are 5 fairly new anime openers that are absolute bangers! 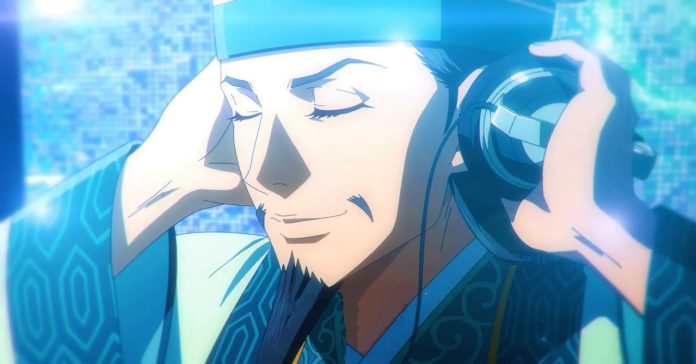 We’d be hard pressed to find an anime with an easily skippable opening in the year of our Lord 2022. Of course, you can only binge, at most, 3 episodes during your lunch break, right?

You’d really wanna maximize that time and hopefully, clock out at 5.

Kidding aside, the bounty of anime that came out towards the end of 2021 leading to right now-ish has given us a few hot and tasty opening tracks. I’ve been mulling over a few, and in my “extensive research” they’ve since found their way into my personal playlist. Hey, who says work and pleasure can’t mix?

I’ve said enough. Time to drop it like it’s hot.

It’s an anime about weaponized mushrooms, crab riders, and hippos with turrets in a zany, post-apocalyptic world full of mystery and hijinks. I think the intro suits the premise pretty well.

It’s a high-octane, pop punk rock track that just goes so well with all the bullets and explosions. Definitely reminiscent of the shounen anime of the mid-2000s–arguably one of the best eras. Get pumped. Save the world. Do both.

Now, CGI in anime can often be hit-or-miss, but not this time. Not with this explosion of color it ain’t. I must say, there’s just something about Hirohiko Araki’s art style that makes this track work.

If you watch ALL the JJBA openings in succession from Phantom Blood all the way to Stone Ocean, you’d think you’re watching a totally different series by the end–and I think that’s great. We’ve come a long way since grandpa Jonathan Joestar and his almost theatrical rock ballad. Stone Ocean is a track of pure, modern, unadulterated girl power with a guitar riff that’ll slap you as hard as it can until part 2 eventually comes out.

If it ever will.

Now, I know that the actual adaptation from the donghua came out early last year, BUT the Japanese dub was released in January of 2022. By purists’ standards, it technically wasn’t even an anime in 2021. I’m safe. I can sneakily insert this right smack in the middle of the list.

It’s a good thing too, because aside from the show’s intriguing premise, the animation is actually pretty darn good. Sure, it does have its subtle differences in art style, but with that, its own personal charm. Now, slap that sweet tutting animation onto a smooth, danceable, English track, and you’ve got one heck of an opening.

Ah, good ol’ Suzuki-san–the man who keeps aging at bay with nothing but sunglasses and a goatee. I swear, you’d think this cool cat was barely in his 40s.

I gotta say, it’s kind of hard to even imagine Kaguya-sama: Love is War without his smooth, silky voice paired with that trademark groovy 80s music. We’re already in season 3, and he’s still at it. Love Dramatic is a personal favorite of mine, and GIRI GIRI is looking to take its place.

Surely, you’ve heard of ya boy Kongming? No? Well, now’s the best time to ride the hype train because this earworm is worth having stuck in your head–and trust me, it will get stuck whether you like it or not.

Think “Dead or Alive’s ‘You Spin Me Round’ mashed up with a slowed down Boney M’s ‘Rasputin’ but also Japanese.” That pretty much sums up how good it is.

While it’s not an original track, the incorporation of some heavy-hitting, retro-disco wave elements and removal of anything remotely reggaeton gives us an opening we’ll probably never skip. Ever.

Now, if you’re still not convinced, just check out that dancing animation and tell me it’s not cute. Also, I shared the 4K version because it not only looks, but also sounds better. You’re welcome.

If you have any other recent anime opening themes that you want to share, sound off in the comments. If you want more of these lists, by all means, do let us know.