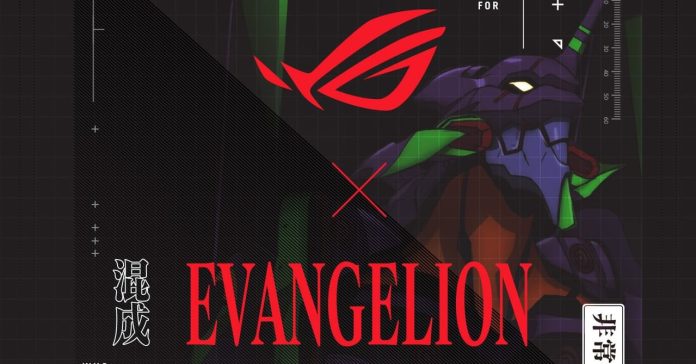 ASUS ROG has just teased its next upcoming collaboration, and it is a team-up with the iconic anime series, Neon Genesis Evangelion.

The ROG x Evangelion collab was revealed via the official ASUS ROG social media pages. There, they shared a teaser image for the new lineup, and it features the iconic EVA Unit-01 of Shinji Ikari, as well as the words “ROG x EVANGELION PROJECT” at the bottom (which is the collab’s official title).

Alongside this image, ASUS ROG also released a short teaser video for the Evangelion collaboration, and it gives us our first look at what the collab will feature. Check it out here:

Based on the video, the ROG x Eva collab is confirmed to feature an Eva Unit-01 themed graphics card.

Here’s a look at the GPU:

Currently, ASUS ROG has yet to reveal the full details on the collab. But based on ROG’s recent collaboration with Mobile Suit Gundam, we expect the ROG x Eva collection to also feature a wide range of PC gaming components, peripherals, and even merch such as t-shirts.

Here’s hoping that we also get Eva Unit-02 items as part of the collab (Shinji’s Eva Unit-01 shouldn’t get all the fun).