It's a biopic we never asked for, but openly accept nonetheless! 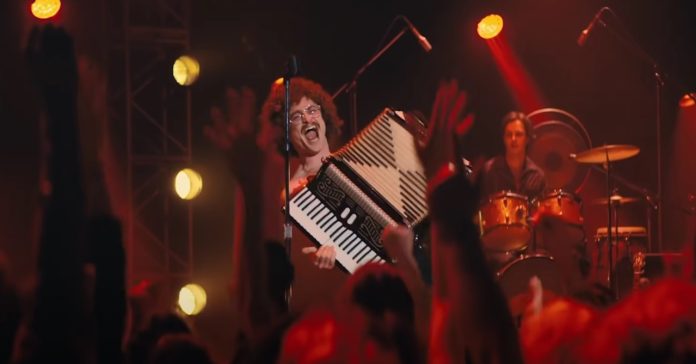 Weird Al Yankovic just wrapped up shooting, and we finally have an official trailer–featuring Daniel Radcliffe.

I gotta say, good ol’ D-Rad has come a long way since his Hogwarts wizarding days in Harry Potter. I’d be remiss, should I keep referencing him as such; given how he and his contemporaries have branched out and almost completely shed the memory of their breakthrough roles. But portraying Weird Al? This we have to see.

Check out the official trailer here:

We get a glimpse of how he’d look as the iconic Weird Al, and so far, he cleans up pretty well. I’m not entirely sure if Yankovic looks THAT good shirtless, but we need to take creative liberties into consideration. Radcliffe’s American accent has always been decent, so it would be interesting to see how he pulls it off this time around.

Aside from promoting the trailer, we get a bit of trivia from Weird Al’s Twitter. Apparently, Aaron Paul was supposed to make an appearance. Probably to shout a certain Breaking Bad catchphrase. Who knows?

Love @aaronpaul_8 – glad he's feeling better! Don't worry, buddy, we'll get you in my NEXT movie (33 years from now, if the cycle continues). https://t.co/I5z0JXolaw

Weird: The Al Yankovic Story is set for release on the Roku Channel, an American over-the-top video streaming service owned and operated by Roku, Inc