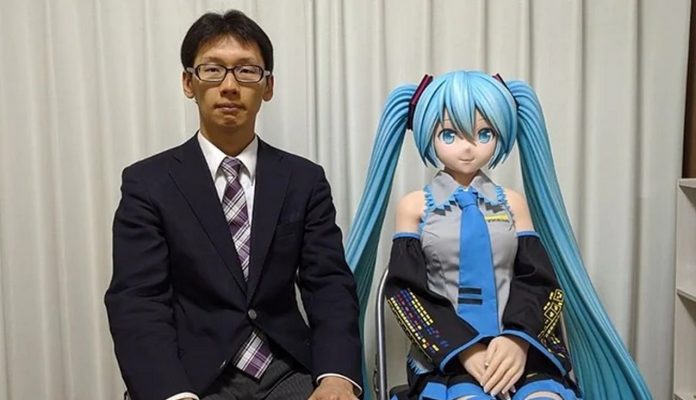 The guy who married Hatsune Miku now faces a big dilemma after four years of marriage. The Japanese man named Kondo Akihiko, who wedded the virtual diva Hatsune Miku back in 2018 can no longer talk to his beloved wife when the company behind Gatebox discontinued its AI service on their tabletop device.

The said device called Gatebox, projects a hologram image of Hatsune Miku, allowing Kondo to interact and hold a simple conversation with her, like saying “good morning” and greeting him when he gets home.

The Lamp-sized device as shown above costs roughly USD 2700 (PHP 142,032.15) on today’s market, and it features other characters, including their flagship character Hikari Azuma. It works similarly to Amazon Alexa or Google Assistant as it can set your lights, organize your schedule, advise you to take an umbrella, or share a glass of wine, just like what Kondo and Miku do during their anniversary. Through the Gatebox Kondo made his interaction with Miku feel real and complete, but unfortunately, with Gatebox AI services shutting down, this marriage might become a one-sided interaction now. 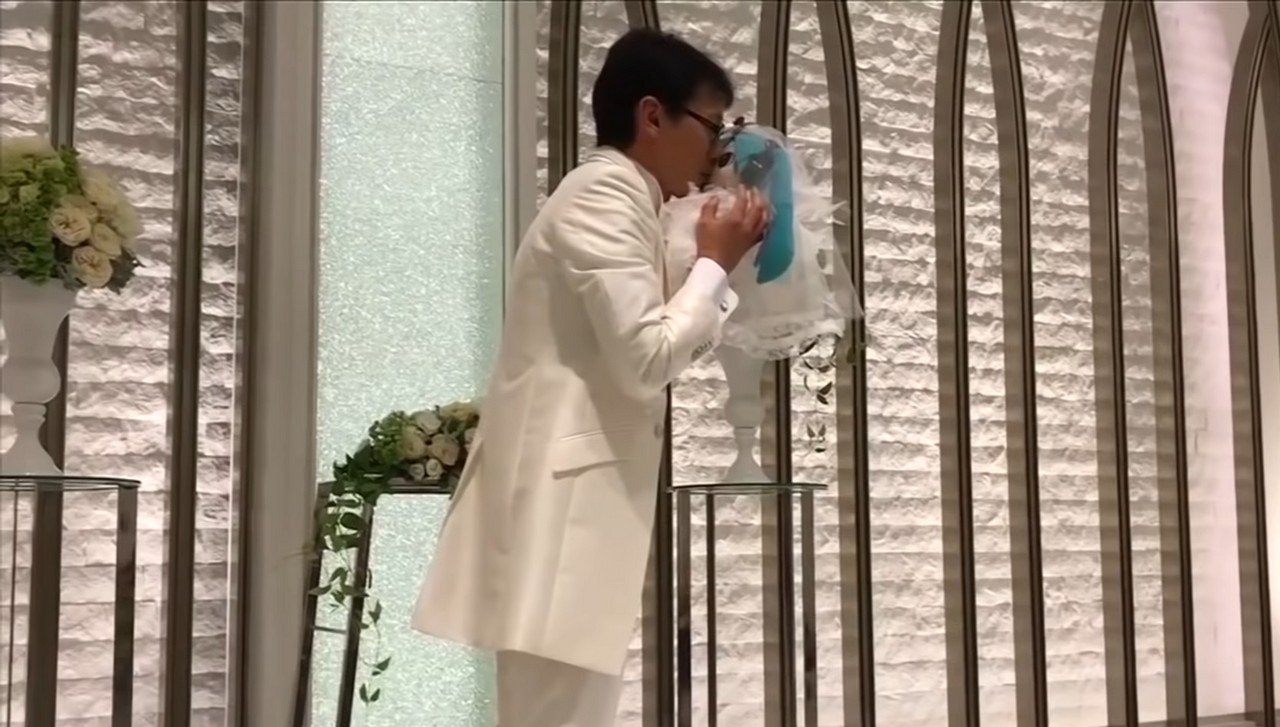 But this did not discourage Kondo to keep loving his virtual wife. As proven before the introduction of the Gatebox, he was already married to Miku. He tied the knot back in 2018, attended by his close friends, and he wore a white tuxedo while his wife Miku at that time, took the form of a plushie. It looks like a real wedding ceremony as it also included a wedding ring which Kondo spent about 2 million Yen (PHP 809,753.69) for. Unfortunately, despite Kondo’s bringing in a huge sum of money to marry Miku, the Japanese government doesn’t recognize the marriage as official.

Not that Kondo minds this issue, being fully aware that some people find his relationship with Miku to be weird. He stated that he’s fully aware that Miku isn’t real, but his feelings for her are. Adding to this statement, when he’s with Miku she makes him smile. Finding solace in this thought this makes Miku real for Kondo. He often shares his everyday life with his virtual wife via twitter and his blog where he shows that his house is full of Miku dolls, including a life sized one.

His love for the virtual diva is rooted back in 2008 when Miku saved him from his depression due to the bullying he got from his job. Since then, Miku became a huge part of his life and pushed him back into society. But as stated above with the Gatebox AI services being discontinued, his marriage faces a roadblock. Regardless, it didn’t lessen his feelings for Miku.

Kondo can be described as a Fictosexual or someone who’s attracted to a fictional character, and he’s not the only guy who married his waifu. Similarly, back in 2010, there was a Korean guy named Lee Jin-Gyu who married his Fate Testarossa dakimakura. The hug pillow or dakimakura was fitted with a wedding dress, with Lee Jin-Gyu wearing a tuxedo during the small ceremony that was serviced by a local priest. Whether Lee Jin-Gyu managed to upgrade his relationship like Kondo is left to our imagination, but this proves that both guys are not the only people who found love with a fictional character.