Dating a killer? What could go wrong! 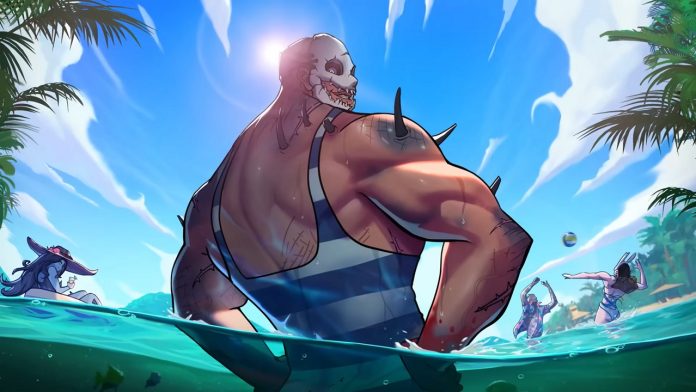 Dead by Daylight just recently celebrated it’s 6th-anniversary by giving us a sneak peek of what is to come, including its first anime collab with Attack on Titan, as well as the unexpected new spin-off, Hooked on You.

Get ready to date your favorite Killer on Dead by Daylight: Hooked on You, a dating sim that reimagines the DBD killers in a lighter image allowing you to befriend and romance them over the course of the game. Of course, what is the perfect place to have a romantic encounter but a sunny beach island resort a huge contrast from the usual dark and gloomy places where the trials are done.

The Killers that you can woo include the Trapper, Huntress, Wraith, and the Spirit, all of whom receive a new design fitting the romantic atmosphere of the game. If you’re not weirded out but instead feel that Dead by Daylight: Hooked on You looks familiar, that’s likely because the spin-off game is a collaboration with game developer Psyop who worked on the I Love You, Colonel Sanders! A Finger Lickin’ Good Dating Simulator where players must earn the favor of KFC’s Colonel Sanders. So, we may expect that Dead by Daylight: Hooked on You will be a lighthearted break from all the killing from the main game.

Dead by Daylight: Hooked on You will have a summer release date on Steam for the PC.