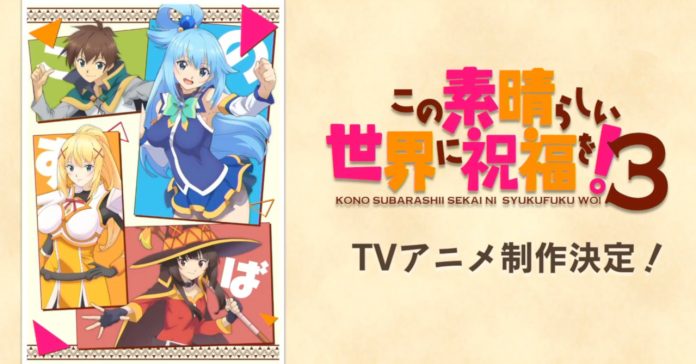 After an initial announcement back in July 2021, KonoSuba Season 3 has finally been confirmed along with a new spinoff.

Specifically, the third season of KonoSuba (full title: KonoSuba: God’s Blessing on This Wonderful World!) is being animated by anime studio Drive. For reference, the first two season were animated by Studio DEEN while the KonoSuba movie was done by J.C. Staff.

While the studio is different, the third season will see previous series director Takaomi Kanasaki returning as the chief director. Other members of the staff from previous season will also return, including director Yujiro Abe, composer Makoto Uezo, and character designer, Koichi Kikuta. 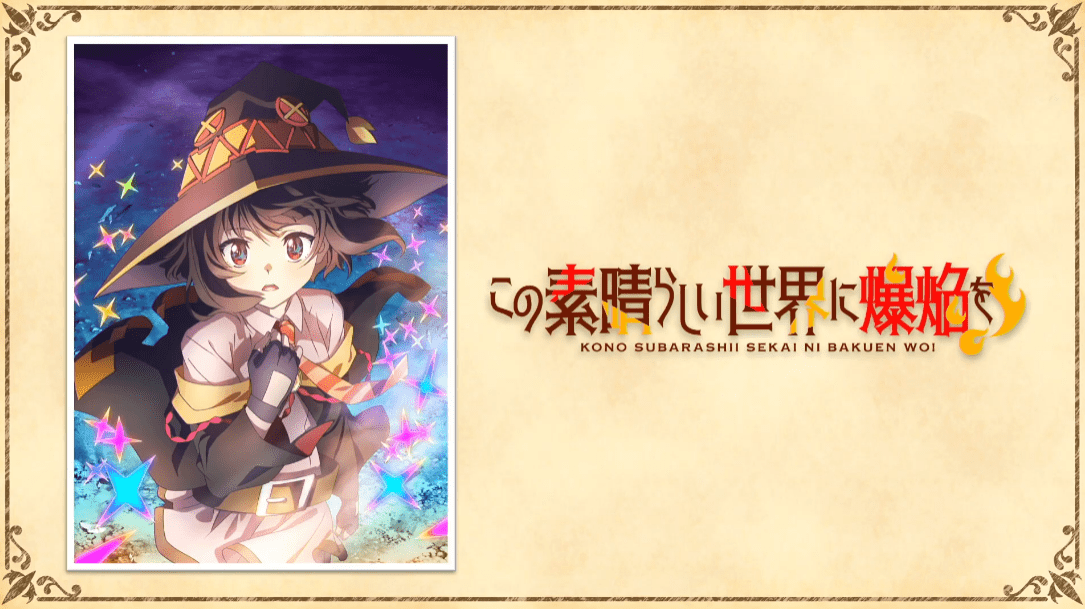 KonoSuba Season 3 will continue adapting the main light novel series, though the new anime series announced will follow a spinoff series. This new spinoff is titled KonoSuba: An Explosion on This Wonderful World!, and it is an upcoming prequel series that explores Megumin’s story before the events of the anime series.

Currently, there’s no word yet on when the next season of KonoSuba and the Megumin spinoff will release. There’s also no info on how many episodes each series will have. Though given that the previous seasons featured 10 episodes each (not including OVAs), here’s hoping that the new season and spin-off are a bit longer.