The new Saints Row is different, but it promises to be just as crazy as its predecessors. 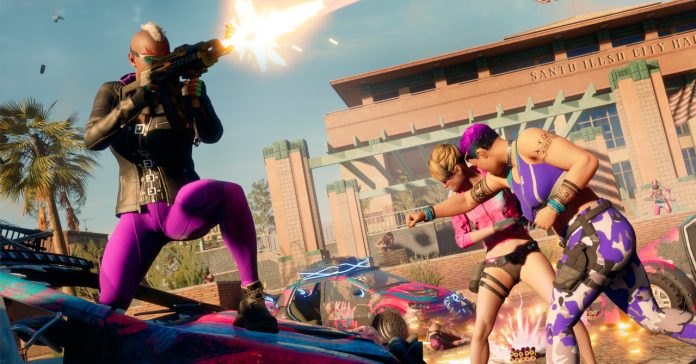 The Saints Row series has long been regarded by fans for its over-the-top and crazy action; think of it like GTA’s wilder and wackier brother. But with the reveal of the Saints Row reboot back in August last year, some long-time series fans were concerned with the new direction. After all, while the initial showcase was filled with crazy action, its brand of wacky was markedly different from what’s come before.

Recently though, developer Volition has given the gaming press a hands-off preview of the Saints Row reboot which showed off more of the game’s gameplay, customization, and crazy action. While it’s still very much its own thing, the new preview might just convince those who are still on the fence. 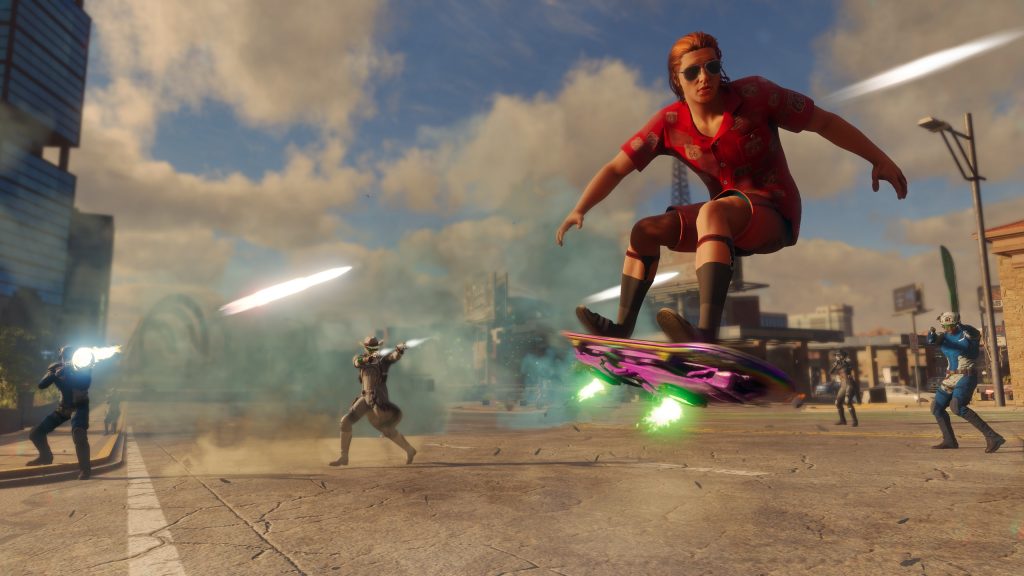 One of the things that was readily apparent in the preview was how the development team has expanded the game’s scope, both in terms of its world and the gameplay. As revealed back in its official announcement, the game is set in Santo Ileso which is a promising open world that should give players a massive sandbox to play in. There, players can do what they please, whether it’s to progress their criminal empire by facing off against rival gangs, or just causing general mayhem throughout the city.

The larger scope isn’t just there in exploration though as the game’s story missions promise to be bigger than the previous games, all while retaining the Saints Row mission style. In the preview, we were given a taste of what to expect in story missions. The particular mission shown takes place early in the game, but even then, it was a crazy thrill-ride as it starts as a run-of-the-mill robbery then devolves into a crazy chase.

Whether in vehicles or on foot, Saints Row has a ton of options for players to choose from. For vehicles, the game has cars, bikes, helicopters, and even a wingsuit to help you get around. And in the preview, Volition showed off a wide range of wild weapons that can help you against the various rival gangs that you’ll face on your way to building your criminal empire. 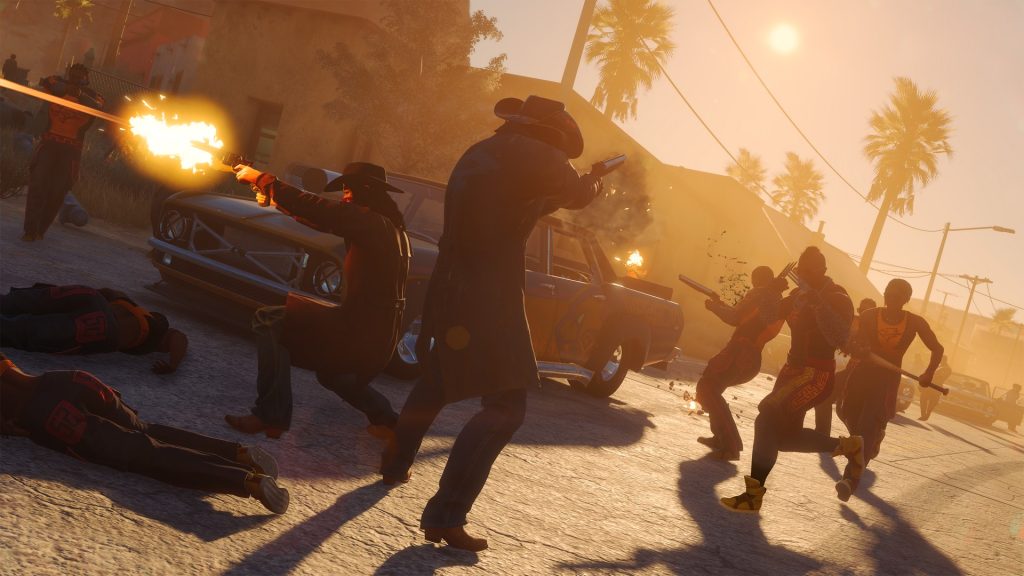 The range of weapons are there to give variety for sure, but you’ll have to master your preferred tools if you want to beat the game’s enemies. While you’ll generally find yourself facing off against standard mobs, there will be times where you will fight boss type enemies. These foes are tough to take down, and, based on the preview, have mobs that support them. Because of this, you’ll need to keep moving and choose weapons that stun them so that you don’t get overwhelmed. It looks frantic and fun, and we’re definitely looking forward to getting to try it hands-on.

Another thing that we can’t wait to try is the game’s drop-in, drop-out co-op system. As revealed back in its announcement, Saints Row will have a co-op system that lets you and a buddy bring mayhem to Santo Ileso, whether it’s in free exploration or through missions. Given the larger scope, the game is just begging to be played with a friend. 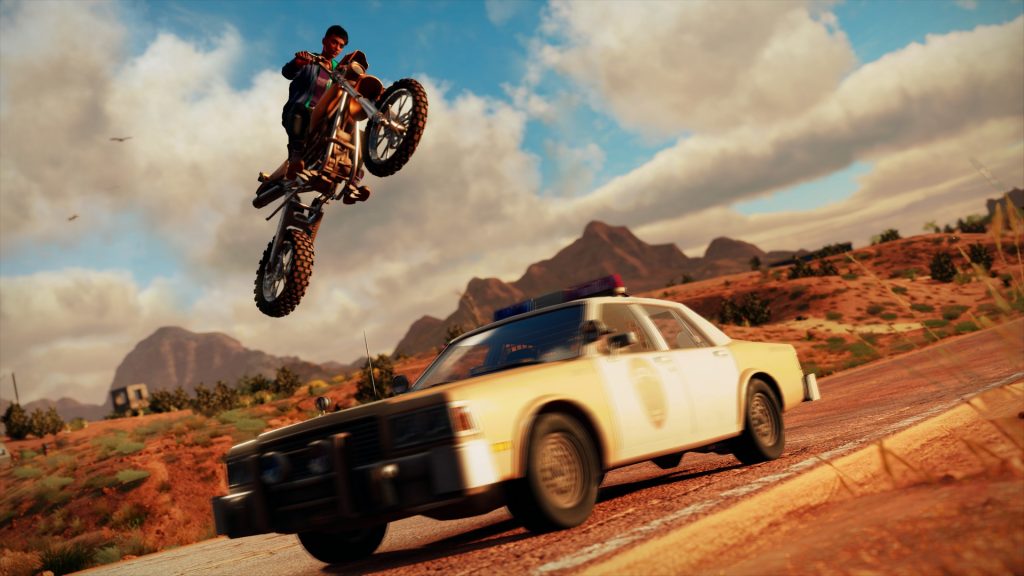 What’s also bigger this time around is the level of customization that players have. In the Saints Row reboot, players are able to customize practically everything. For starters, the hands-off preview showed off a dizzying array of options for hair, clothing, and more.

Aside from your player character, Saints Row will also let you personalize your weapons, vehicles, headquarters, and more. On top of these, the game also features over 100 emotes which you can use to stunt on enemies or show off to your co-op partner.

Customization is definitely a big part of the Saints Row experience, so it’s great to see that the upcoming reboot has even more options for player personalization. Along with gameplay, this is surely another part of Saints Row that we are interested to see. 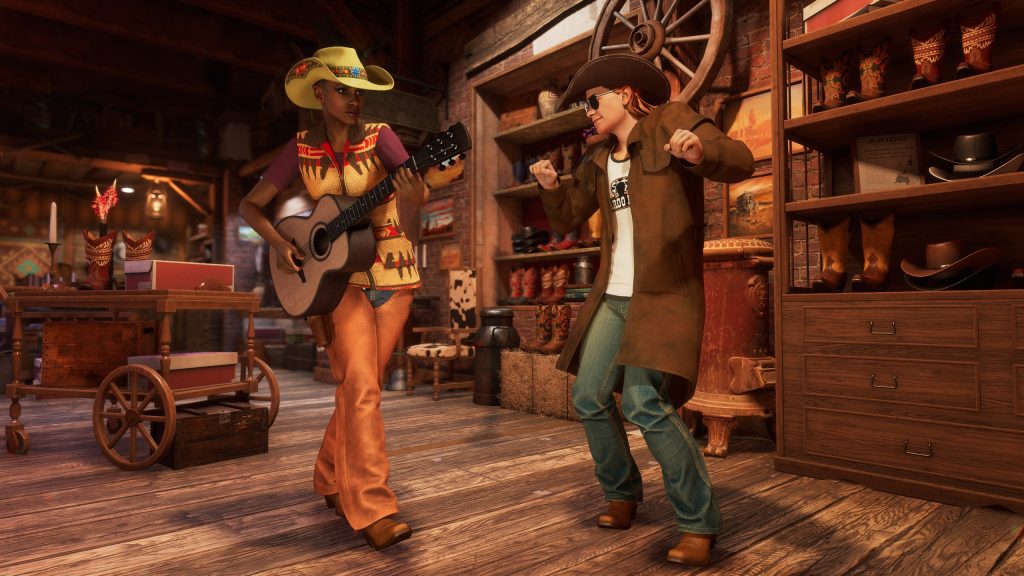 The hands-off preview for Saints Row was quite meaty in terms of content, but the game promises to have even more in store. And while we have yet to actually get our hands on it yet, what we’ve seen from this preview has increased our excitement for this game.

Again, the new Saints Row is a departure in terms of tone and other aspects compared to previous series games. But even with this new brand of wacky, the reboot is a game that holds a lot of promise.