These Filipino baby names are getting out of hand 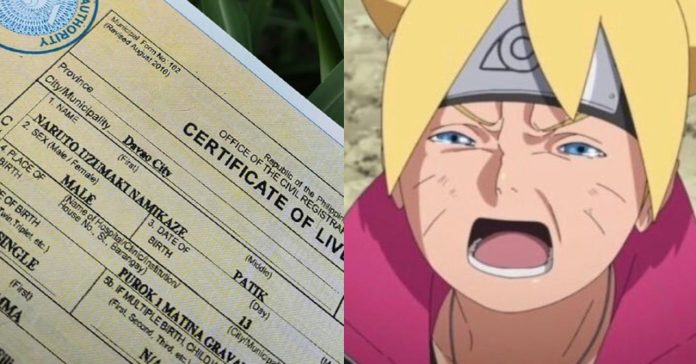 We’ve all seen our fair share of unusual names, mostly courtesy of the world’s more prominent people. From Nicolas Cage naming his son Kal-El to Elon Musk bestowing his kid with a name that elicits college algebra PTSD, the days of plain ol’ “Bob”, “James”, and “John”, might be coming to a close.

The names did not end in Konoha, though. A slew of very pop culture-referenced names have been popping up on Facebook–some of which bring us into MOBA territory.

Now, while they may not be 100% authentic and purely done for laughs, one couldn’t help but wonder how these children would react to their names once they come of age.

Well, we could ask Naruto’s Davao native, would-be arch nemesis when he grows up. We’ll also ask if he likes to spin-to-win.

On the other hand, we have a kid who’ll never be bothered by the cold–but won’t likely be referencing anything from Disney anytime soon.

This could all be a clever ruse, but I, for one, hope it’s all legitimate. Such a name would build character (as most of us from the 90s know), would definitely be a nice way to start a conversation.

- Advertisement -
Previous articleVoltes V: Legacy will reportedly have 80 episodes and will not premiere this year
Next articleSony announces its new PlayStation Plus games lineup