One of the best gaming laptops, made even better. 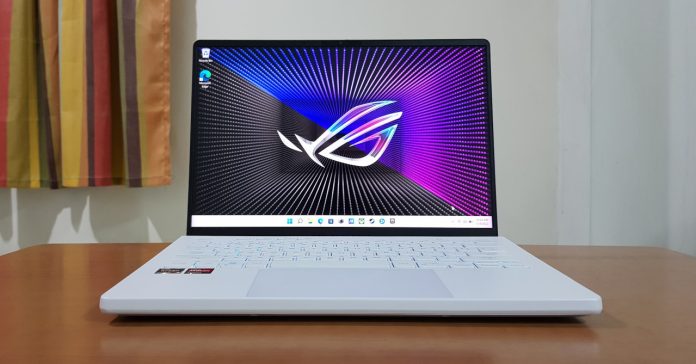 When it was first launched back in 2020, the ROG Zephyrus G14 quickly became one of hte most praised gaming laptops, and now we got our hands on the 2022 model.

In case you are unfamiliar with this laptop, the Zephyrus G14 G402 is ASUS ROG’s landmark gaming notebook. Not only does it have a distinct design with its AniMe Matrid LED cover which can display custom animations, it is also one of the few gaming laptops which you can bring with you everywhere you go thanks to its small frame, all without sacrificing performance. 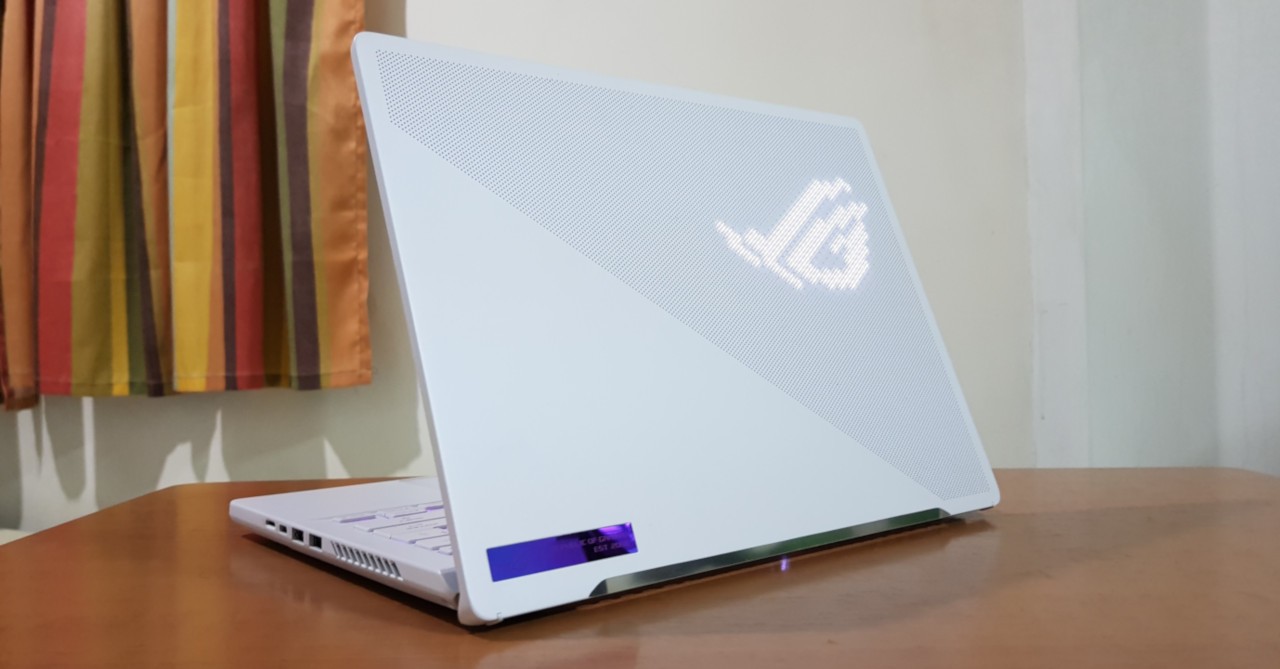 Recently, we got our hands on the ROG Zephyrus G14 2022 model, and our first impressions of it were definitely positive. After all, the refreshed model retains the best features of the previous G14, but it comes with a more powerful Ryzen 6000 series mobile processor. Curiously, it also has an AMD Radeon RX6800S GPU instead of an RTX 3060 which was used in the 2021 model.

So, is the 2022 refresh of the Zephyrus G14 still one of the premier gaming laptops that you can get? Here’s our review. 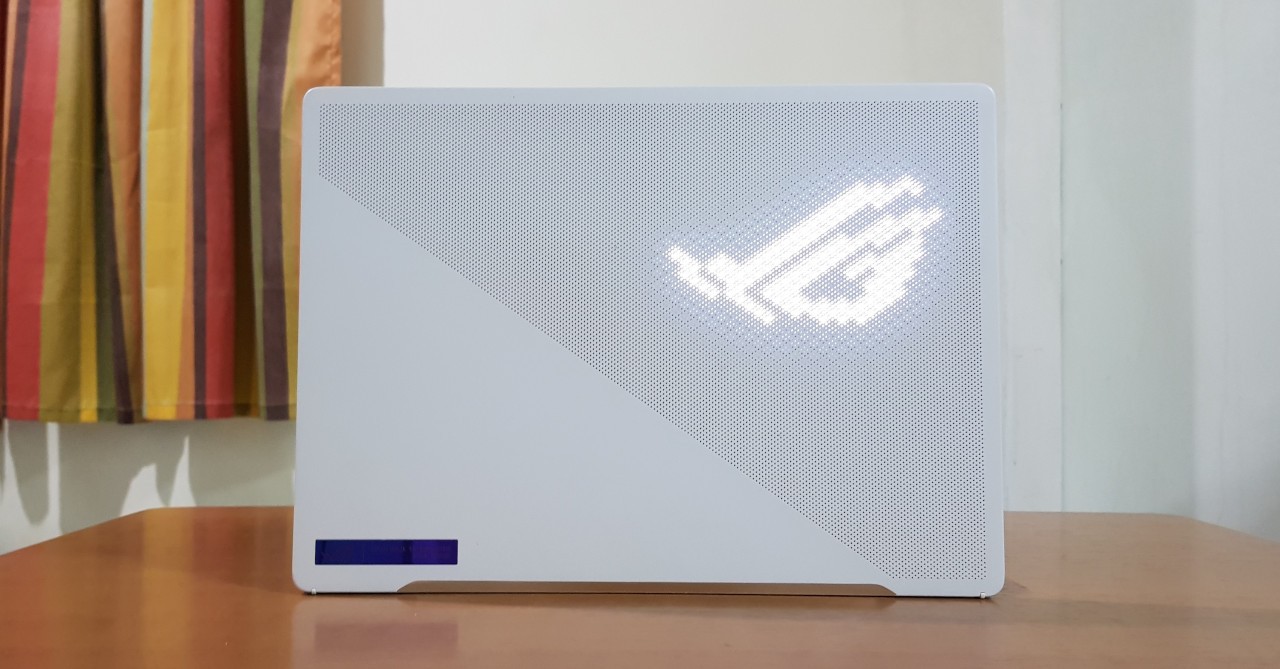 For starters, let’s take a look at the laptop’s design. The G14 shares a mostly similar look to the first G14, with the AniMe Matrix occupying about half of the cover, and with the small Republic of Gamers rectangular badge on the bottom left.

But what’s different is the AniMe Matrix itself. This 2022 model comes with an improved LED matrix which features more LEDs. This means more detailed logos or animations can be displayed on it. 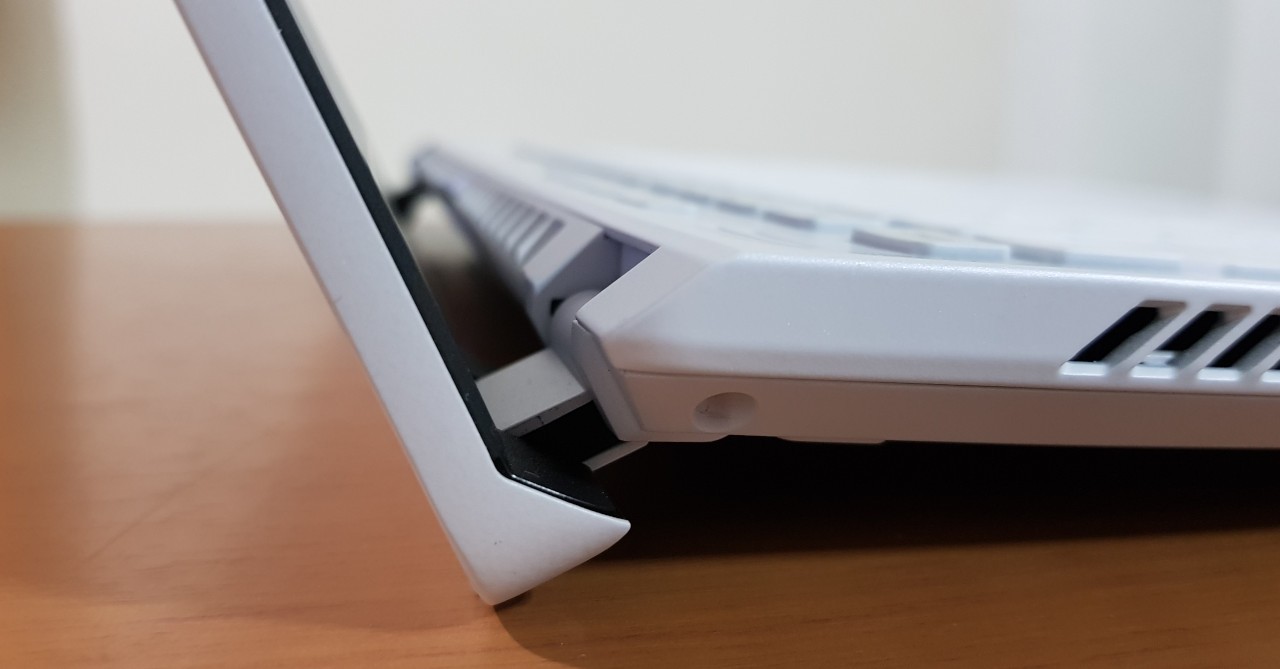 The 2022 G14 also retains the lifting hinge mechanism from the previous models. This is important as not only does it raise the keyboard for a more comfortable typing experience, it also helps improve airflow. And does the laptop need that airflow (though more on that in the gaming test). 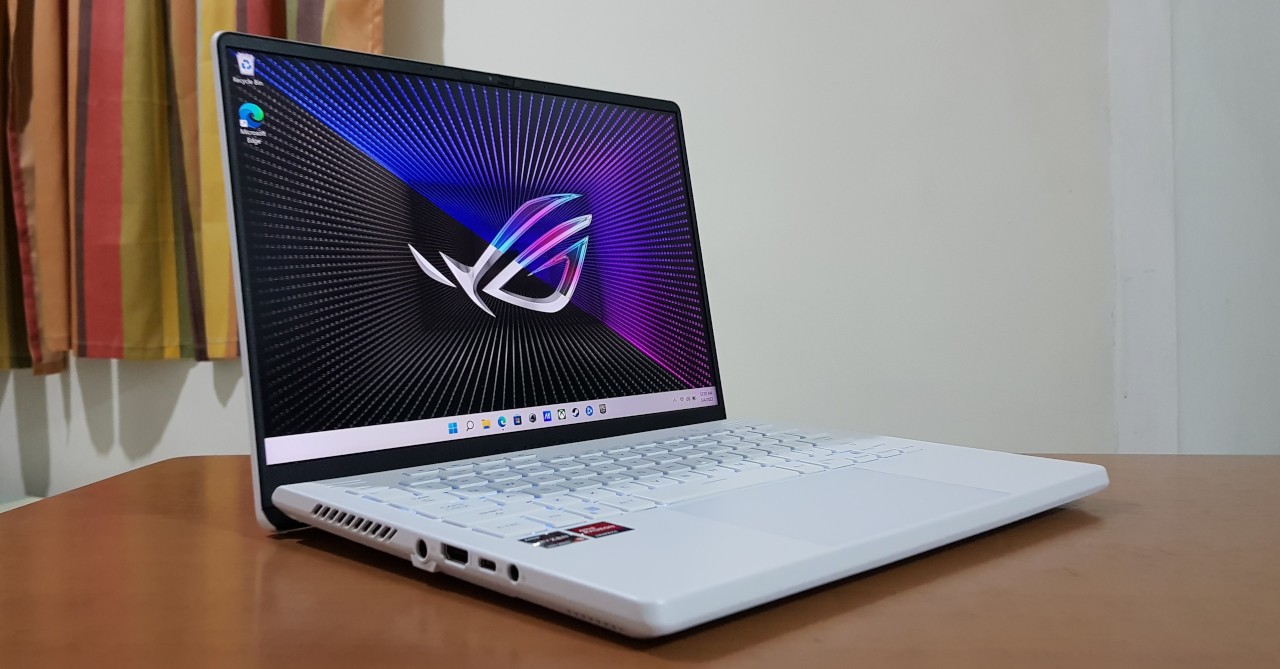 On the inside, the G14 2022 also has an updated look for its white colorway when compared to the previous models. In the 2020 and 2021 models, the G14 sported a gunmetal color on the main body and on the keyboard. But with this year’s model, ROG made the laptop’s body all-white, with only the monitor bezels being in black.

For us, we like this look a lot more as it makes the laptop look cleaner and more eye-catching. And while the white color seems to be a dirt/stain magnet, we found that it was easy to wipe off any dirt on the laptop (unless you spill something on it of course).

These ports should be enough for most users, and the inclusion of two Type-C ports is a nice touch. Though it would’ve been better if the laptop had another Type-A port, or at the very least one of its USB Type-A ports should’ve been put on the left side. This is for when you want to connect a USB gaming mouse as it may not be ideal to have the port sticking out on the right side if you’re right-handed. 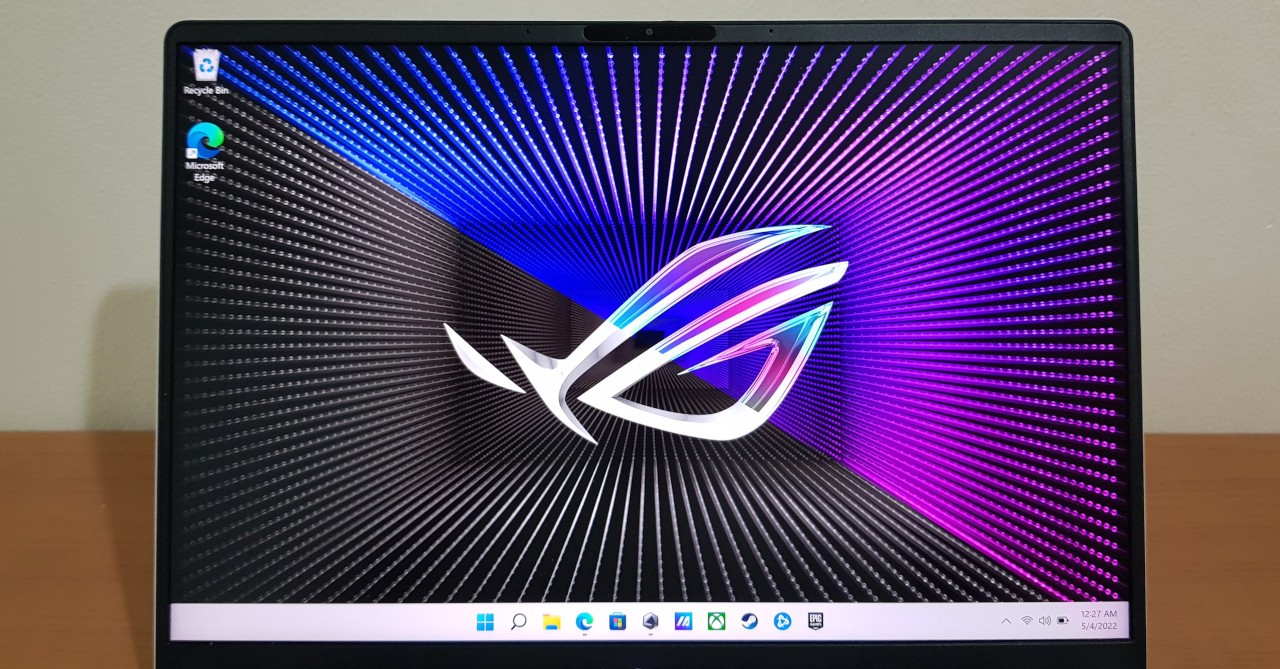 For its display, ASUS ROG updated the G14’s display to a 16:10 QHD+ (2560 x 1600) display with a 120Hz refresh rate and Adaptive Sync. With this change, the G14 is made even better for productivity as the extra vertical space makes multitasking and working on office apps better. But what about for binge-watching? 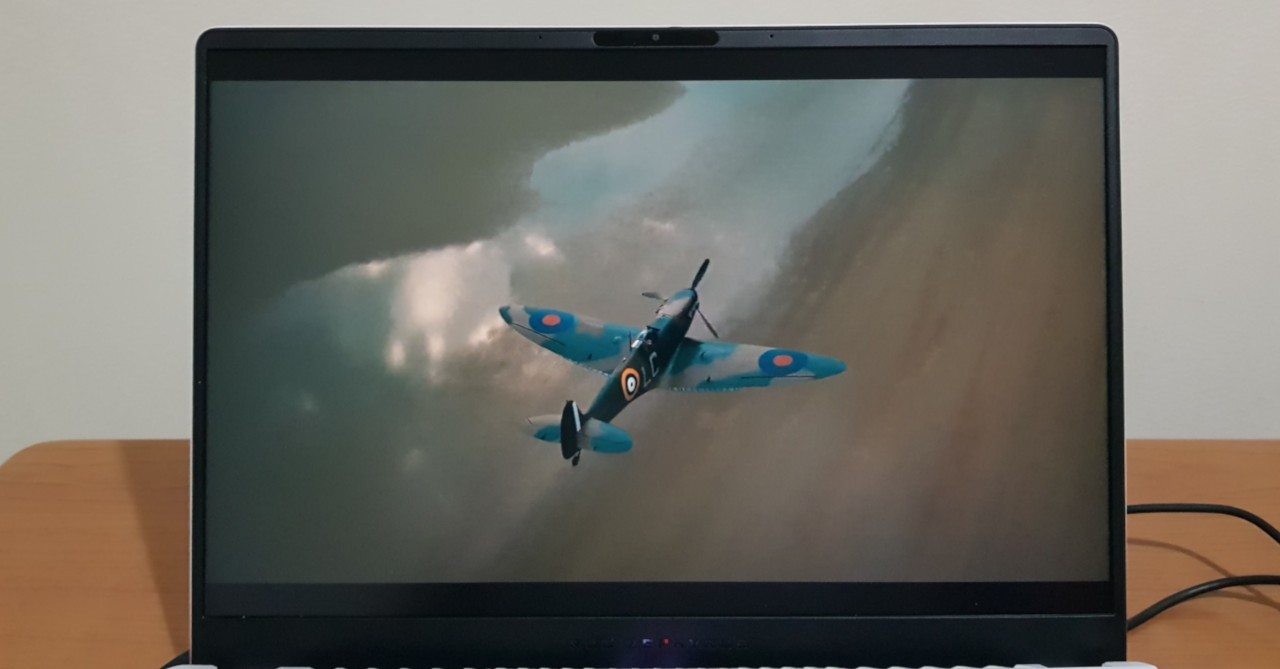 Well, the additional vertical space means you’ll get bigger black bars when watching widescreen content; you’ll even get black bars when watching 16:9 content. But I didn’t really find it distracting as, even if it’s not an OLED screen, the blacks are deep enough to note become distracting. Plus, the display itself has good color output and a good level of brightness, so you won’t be disappointed if you like binge-watching on your phone. 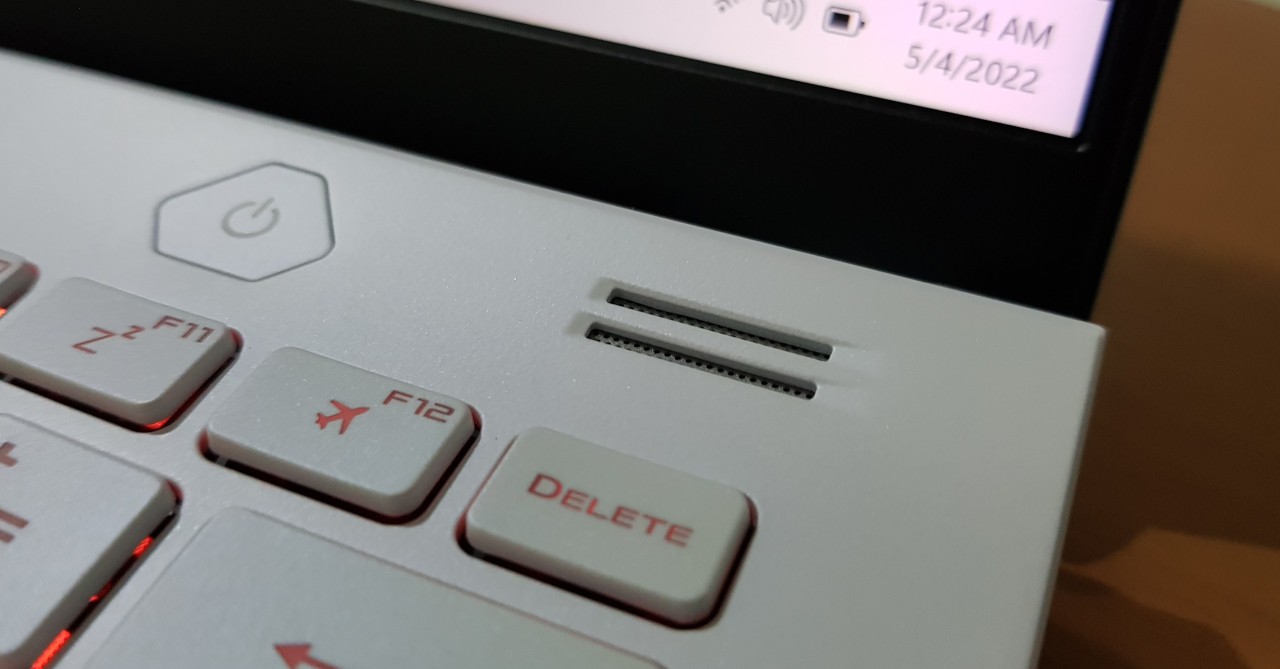 For its speakers, the Zephyrus G14 2022 comes with stereo onboard speakers. When listening to music or watching short videos, the laptop’s speakers are pretty good. But when gaming or when watching longer movies/shows, external speakers or headphones are still recommended for a better experience. 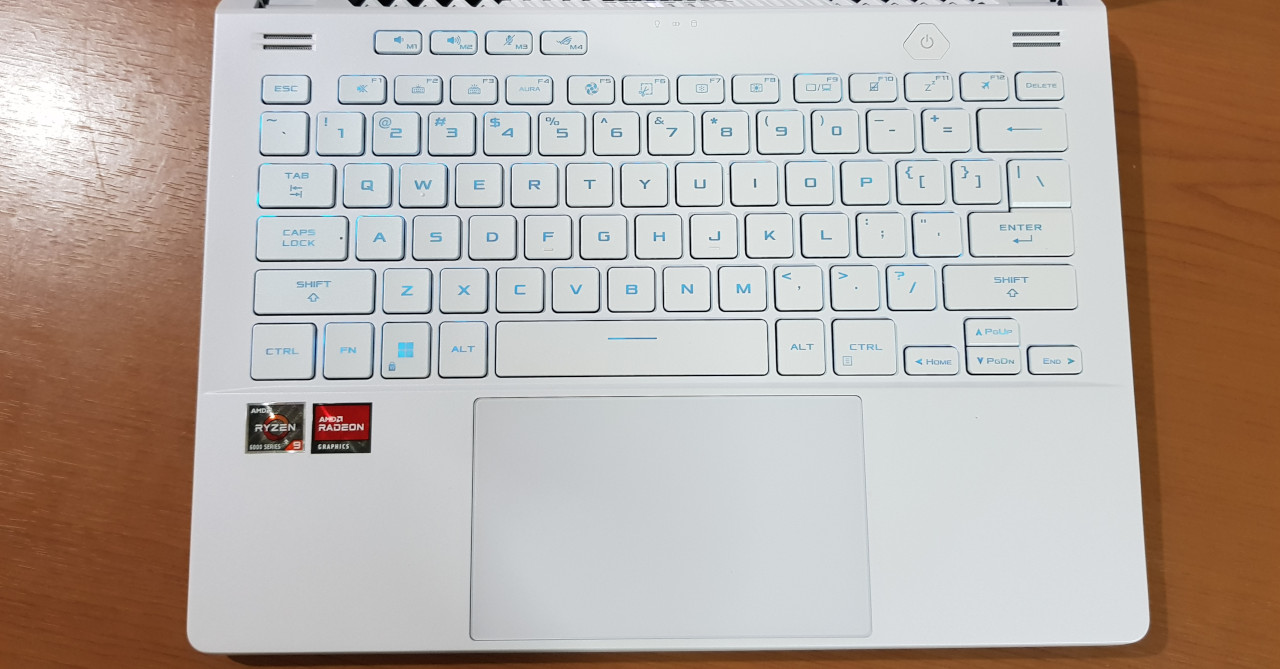 As a 14-inch laptop, the G14 does not have a dedicated number pad on its keyboard. Aside from this though, the laptop’s keyboard is fully featured and is comfortable to type on, as well as to game on. I had no issues with the keyboard during my time with it when it comes to gaming and typing. Though do take note that the WASD keys do feel slightly warm when under heavy gaming load; granted I did test this in a room without AC in tropical weather. 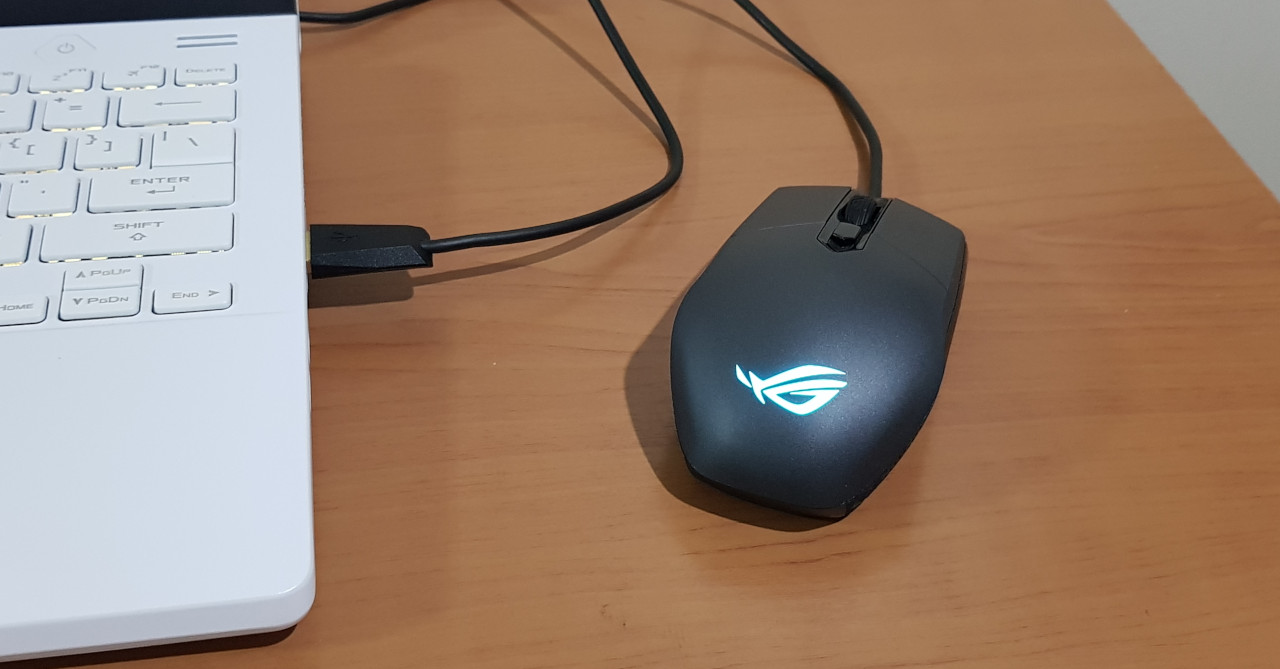 The laptop’s trackpad is also pretty good, but for gaming, there is an included ROG gaming mouse with every purchase. The included mouse is a bit on the small side, but as someone who uses a fingertip grip and prefers small gaming mice, this felt great to game on. 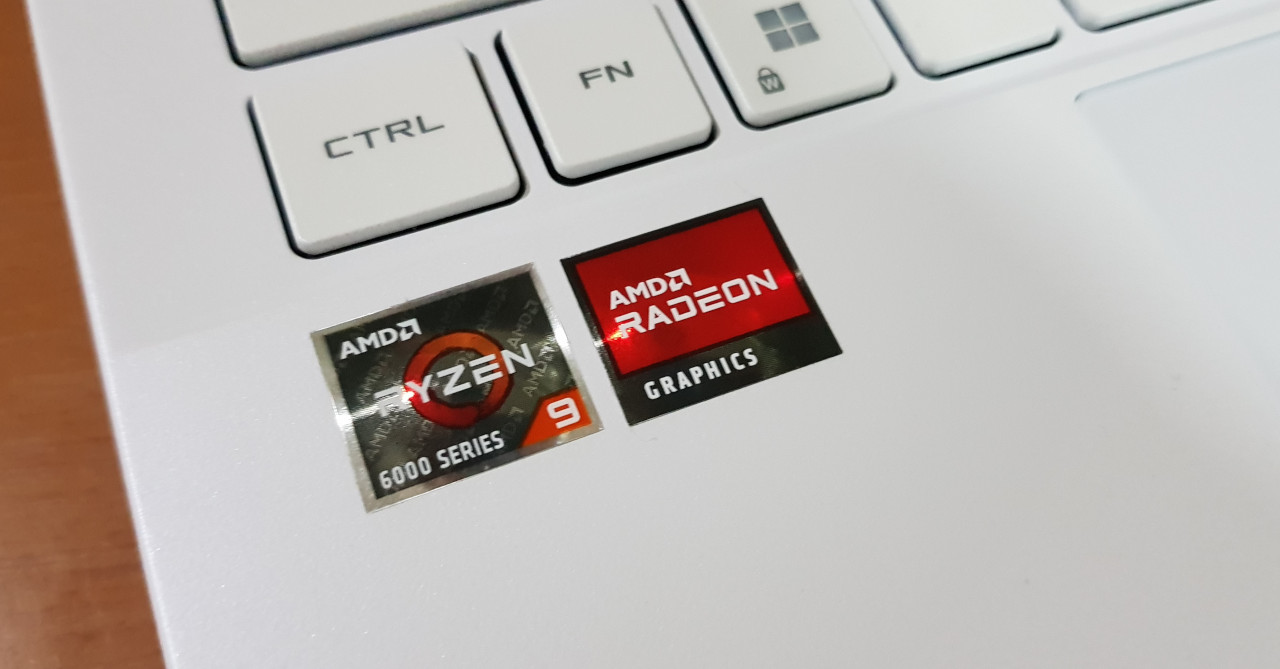 Powering the Zephyrus G14 G402 is and AMD Ryzen 9 6900HS paired with a Radeon RX 6800S. The laptop also has 32GB of RAM. With these, the G14 promises to have more than enough power for popular esports and triple A titles. 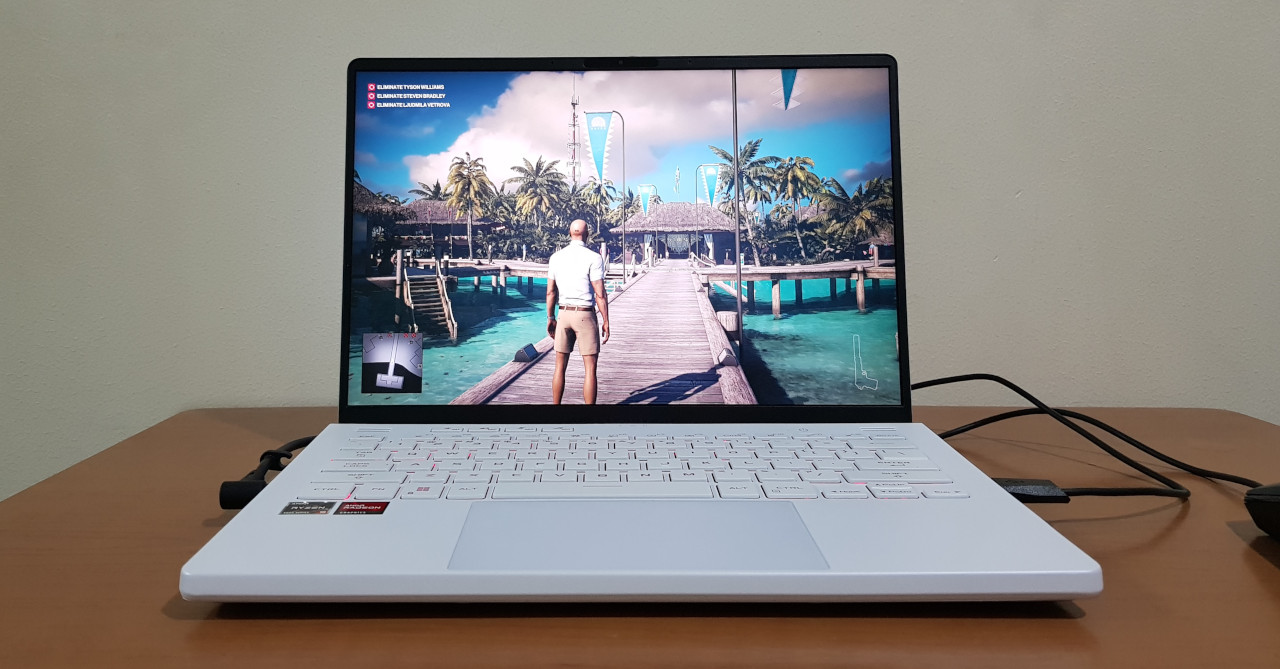 The Zephyrus G14 did not disappoint when we tested it for gaming. Esports titles ran without any issues on the laptop, and triple A games ran quite smoothly.

Here’s a breakdown of the average framerate on five games we tested, all of which were played at the laptop’s native resolution.

As you can see, esports titles such as Dota 2 and Overwatch ran at well above 100 FPS on average. For more demanding triple A games such as Control and Shadow of the Tomb Raider, the laptop did run them below 60 FPS. Though do take note that these games were tested on the native resolution, so you can get well above 60 FPS on average at max settings if you play at 1080p.

If you do opt to play at the native resolution, even 50 FPS will feel smooth thanks to the Adaptive Sync display. Though the Radeon graphics card does mean you won’t be able to get the best performance on some games with ray tracing.

Meanwhile, here’s a look at the benchmark scores: 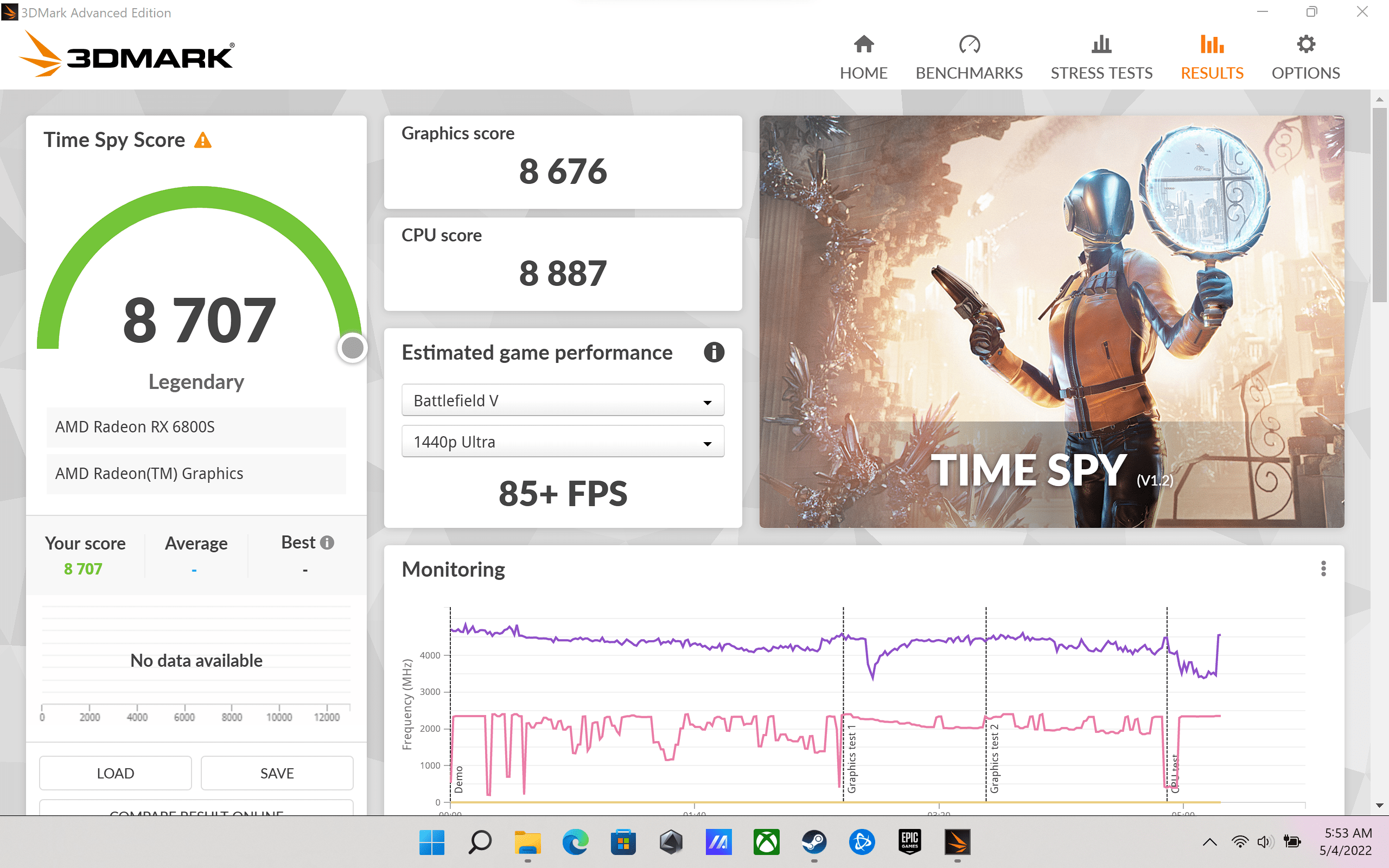 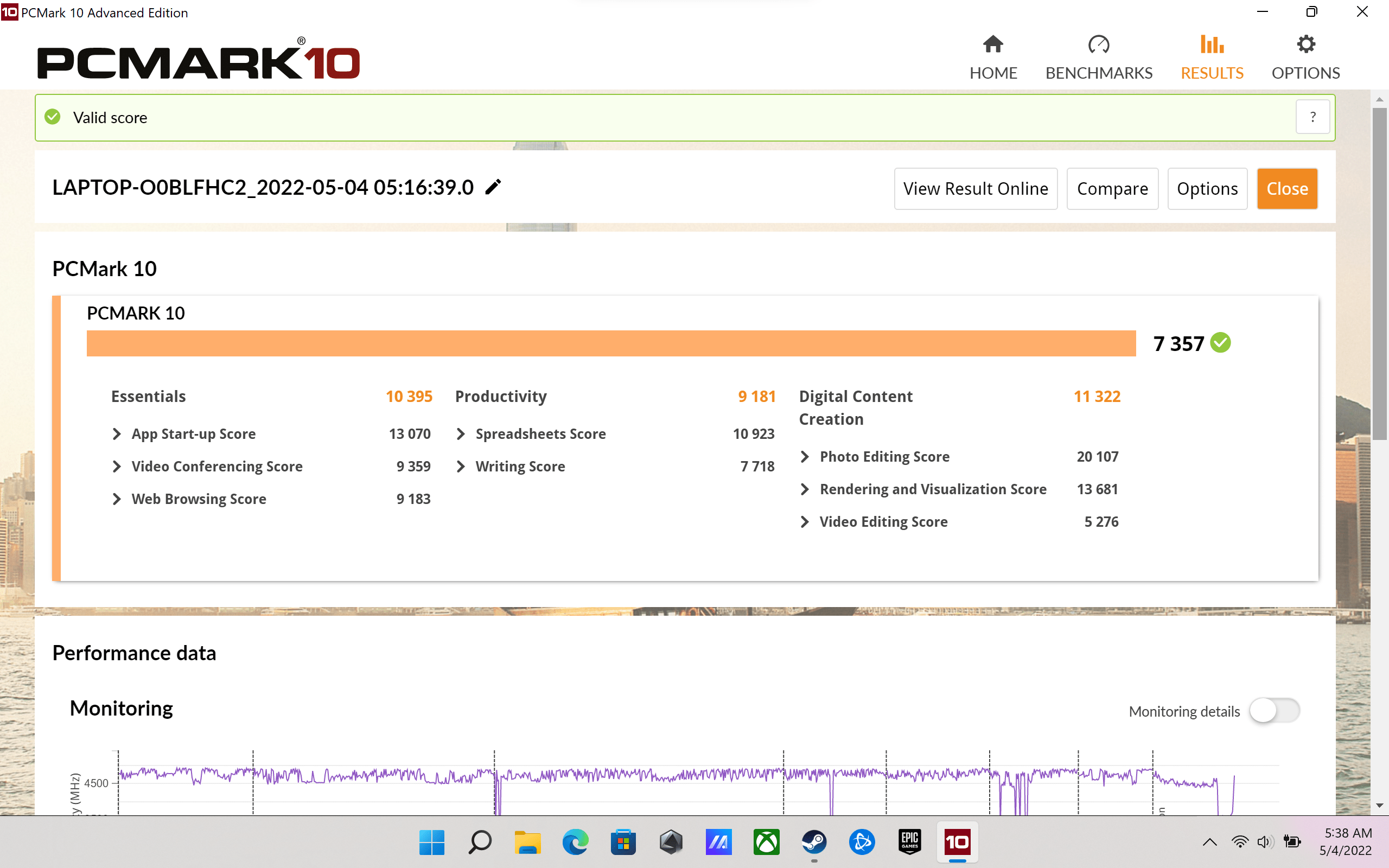 There is one thing that we noticed with the G14 — it gets noticeably warm when gaming. Specifically, the top part of the body gets hot to the touch, so you might want to keep your hands off of it when playing games.

While this may seem concerning, the laptop didn’t run into overheating issues in our tests, and it seemed that the performance didn’t suffer when under high load. 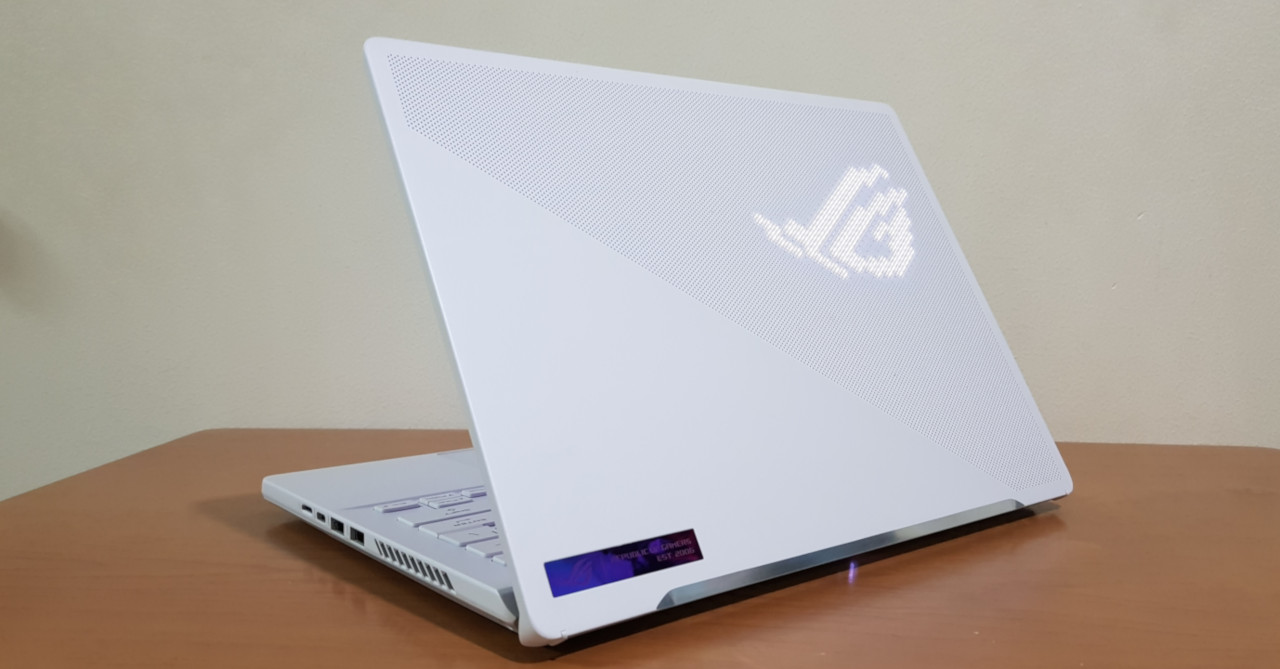 Given its great gaming performance, the G14 2022 model did not disappoint for everyday use. Whether for general school/office work or for more creative applications such as photo/video editing, the Zephyrus G14 ran well. So, for content creators, this laptop won’t disappoint.

As for battery life, the G14 is impressive for lighter workloads as its battery life is comparable to even some ultrabooks. For instance, after running a 2 and 1/2 hour movie at 50% brightness and settings, the laptop still had 75% remaining. Also, for browsing and doing some light office work, the laptop only drained by around 10% an hour. Of course, if you play games or edit videos on it, the battery will drain much faster. 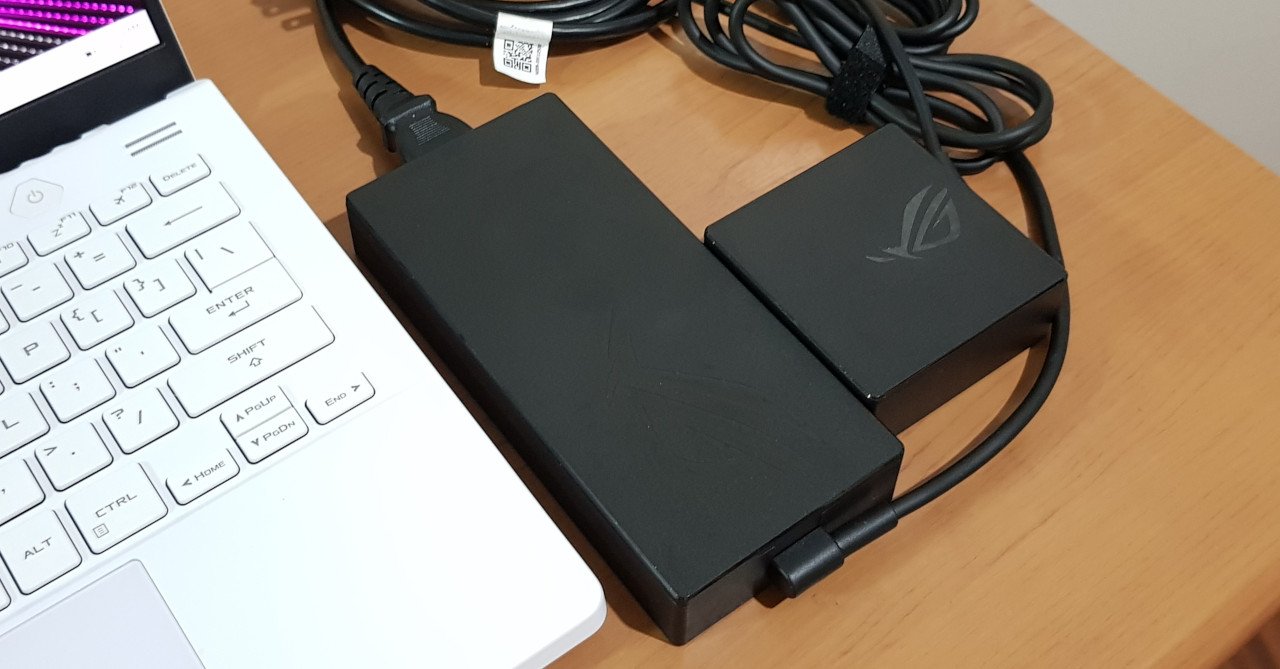 If you do need to charge, the laptop comes with two chargers inside the box. One is bigger and is made for gaming and heavier workloads. Meanwhile, the smaller charger is useful if you want to bring something lighter and aren’t expecting to game much. 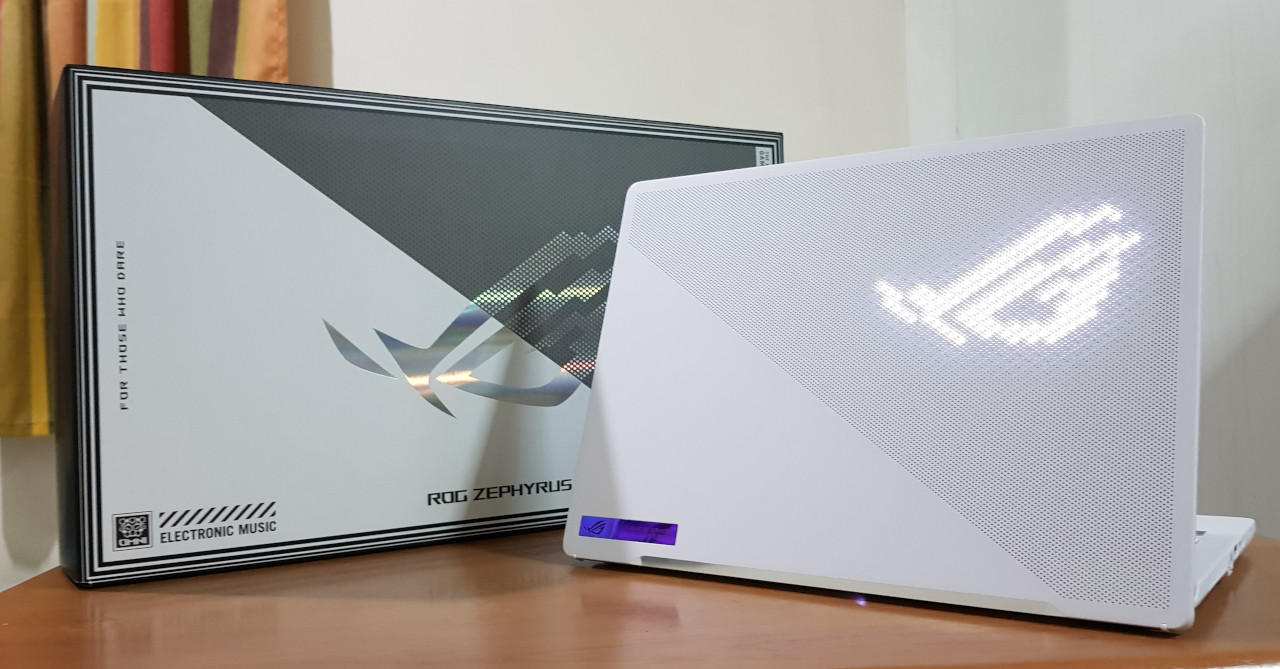 The latest Zephyrus G14 does not disappoint as it once again has impressive gaming performance, all without sacrificing battery life and portability. While it does get noticeably hot under load, the G14’s performance did not suffer in our time with it, making it a powerful gaming partner.

Now, for its price, this top-of-the-line G14 has an SRP of PHP 134,995. This is a pretty steep price for a gaming laptop. But if you have the cash to spare and want a truly portable gaming laptop, the Zephyrus G14 G402 (2022) is well worth considering.

For more info on the Zephryus G14, visit the official product page.