Diablo Immortal holds a lot of promise, at least in its opening hours. 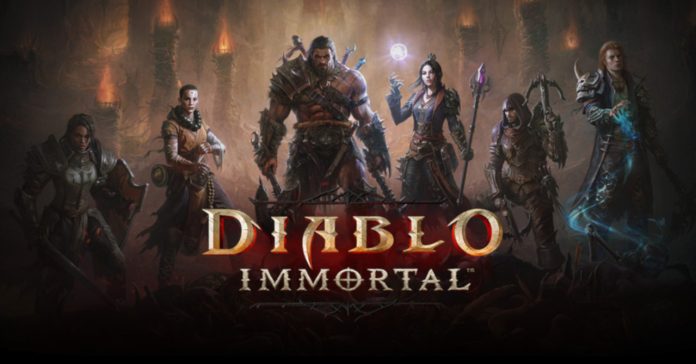 Diablo Immortal is finally upon us – if you’re living in the West or in certain parts of Asia that is. This is because the game will launch on mobile and PC on June 2 in most of the world, but in some Asia Pacific regions (including the Philippines), Diablo Immortal won’t be available until June 23.

While players in our region may have to wait a bit longer to play this new Diablo game, Blizzard recently gave members of the Asian press access to an early build of Diablo Immortal. There, we were able to play through the opening hours of the game and see if it does deliver its promise of bringing players a true Diablo experience that can be played on the go.

So, did Blizzard and NetEase Games succeed? Or did Immortal just turn out to be a watered-down version of Diablo? Well, based on our initial time with the game, Immortal is not just “Diablo Lite” as it does offer the same thrills as the full Diablo games, but it does come with your typical mobile game elements that not everyone may be a fan of.

[NOTE: This hands-on was played on and Android versions of Immortal and on the US server. This means connection/multiplayer won’t be delved into much.]

As Diablo is played from an isometric perspective with combat consisting primarily of click the left mouse button to move an attack. Given this, the fairly simple base gameplay is a great fit for a mobile game in theory. In practice, this holds true, but with some changes made to necessitate the lack of extra buttons on a phone.

How gameplay works in Immortal on mobile is that players move with a virtual left thumbstick, and they can attack by pressing the big attack on-screen button. Beside the attack button are four buttons for skills, along with a health potion option to heal. There’s no mana potion as Immortal does not have a mana system. Instead, all skills have a cooldown which players need to manage instead of having a mana bar that needs refilling. At each time, players can equip four skills, and these can be changed in the menu as each class can unlock a range of skills as they level up. Players also have a powerful ultimate ability that is charged with attacks.

In many ways, Diablo Immortal plays like a mobile MOBA (like Wild Rift or Mobile Legends); the control layout is even the same. But the lack of a mana system makes a big difference as you can just unleash all your skills when they’re off cooldown. At first, this might seem to make combat feel mindless as you can just keep attacking, but the skills do have an element of skill involved as, while they auto-aim to enemies, you can aim them manually for better results.

Similar to mainline entries in the series, Diablo Immortal throws lots of enemies at you, even in the opening levels. Because of this, I came to appreciate the lack of mana as I could focus on managing cooldowns (i.e., when to use my crowd control skills) and positioning instead of having to worry about running out of a resource. This helped me “get in the zone” so to speak when playing. In fact, in spite of the changes to accommodate the mobile platform, playing through Immortal’s opening levels evoked a similar feeling to playing the full titles.

While I can’t claim that the full Diablo Immortal story will continue like this, I was rather impressed with how well the game managed to feel like a true Diablo title. Mowing down mobs and collecting gold/loot along the way was just as satisfying here as in games like Diablo 3. The opening levels also flowed quite well in my opinion.

Given that my time with the hands-on preview was limited, coupled with the fact that I often had issues connecting to the servers (either because it’s in the US or an ISP issue on my end), I was only able to play through the game solo. Not to mention that I wasn’t able to get too far into it. But as someone who actually likes the solo Diablo experience, I had a good time with Immortal in my time with it. Though of course, I can imagine that dungeons would feel much better to play in multiplayer as they seem designed to be completed by more than just a single player. Plus, my progress in the game isn’t enough to claim that the game’s main story is fun to complete solo.

If playing solo doesn’t appeal to you, Immortal does have lots of things to do with other players. In the game, you can delve through dungeons with a group of other players; you can even encounter them while exploring the game’s world similar to an MMO. On top of these, Immortal has 8-player Heliquary Raids, as well as PvP content, including the endgame Cycle of Strife system. Again, given the limited time and the server, I wasn’t able to test out these multiplayer components, but they do seem promising.

Monetization is a touch topic for the Diablo series (remember the Auction House fiasco?), much more so for Immortal as it is a free-to-play game designed for mobile. In the early-mid game though (which is the part of the game I tested), purchases are not required at all to progress. Unless you really want certain cosmetic items, you can play through the game without the need to buy anything.

Of course, that’s not taking into account the endgame content. With Immortal, you probably have to spend real-world money on the game if you want to reach the top of the leaderboards, or if you want to participate in Cycle of Strife. It’s to early to say if Immortal is pay-to-win when it comes to a certain point, but it’s something we’re keen on finding out when the game fully launches.

One thing I can say is that Immortal has your typical free-to-play mobile game elements, including the multiple in-game currencies, daily rewards, battle pass, and more. Personally, I’m not a fan of these elements as I find them distracting. Though in my hands-on, they did not detract enough from the experience of playing through the story.

As mentioned in the intro, I played this game on an Android phone. Specifically, I used a Galaxy A71 from 2020 which is powered by a Snapdragon 730G processor. I expected to run the game without many issues given that the system requirements call for a Snapdragon 660 at the minimum. Once I played the game, it indeed ran decently well, though I had to put the graphics to low and FPS at 30, and even then, there were some stutters. Still, the game was plenty playable on my now aging smartphone.

Given this, you may need to have a fairly new mid-ranger, or at least a previous flagship for a smoother experience. Of course, for the best experience, you’ll want to game on a new flagship. In my test of the game running on a Snapdragon 8 Gen 1-powered phone, Immortal ran at a smooth 60 FPS.

Take note, this is based on the preview build of the game. This means performance for lower-end Android devices may improve in the final version.

Based on my initial hands-on with the game, Diablo Immortal has a lot of promise as playing it does feel like playing a mainline Diablo game. The core gameplay loop of mowing down demonic mobs and collecting loot is still just as addictive here, and the changes made to accommodate the mobile platform isn’t enough to make it feel like just “Diablo Lite.”

Though this is just based on a small part of the game, and it remains to be seen if the rest of Immortal will be good. After all, endgame content being pay-to-win is a concern. Plus, the mobile game elements may not be for everyone. We’ll have to wait for the official launch before we can give our verdict, especially regarding these possible issues.

- Advertisement -
Previous articleMagic: The Gathering teams up with Dungeons & Dragons for second installment of Commander Legends
Next articleNi no Kuni: Cross Worlds is out now on mobile