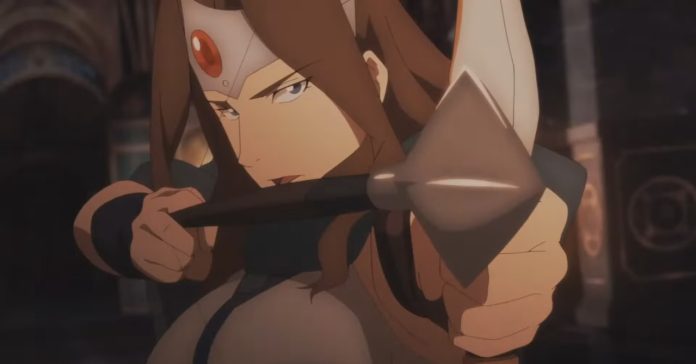 At Netflix’s Geeked Week, it was revealed that DOTA: Dragon’s Blood Book 3 (aka Season 3) will release on August 11, 2022. This follows the release of Book 2 earlier this year in January.

To go along with the release date announcement, Netflix and Studio Mir showed us a teaser for the series featuring Invoker.

While the release date is confirmed, there’s currently no official trailer yet for season 3 of DOTA: Dragon’s Blood. Currently, there’s also no word yet on how many episodes the season will have, but we expect the show to have another eight episodes given the previous seasons also had eight episodes each.

The Eye opens… and the Beginning of the End is here.#DOTA DragonsBlood Season 3 is coming! #DOTADragonsBlood pic.twitter.com/NhNrHc2Nyi

In case you’re unfamiliar, DOTA: Dragon’s Blood is an animated series by Studio Mir based on Valve’s Dota 2. The series follows the story of Davion, the Dragon Knight, along with several other Dota 2 heroes, including Mirana, Invoker, Terrorblade, and more.

“The sweeping fantasy series tells the story of Davion, a renowned Dragon Knight devoted to wiping the scourge from the face of the world. Following encounters with a powerful, ancient eldwurm as well as the noble Princess Mirana on a secret mission of her own, Davion becomes embroiled in events much larger than he could have ever imagined.”

DOTA: Dragon’s Blood Book 1 and 2 are available to watch now on Netflix.