First look at ‘Horizon Call of the Mountain’ for PS VR2

We finally have our first look at the Horizon VR game. 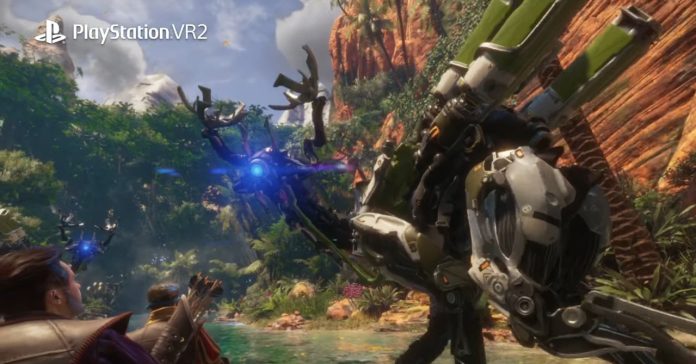 At the recent State of Play stream, PlayStation and Guerilla Games gave us our first look at Horizon Call of the Mountain for PS VR2 which was originally announced back in January.

Following the new trailer for Call of the Mountain, a big update for Horizon Forbidden West was also announced, featuring additions such as New Game+, an Ultra Hard difficulty, and more.

Check out the trailer for the Horizon VR game along with the upcoming Forbidden West update here:

The official Call of the Mountain trailer finally gave us a glimpse at what to expect in the upcoming VR title. Based on what we’ve seen, Horizon fans will be in for a treat as they will be able to better see just how big the machines are thanks to VR. Plus, the gameplay looks interesting as well, so it likely won’t just be a visual showcase.

Call of the Mountain is described as:

“A brand-new Horizon adventure currently in development at Guerrilla and Firesprite for PlayStation VR2, this unique experience has been designed to push hardware technology, innovation and gameplay. The stunning visuals and brand-new PS VR2 Sense controllers give a new meaning to being fully immersed into the world of Horizon.

The story will be told through the eyes of an entirely new character, while you will also meet Aloy, other familiar faces, and new characters along the way.”

Horizon Call of the Mountain will release exclusively on PlayStation VR2.