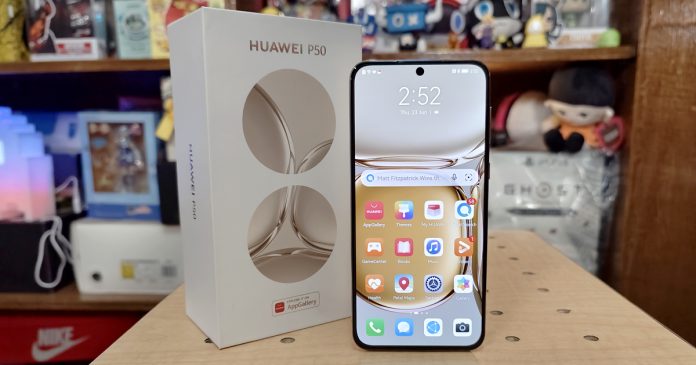 Huawei’s flagship phones, regardless if they’re the P series or Mate series have always been fascinating. In past iterations, the Mate series is where Huawei can showcase the latest flagship chipset/ processor innovation along with all the neat trinkets they can stuff the phone with while the P series perfects the tech innovations showcased with the Mate and harnesses it for Photography and Videography purposes. 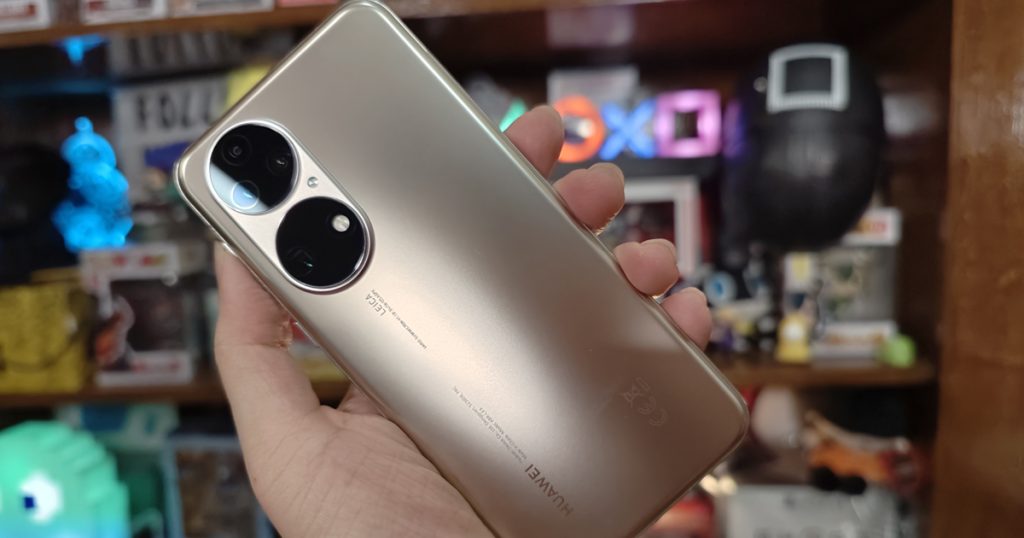 That’s what we’re about to find out.

Let’s breakdown everything you need to know about the Huawei P50. 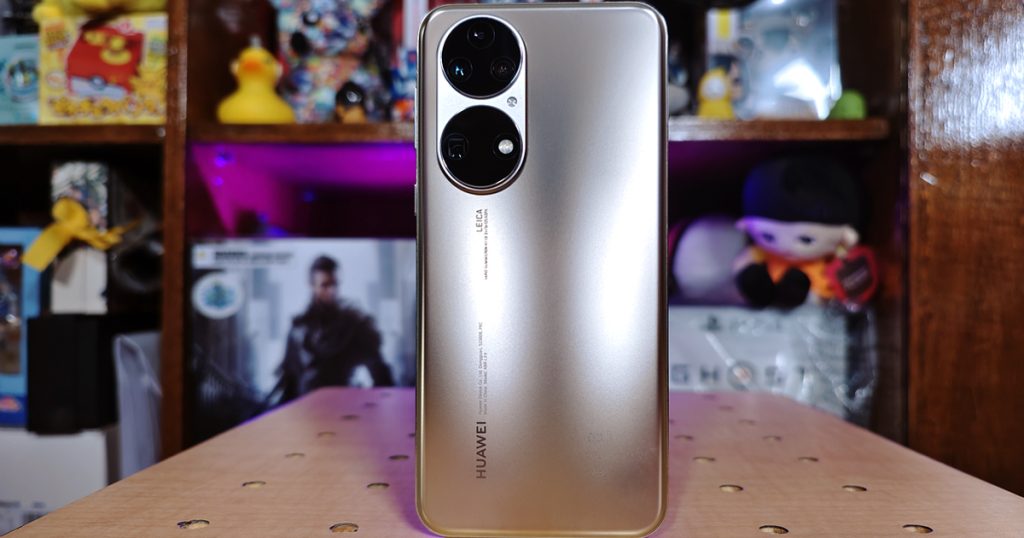 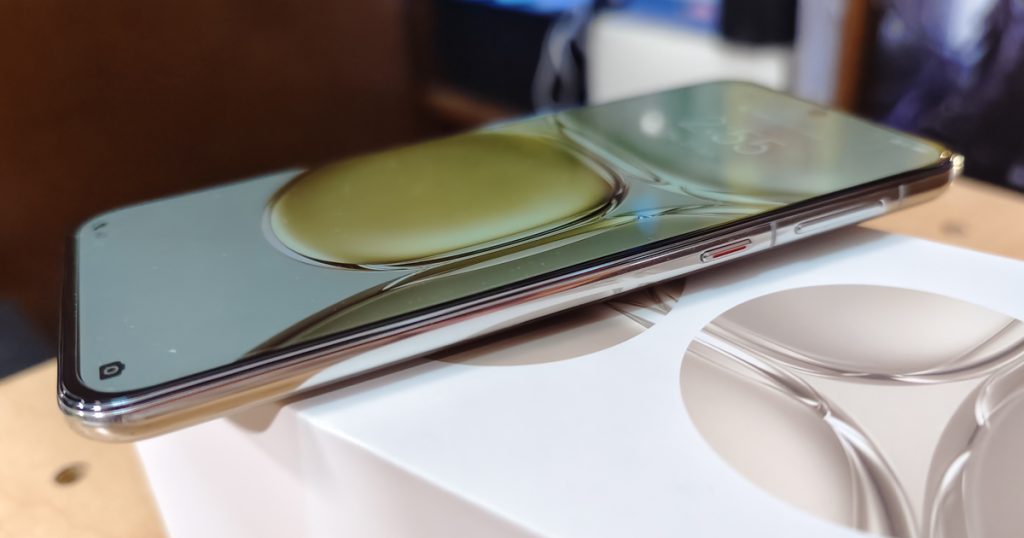 The gold color is more subdued but thanks to the chrome-like size bezels, power buttons and volume rocker, the sharp contrast in texture helps elevate the design further. 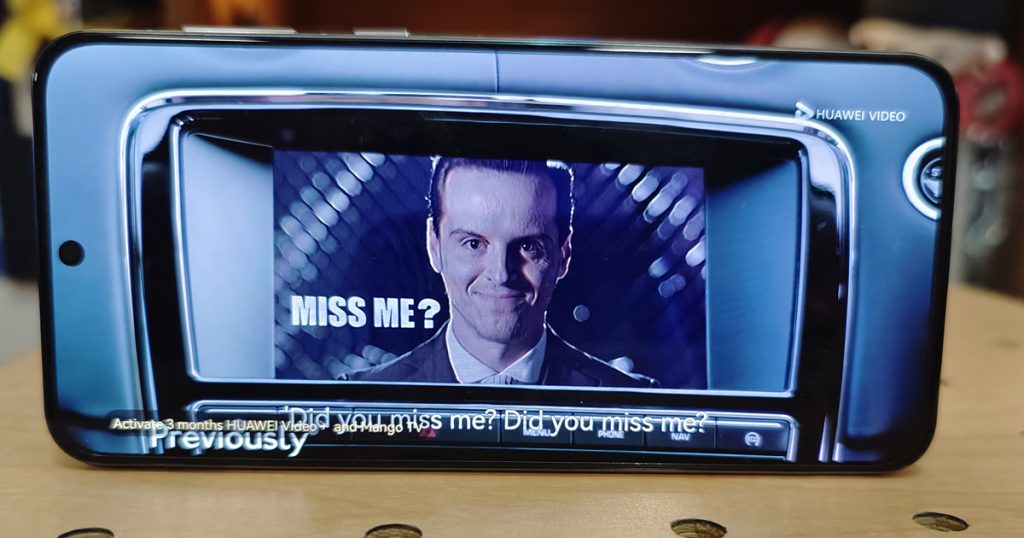 The Huawei P50 has a large-enough 6.5” OLED FHD+ flat screen that supports up to 90Hz refresh rate. It also supports HDR display which should give you better color representation of what you’re watching or viewing on your phone. 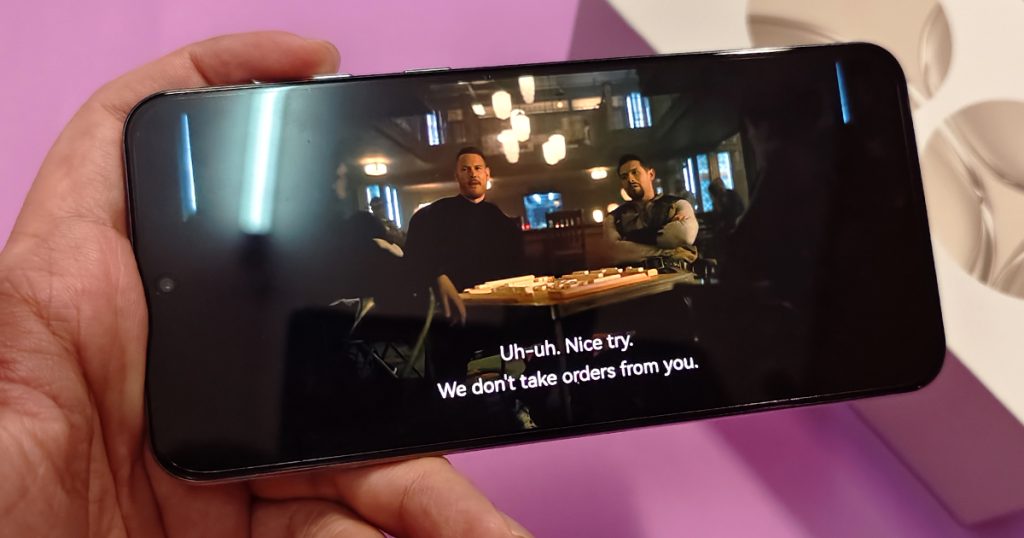 To add to the immersion, the phone has stereo speakers which can get pretty loud if you max the volume out. 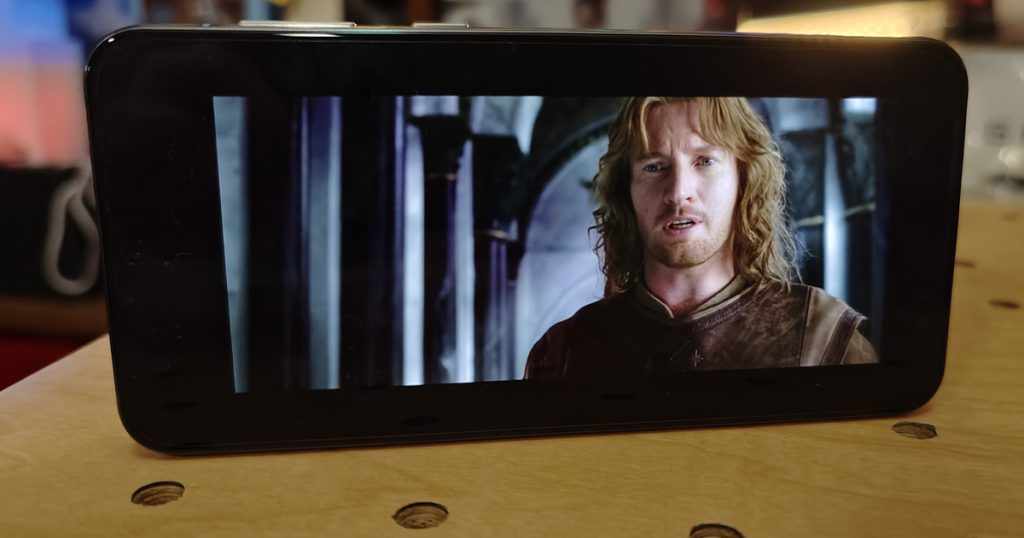 The only qualms we have with the phone is that there are certain apps that do not support full-view mode (i.e. mobile site of YouTube). While other platforms allow you to stretch the film media so that it covers the entire 6.5 OLED screen of the Huawei P50 (i.e Netflix), the mobile site of YouTube will not allow that. Bummer. 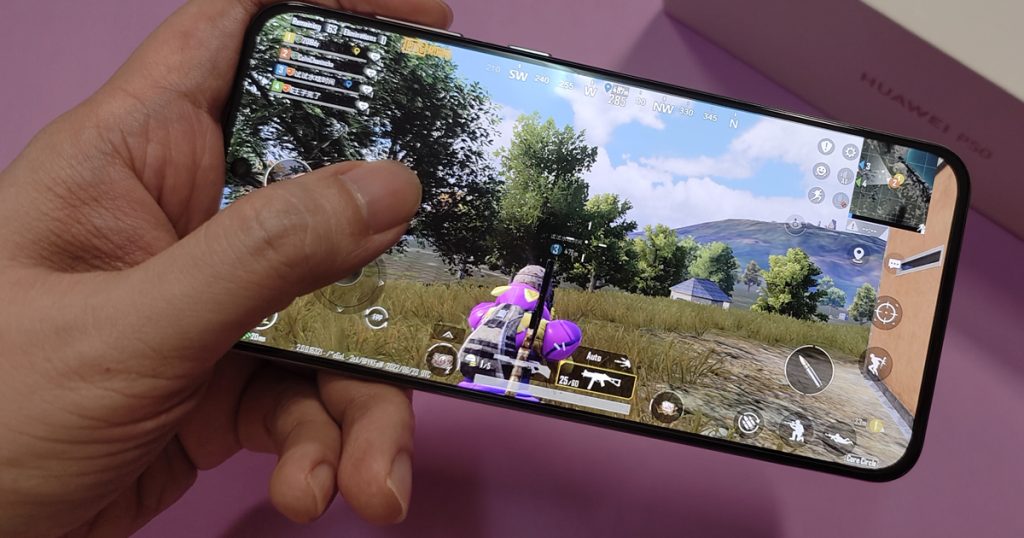 The Huawei P50 is powered by a 5nm Qualcomm Snapdragon 888 4G processor, similar to that of the P50 Pro and P50 Pocket. To complement the chipset, the phone also runs on 8GB of RAM. As a flagship processor from Qualcomm, you can expect smooth gaming experience running almost all games on the App Gallery, Huawei’s own Play Store.

The 90Hz refresh rate also adds to the immersion and the gorgeous OLED screen allows you to enjoy graphics as intended by the developers. 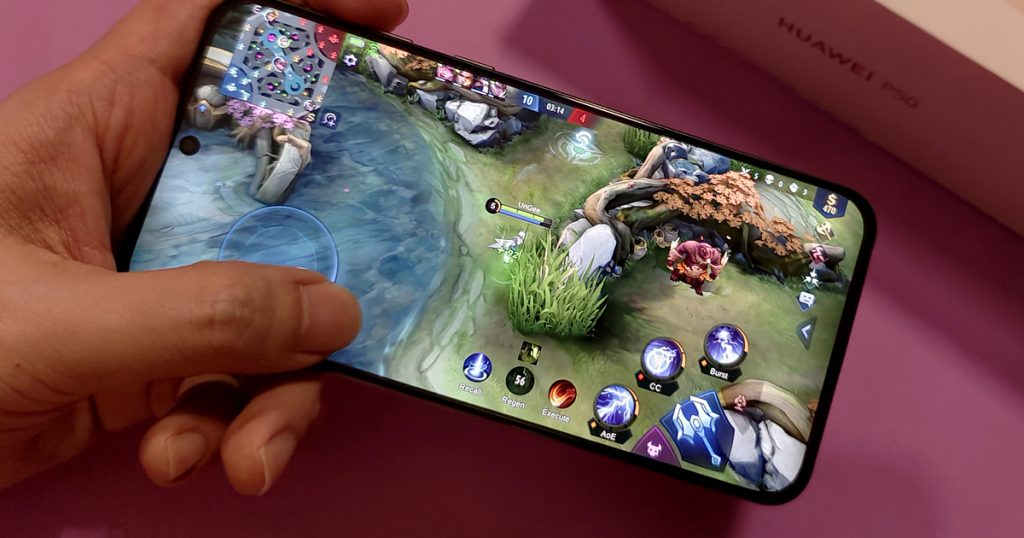 Surprisingly for a phone using a Qualcomm Snadragon 888 4G processor, the phone doesn’t heat up as much as other smartphones with the same chipset. It seems that Huawei was able to calibrate the heat management of the unit. Kudos. In our synthetic benchmark, the phone went up to just 43 degrees Celsius on 3DMark’s Wild Life Extreme Stress Test. The test is known for really taxing the device.

On real world test as well, the phone performed quite similarly as well. The phone is cool to the touch even on long gaming sessions. The only time the phone does manage to become quite hot was during long video and photo usage. 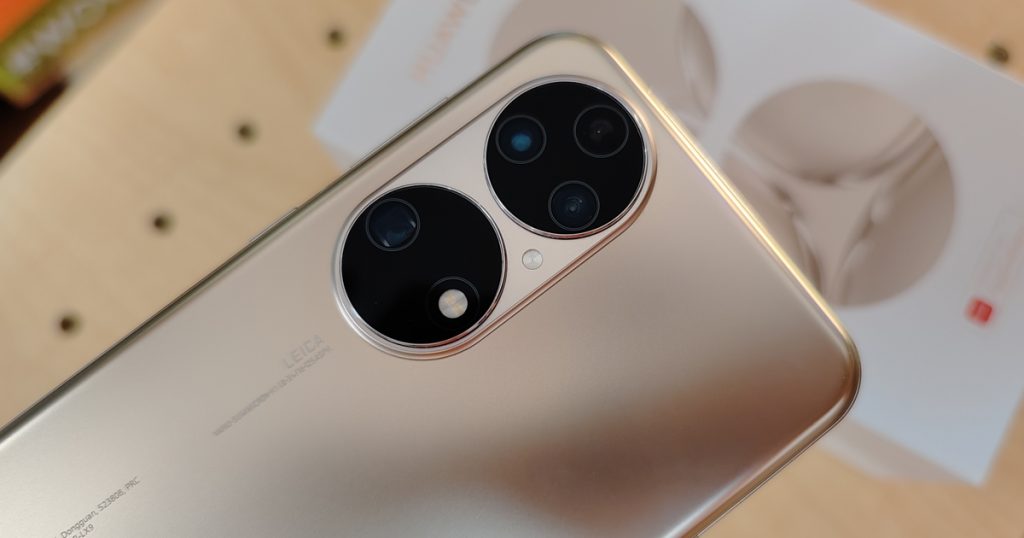 We’ve actually used the Huawei P50 to record a couple of videos for UnGeek already and while we’re very happy with the clarity of result, the phone does get quite hot to touch after.

That being said, the optics on this smartphone is ridiculously good. We’ve already come to expect great things from Huawei and Leica’s partnership and the P50 Series is no exception. Even the non-Pro version of the phone seems to still have Pro photography and videography capabilities.

For starters, the Huawei P50’s Dual Matrix camera module is packed with a large 50MP f/1.8 23mm wide shooter, a 13MP f/2.2 ultra-wide shooter and a 12MP f/3.4 Periscope (5x Optical) Telephoto lens. Huawei is touting their “True-Chroma” technology which presents images as accurately as possible — that without being too overexposed or oversaturated. This gives images a more natural look. Check out some samples below.

For night shots, the phone has improved Night mode for even better imaging with as less noise as possible even with very little lighting. The improved AiS (which is a combination of both Ois and EiS) enhances imaging stabilization so your shots are as clear and crisp as possible. This also translates to video-taking mode.

The stabilization supports not just the main camera itself but even the zoom lens itself. This helps talking photos and/or videos from afar waaaay better than before. 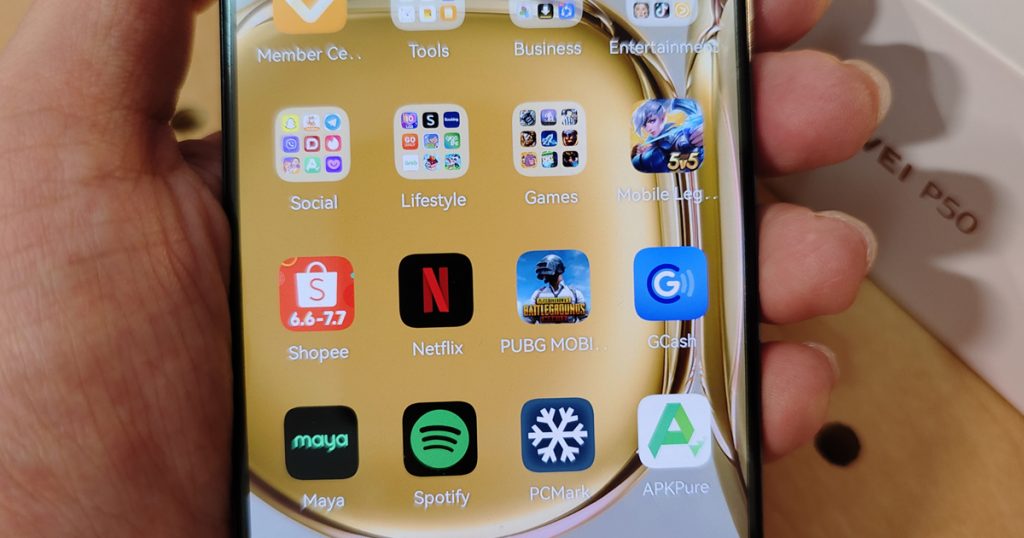 While it may not have the biggest battery around, the Huawei P50 has a very capable 4100 mAh internal battery with a fast 66W charger. That means the phone can pretty much keep up with you and your active lifestyle throughout the day and can go from 0 to 100% ready in less than 30 minutes. As with previous Huawei phones, the P50 does not come with the usual Google Play Store app. But that doesn’t mean that you can’t get access to pertinent google apps like Gmail, Maps and whatnots. 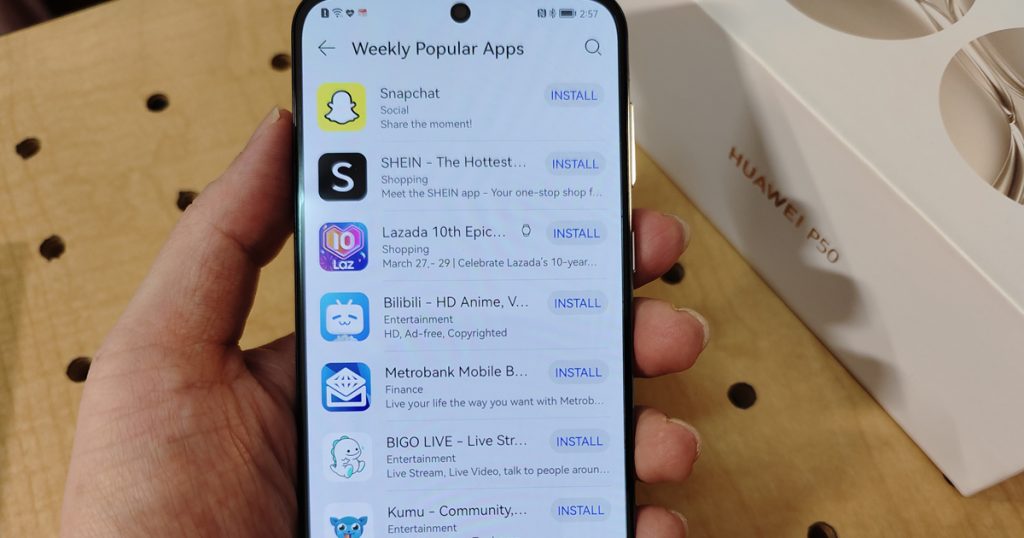 Huawei has been beefing up their own App Store, the Huawei App Gallery, and if an app that you use isn’t available there, you can probably search for an APK via Huawei’s Petal Search mechanism. 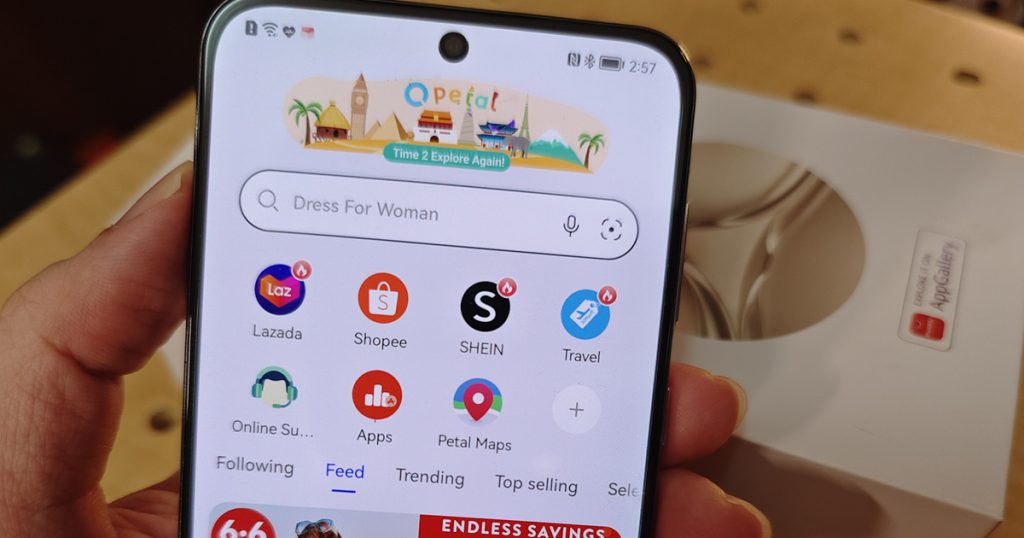 Finance apps like Gcash and Maya are available on the App Gallery itself as well as your shopping apps like Lazada and Shopee. Surprisingly Mobile Legends: Bang-Bang and PUBG Online can be found natively on the App Gallery as well. To round up my entertainment apps, I was able to download a stable version of Netflix and Spotify via Petal Search. 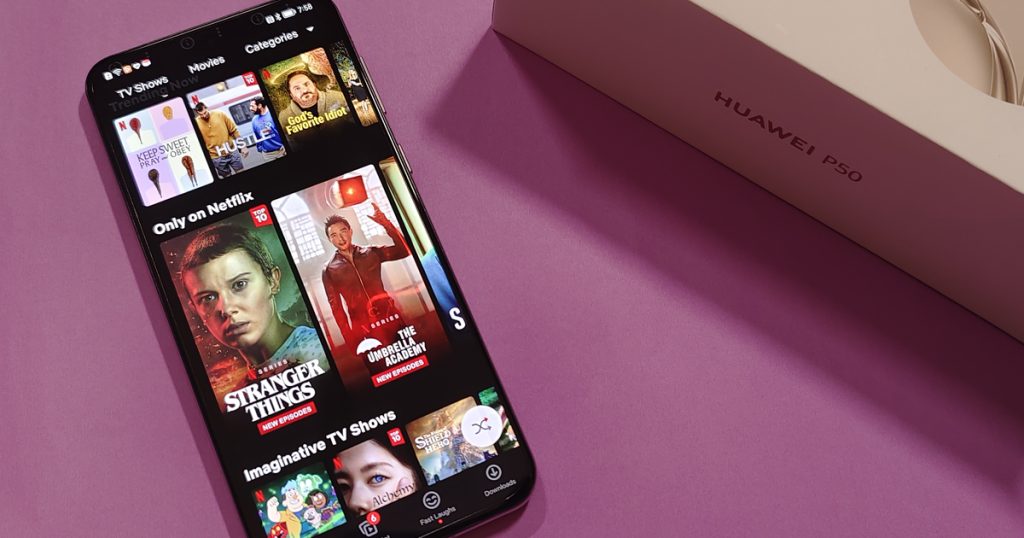 More than 2 years of beefing up the App Gallery and smoothing out third party APK usage, life with Huawei devices, especially with the P50, doesn’t seem at all disruptive as people may initially perceive it to be. Yes, there is life after Google Play, ladies and gents – and the P50 is just one of the latest devices from Huawei to prove it.

Overall, the Huawei P50 Pro is a very reliable flagship device from the brand – and certainly a welcome upgrade from its predecessor. If you’ve been rocking a P20 or P30 and are on the fence of upgrading to a P50, you will do yourselves a world of wonder if you do. The camera improvement alone is worth the jump because even the base model P50 cameras are far more superior than any of the previous P or even Mate series cameras. They really outdid themselves this time with the update and it may be a while before we come across another Huawei smartphone with a Leica-supported optics so this is your last chance (for now) to enjoy this amazing partnership. If there ever is a downside to the series launch, it’s the weird decision of not pushing for a 5G chipset. While 4G is still the more widely used signal around the country, 5G is quickly becoming the norm. That being said, if you’re not a stickler for the quickest download and upload speeds, 4G speed is still a pretty fast standard even with today’s rising 5G-capable areas. 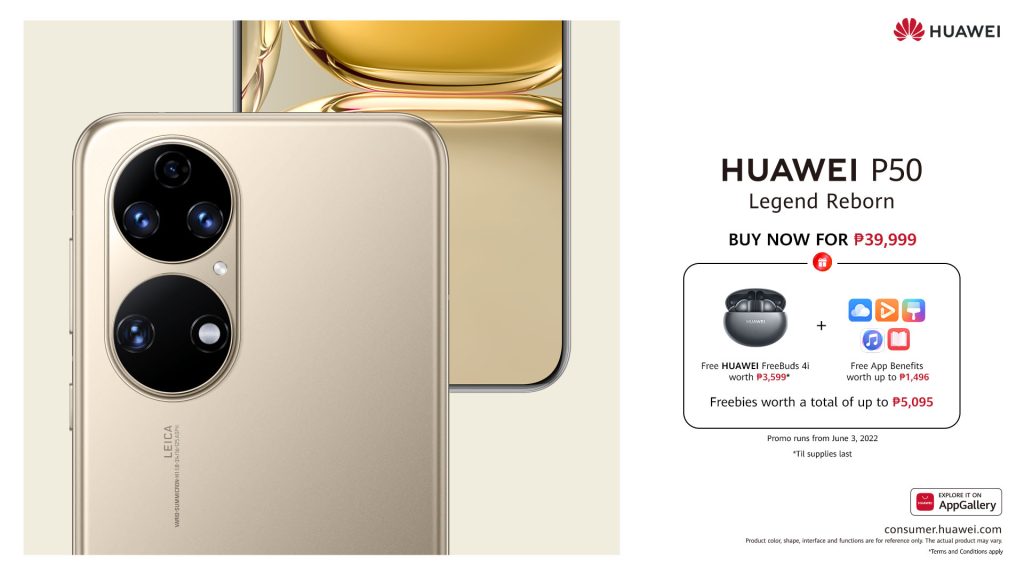 The Huawei P50 retails for Php 39,999 with possible freebies if you’re quick enough to get it and is available in pretty much all Huawei concept stores, official retailers and online channels.