A new Kaguya-sama: Love is War anime has been announced! 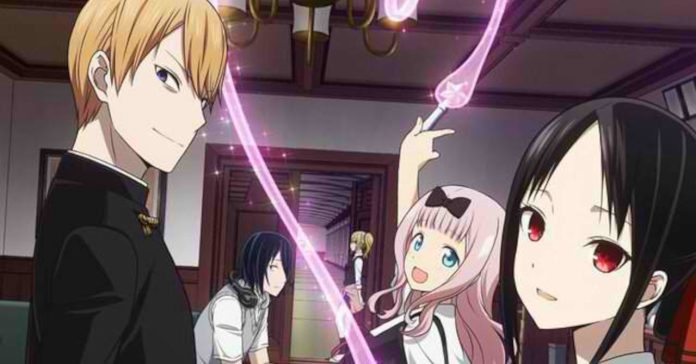 Following the season 3 finale, a new Kaguya-sama: Love is War anime project has been announced!

The upcoming anime project was announced at the end of the Love is War season 3 hour-long finale. Though currently, there’s no word yet on if the new anime is season 4 or if it is a movie. More info on this will be announced soon.

Without going into spoiler territory, the third season ended at a major turning point in the manga, leading fans to speculate on whether the show will continue as a series. Given that the manga did continue after this arc but had a major tone shift, if this new anime is indeed a fourth season, you can expect the show to be less of a romantic comedy moving forward.

In case you’re unfamiliar, Kaguya-sama: Love is War is a romantic comedy anime series based on the manga of the same name. The series’ premise is described as:

Haven’t been updated with the show? Here’s where you can watch the series’ third season:

Kaguya-sama: Love is War Season 3: Where to Watch