The next Mario + Rabbids game is official! 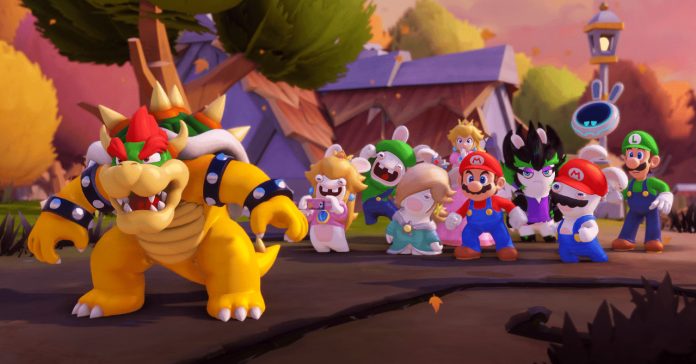 Ubisoft has officially announced Mario + Rabbids Sparks of Hope, and it releases exclusively on the Nintendo Switch this October.

This latest game in the Mario + Rabbids series was announced during the recent Nintendo Direct, and the announcement was made via a new trailer which shows off gameplay. Though the game was leaked on the Nintendo website back in June of last year.

Sparks of Hope is the latest game in Nintendo and Ubisoft’s crossover series, and it features a mix of turn-based tactics and real-time action for its gameplay.

Ubisoft describes the game’s story as:

“Determined to consume all the energy in the galaxy, Cursa and its minions are hunting the Sparks, uncanny creatures formed by the fusion of Lumas & Rabbids, and will destroy all who stand in its way. Players will have to locate and save the Sparks to have them join the adventure, opening up new tactical possibilities to help Heroes get the upper hand in battles. In addition to leveling up and customizing their Heroes, players will have the opportunity to pair them with Sparks to unlock additional abilities! They all have a distinct power and personality, ranging from energy shields to powerful elemental attacks.”

Mario + Rabbids Sparks of Hope will release only on the Nintendo Switch on October 20, 2022.

- Advertisement -
Previous article
Everything Everywhere All at Once Review | Watch It, At Once!
Next article
Install, Insure, Invest: Achieve your Goals with new services from GCash