We finally have our first look at the new Cyberpunk 2077 anime! 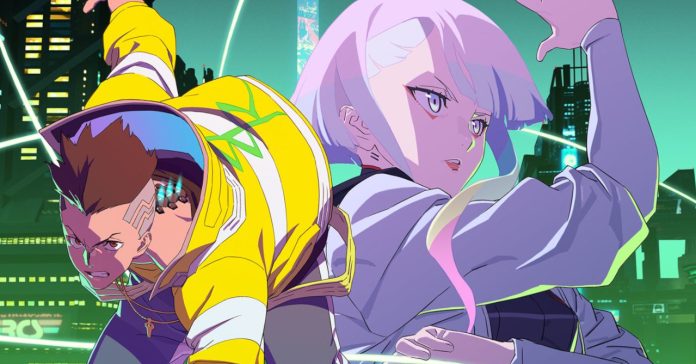 Netflix just broke out the big guns, with Cyberpunk: Edgerunners a brand new, 10-episode anime series set in the universe of Cyberpunk 2077. This anime series was originally announced back in June 2020.

This colorful, action-packed show is a collaborative effort between CD Projekt Red, well-known for The Witcher series and Cyberpunk 2077 respectively, and Studio Trigger, best known for Kill la Kill, Darling in the Franxx, and Inferno Cop.

So, you can expect a whole lot of eye candy.

While very little can be gathered based on the trailer (as it should), we catch a glimpse of what to expect: guns, gore, high-octane action, and a whole lot of style. The show’s protagonists, David and Lucy were drawn by chief character designer, Yoh Yoshinari. From their designs alone, you know Studio Trigger is gonna go hard–and we can’t wait.

Cyberpunk 2077 was released in December 2020. It follows the exploits of the mercenary known as “V” as they goes about their life in Night City–working for various shady individuals, making ties with the local powers-that-be, and unraveling the mysterious ties that they possess with the digital ghost of a certain Johnny Silverhand.  The game garnered a whopping 1 million players at launch–a feat surpassed only by Elden Ring two years later.

Cyberpunk: Edgerunners will be streaming on Netflix in September 2022.