Junker Queen is a tank hero that's coming with Overwatch 2! 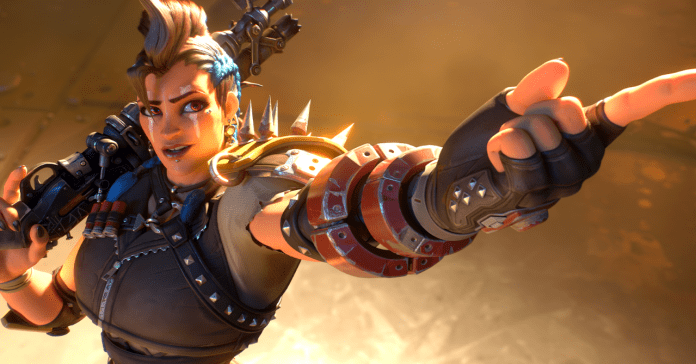 Overwatch 2 welcomes its newest tank hero in the form of Junker Queen–a badass with a big axe and even bigger ideas. The Scrapyard’s sovereign is fierce, resourceful, and no stranger to survival. Now, she’s come to claim her rightful throne.

Junker Queen’s playstyle and kit were built from her pre-existing Overwatch lore. The Junkertown map showcases her tough, almost brutal personality–a perfect match for the one in charge of the place. 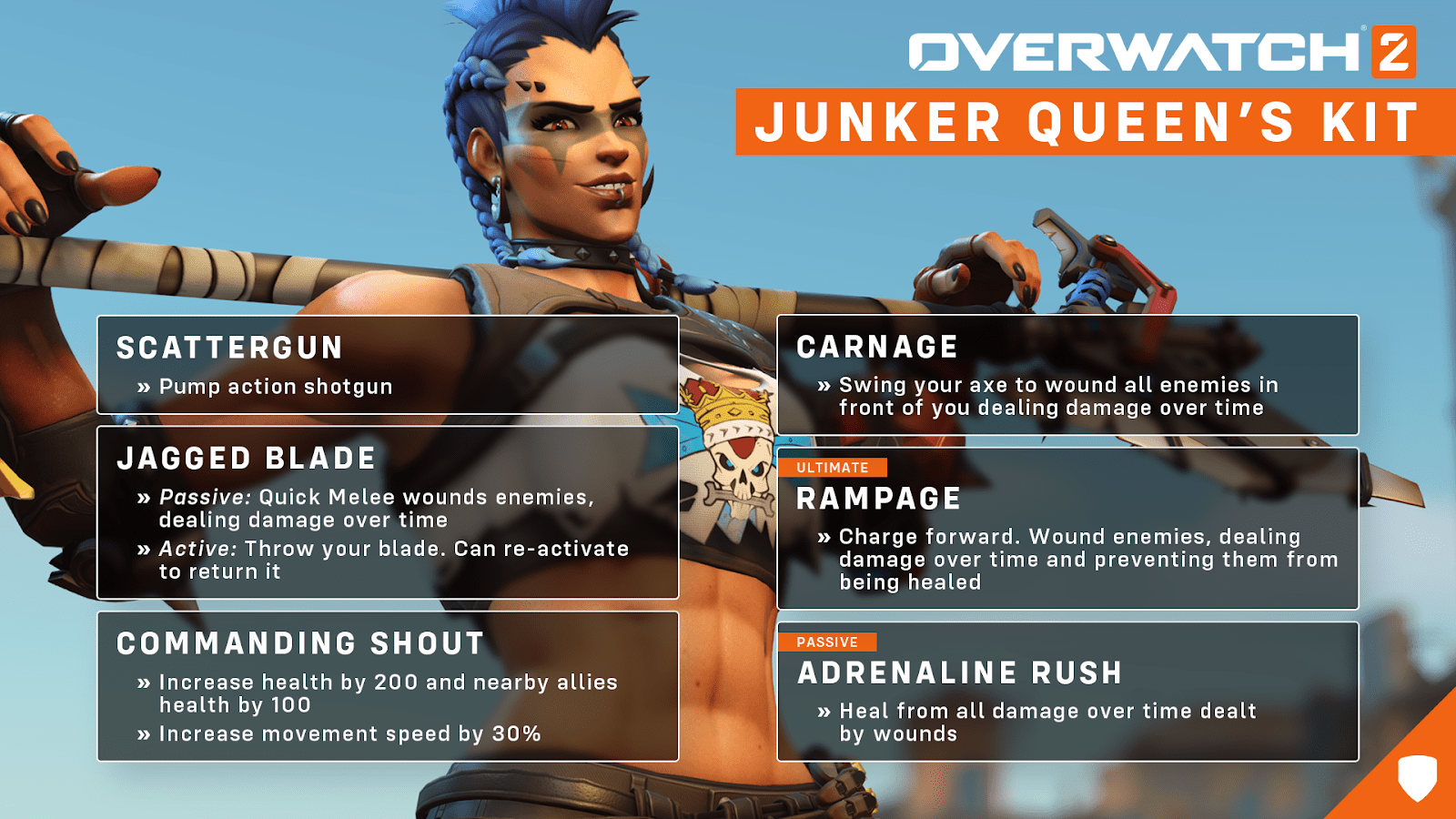 Junker Queen’s kit is pretty straightforward. There’s beauty in the simplicity of her no-nonsense skillset of murder.

Adrenaline Rush is the cornerstone of Junker Queen’s identity as a tank. The passive ability heals her from all damage over time dealt by wounds. Many of her abilities apply wounds that cause enemies to slowly drain health. This life-steal passive adds to her survivability and aggression.

All of Junker Queen’s abilities encourage her to get up-close and personal with her enemies. Scattergun is a pump-action shotgun with a small spread that punishes enemies who invade your personal space.

Carnage consists of a big, sweeping swing that wounds all enemies in front of her, dealing damage to them over time and activating Adrenaline Rush.

Jagged Blade is Junker Queen’s secondary fire and comes with both active and passive abilities. The active ability triggers when you press secondary fire, causing her to throw the knife in her off-hand. Her knife, which the Queen calls “Gracie,” applies a wound that causes damage over time if she lands a direct hit on an enemy. Her magnetic gauntlet can recall the knife by re-activating secondary fire. Recalling Gracie will pull any enemy that’s been directly hit, which is never a good thing, especially if you’re a Mortal Kombat fan.

Rampage is Junker Queen’s Ultimate. It charges her forward, grievously wounds enemies, and prevents them from healing. Paired with Adrenaline Rush, Rampage is one of Junker Queen’s strongest survivability assets; it applies a deadly wound to anyone in its path, giving her the potential to restore a significant amount of health with Adrenaline Rush depending on the number of wounds she manages to apply.

When it comes to tanks, Junker Queen is looking to be an absolute menace. She strikes the balance between defensive survivability and murderous brutality–and she’ll be striking a whole lot more than that when Overwatch 2 comes out on Microsoft Windows, PlayStation 4, PlayStation 5, Xbox One, Xbox Series X/S, and Nintendo Switch, this October 4, 2022.