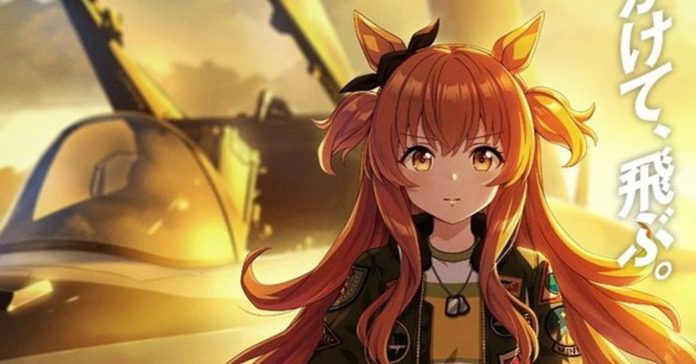 Top Gun: Maverick has teamed up with Uma Musume to treat moviegoers in Japan to collectible Uma Musume collab cards! 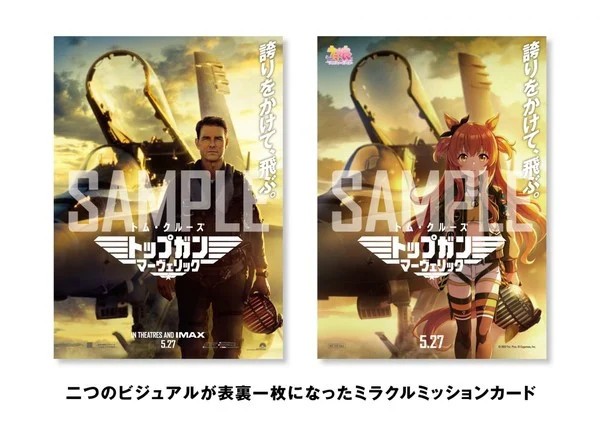 Of course, the character Mayano Top Gun takes center stage in the key visual. According to the Uma Musume Pretty Derby lore, the horse girls are said to share the spirits and names of famed racehorses through history. While Mayano Top Gun is an outlier in this category (no horse named Top Gun), it’s definitely nice to see this collaboration happen. From the design resemblance, to the catchphrases (“You copy?”), she’ll definitely be your wingman. Or woman. Or horse?

To top things off, the girls of Uma Musume were actually able to snag a brief interview with Tom Cruise himself. You really need to see the wholesomeness unfold.

The collaboration was first announced last September, even before Top Gun: Maverick’s official Japanese screening. The film’s release was delayed to May 27 in both Japan and the U.S. due to COVID-19.

In case you’re unfamiliar, Uma Musume Pretty Derby is a hugely popular Japanese mobile game. Though it is a bit unexpected to see Uma Musume collab with Top Gun. We’re not complaining though.

This isn’t the first video game collaboration we’ll be seeing with Top Gun. Some new Ace Combat DLC was recently announced, which is very fitting, given how the game is, well, all about fighter jets.

Top Gun: Maverick premiered in cinemas in the Philippines las May 25, and is still showing in cinemas.

Now, I leave you with Tom Cruise running to Umapyoi Densetsu because why not?

- Advertisement -
Previous articleRyan Gosling and Chris Evans duke it out in this new clip for The Gray Man
Next articleIs it worth getting an extra SSD for your PS5?