Uniqlo has a new collection for anime fans! 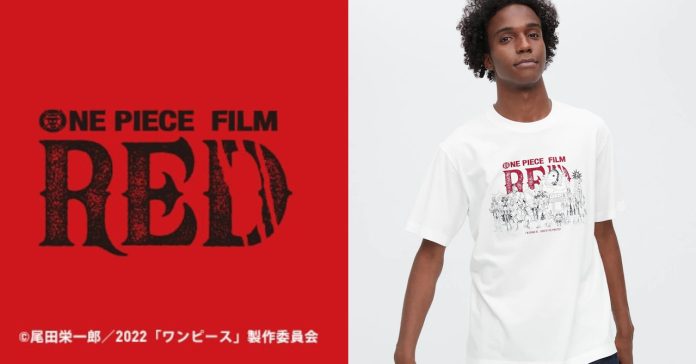 This new UT collection was revealed on the official Uniqlo Japan website. The collection features four graphic tees, and they will release in Japan this July.

The four t-shirts each sport different colors (black, red, navy, and white) along with unique prints. Each shirt is priced at JPY 1,500.

Check out all of the designs here: This Uniqlo x One Piece Film: Red line will release on July 11 in Uniqlo Japan stores. Currently, there’s no word yet on an international release. Though given that Uniqlo’s Spy x Family line released here in the Philippines recently, we expect to see this collection launch in the country soon as well.

In case you’re unfamiliar, One Piece Film: Red is the next upcoming anime movie in the long-running One Piece franchise. The movie is the 15th feature film in the series, and it was announced back in November to commemorate anime series’ 1000th episode.

This new One Piece movie will feature Luffy and the Straw Hat crew, but it will center arond a new character named Uta. The film will release in Japan on August 6, 2022.