Meet the Cast of Netflix’s The Gray Man

The Gray Man releases on Netflix this Friday! 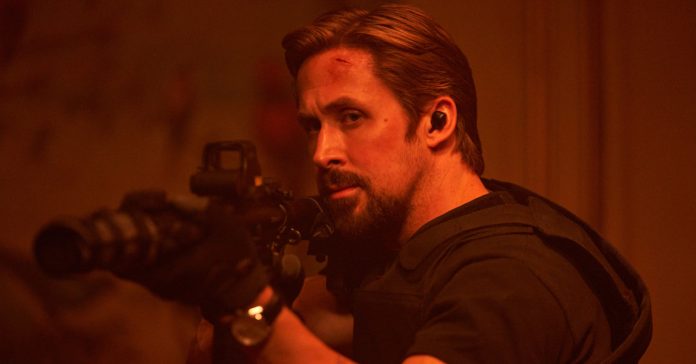 Ahead of the film’s release this week, Netflix held a press conference featuring the cast of The Gray Man, the upcoming film from Anthony and Joe Russo (the directors of Avengers: Endgame).

The Gray Man is a film that features a star-studded cast, featuring both action movie veterans and up-and-coming stars.

In case you missed its announcement (and subsequent trailer releases), here’s a quick rundown of the series’ main cast, along with some interesting insight that they shared during the press conference.

Ryan Gosling on training for the movie:

There was, as you can imagine, a lot of training for the film.  But, yeah, I had an incredible amount of help. There was an amazing stunt team. At first, they sort of went through all these different styles of martial arts and tried to curate it for you and the character. And then we had this amazing advisor named Chili Palmer, who’s an ex-Delta Force member.  I tried to just join myself at the hip with him.  He had all these, amazing tactical advice, and also these really amazing ideas.

Chris Evans on playing the villain:

I mean, playing a villain is always a little more fun. You have a little bit more freedom, you get a lot more jokes, but working with the Russos is what gives that sense of trust and freedom.  When you trust the filmmakers, you’re more willing to take risks, and certainly, a character like this demands risks.  So, without the Russos and the relationship and rapport we have, I don’t know if I would have had such a rewarding experience.

Ana de Armas on what caught her eye about the film:

Alfre Woodward on what drew here into The Gray Man:

The big draw for me was that when I read it, I was excited.  It reads just as exciting as it is on film, and I wanted to impress my grown-up children with the cast.  But it was really that it was taking place in Thailand, Hong Kong, Czech Republic, and London. And then I said, “Yes,” and then they told me that I was just gonna be in Long Beach [LAUGHS].

Billy Bob Thornton on what interested him about his character:

The thing that really interested me about the character is that here’s a guy who’s a high level spy, and there’s a part of that where you have to be sort of cold-blooded in a lot of ways.  I mean, you have to make life and death decisions all the time, but then when you bring in the personal relationships, it’s like, “How do I remain a human and yet?”

Rege Jean Page on getting ready for the role:

I mean, it was very similar to the prep that you put into any role. I try to come at each script like a duckling that’s never seen a script before in my life, and kinda start fresh. I always make sure that this guy had a background, he had a reason to be the way he is, because the immediate reaction to Lloyd is you look at him and go, “Who does this?”

I wanted it to be shocking, but I also wanted you to go, “Oh, okay, that makes sense.”  I mean, to be surrounded by two douchebags for that long?  Like, who wouldn’t snap?

Julia Butters on working with the cast

It was amazing working with these people.  I respect them so much and I think they’re so incredibly talented.  And I’m more of an observer than someone to ask for advice, and, I mean, whether that was watching Chris twitch into Lloyd, literally physically like… or [LAUGHS] watching Billy just take seconds to calm down and think.  I honor them so much in their process.

Dhanush on the experience of working on his first Hollywood blockbuster:

It was amazing.  I had a great time understanding how Hollywood works.  I’ve done about 50 films, 22 years of work in Indian film industry.  You often don’t get chance to feel like a newcomer because the first time it all happens in a blur, you don’t realize what’s happening but this time, you know, I had an opportunity to look at myself like a newcomer.

Growing up watching Hollywood films and to be in one is like really… yeah, it’s nice. And I’m very thankful to the Russos for finding me and casting me.

The Gray Man release exclusively on Netflix on July 22, 2022.

- Advertisement -
Previous article
Holostars EN is official, debut date and time announced
Next article
Ana de Armas on her role in The Gray Man versus No Time to Die