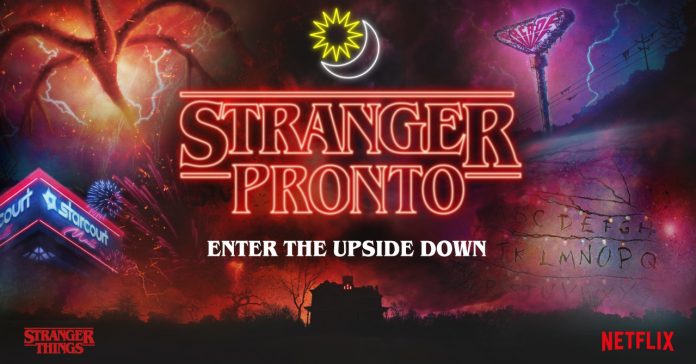 Open from today until September, this “Stranger Pronto” collab will feature a Stranger Things theme inside the Pronto Shibuya Fukuras branch. Along with an Upside Down-inspired design, the collab cafe will also feature Stranger Things-inspired food and drinks. 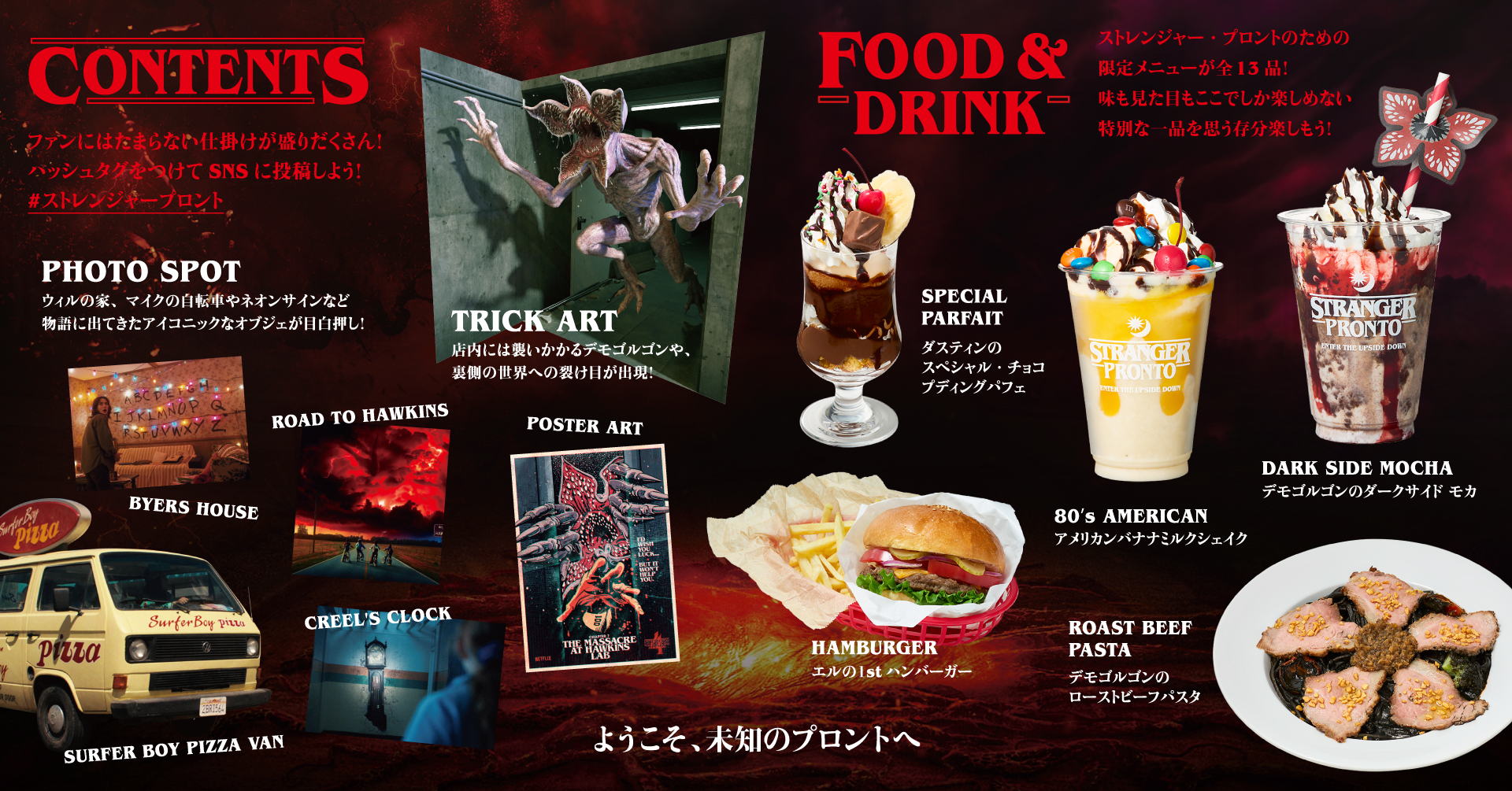 Specifically, the Stranger Pronto menu features a hamburger (inspired by Eleven’s first burger from season 1) along with a roast beef platter that’s shaped like the Demogorgon. For drinks, there is a parfait, an 80’s American milkshake, and a “Dark Side” mocha with a Demogorgon straw.

As for the cafe itself, diners are able to take photos in designated photo spots, including the Byers House, the Road to Hawkins, Creel’s Clock, and the Surfer Boy Pizza Van. There is also a cool trick art of the Demogorgon inside. 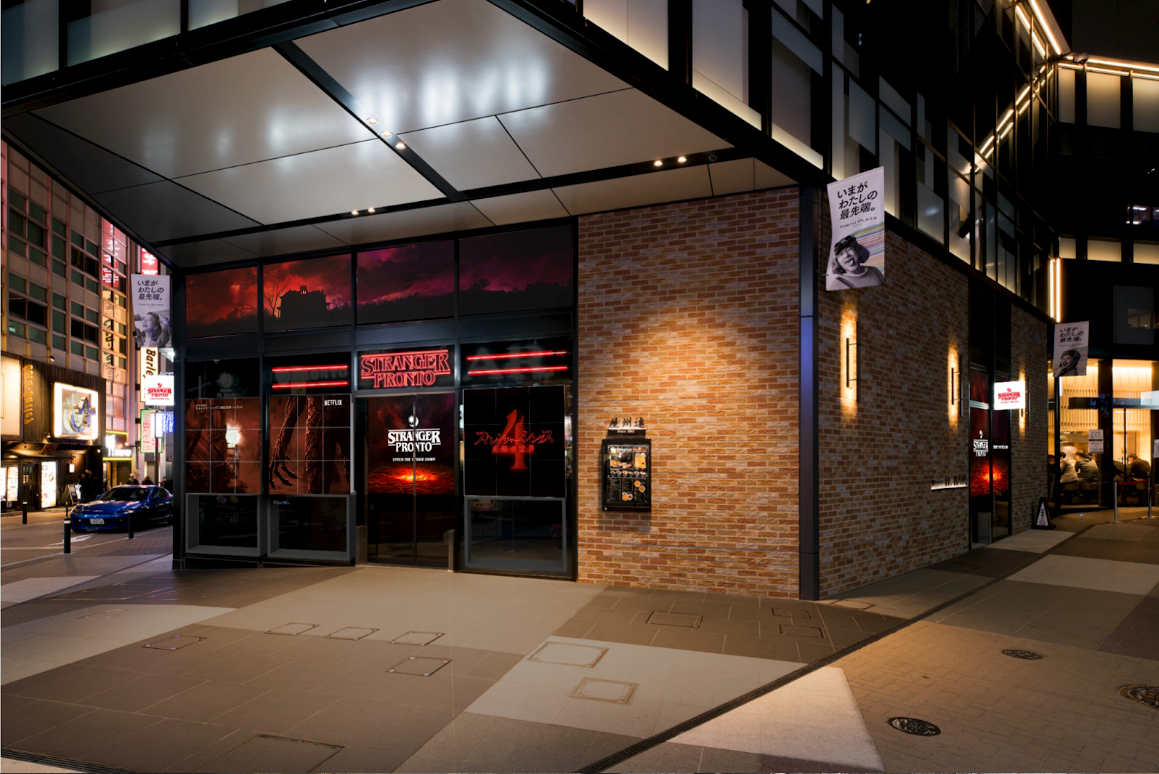 In case you’re unfamiliar, Pronto is a cafe and bar chain in Japan with a cool concept. Aside from serving typical cafe fare like coffee and meals such as pasta, Pronto also serves alcoholic beverages and bar chow.

Interested in visiting the Stranger Things collab cafe? The special collaboration is happening at the Pronto Shibuya Fukuras branch from July 6 and September 9, 2022.

- Advertisement -
Previous article
A Lollipop Chainsaw remake is coming in 2023
Next article
7 “bagsak-presyo” tech items at the Shopee 7.7 Mid-Year Sale