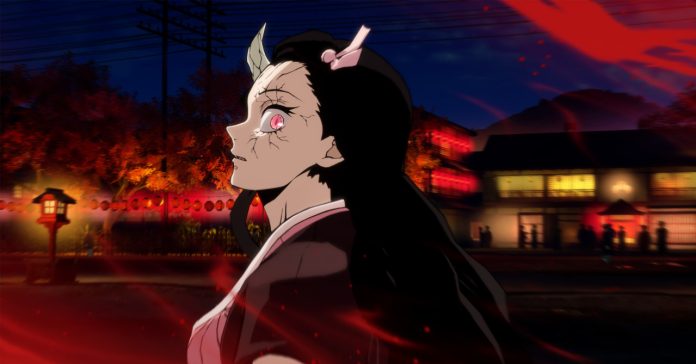 Following the game’s launch on the Switch, and Sound Hashira Tengen Uzui making his very handsome, yet boisterous appearance, Nezuko Kamado’s ‘Advanced Demon Form’ Character Pack has made its way into Demon Slayer: the Hinokami Chronicles.

This new DLC adds Tanjiro’s lovely, badass baby sister to the game’s roster. The character pack also includes new profile photos and in-game quotes. However, just like Tengen Uzui, the Advanced Demon Form of Nezuko can only be used in Hinokami Chronicles versus mode.

Lastly, the exciting Group Match function has alsand o been added. This allows up to eight players to join up and battle against one another–tournament style. Within each group, players will face off two at a time, while others who are online are free to join in and spectate.